Dubrovka Apartment is a small apartment designed by Za Bor Architects in 2013. It is located on 24th floor of a residential building in Moscow, Russia. 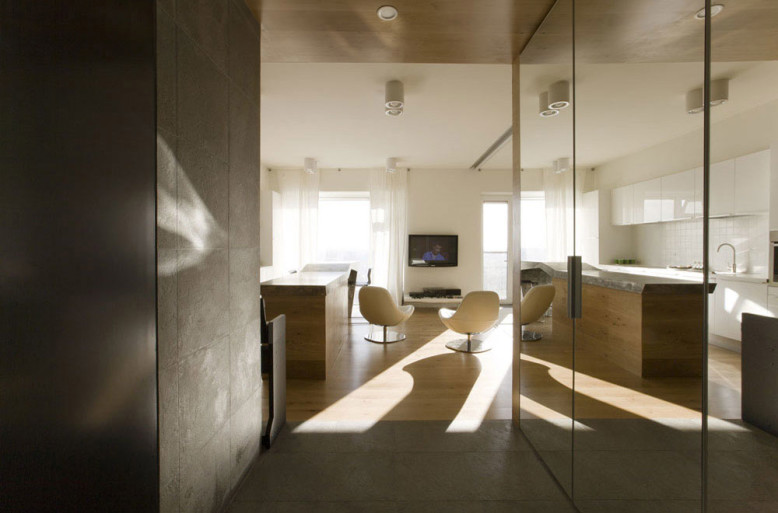 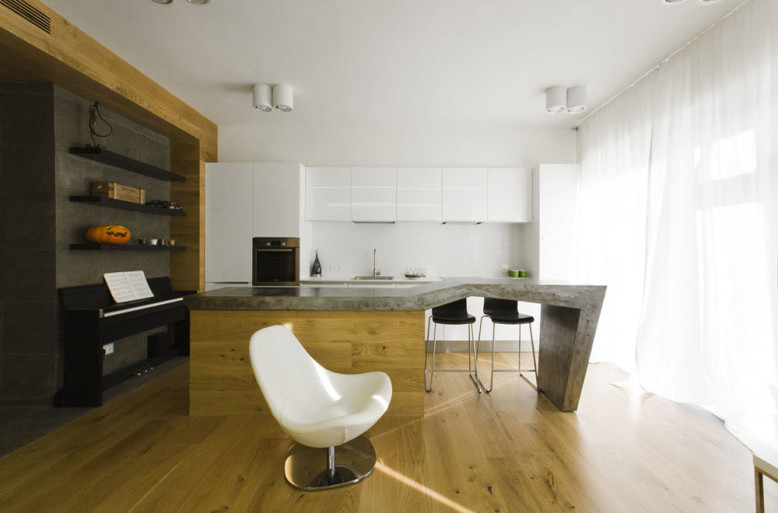 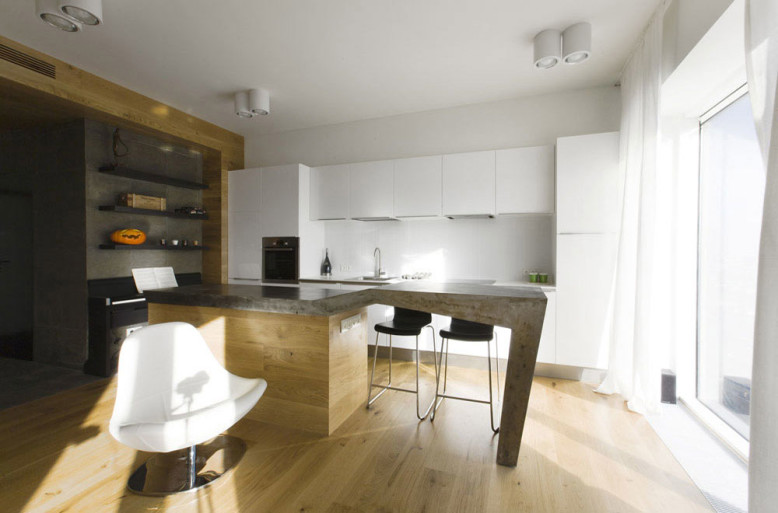 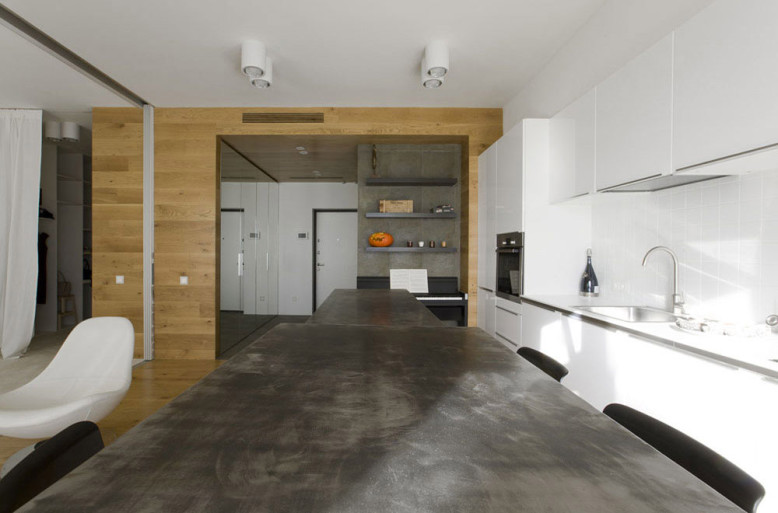 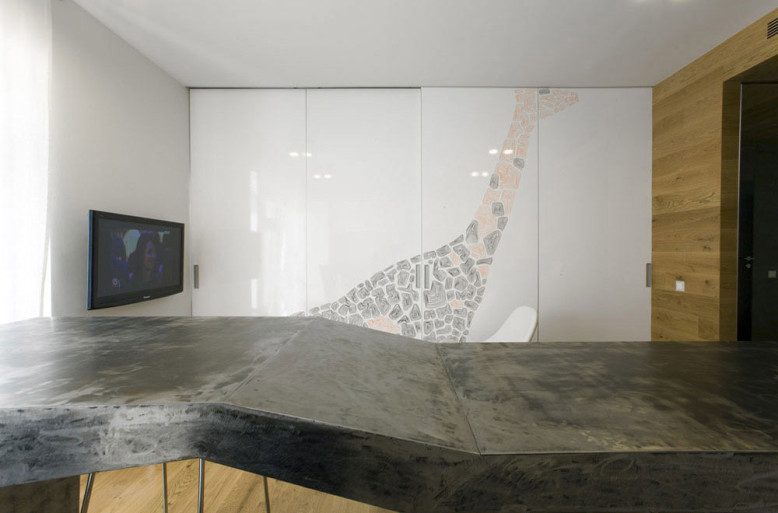 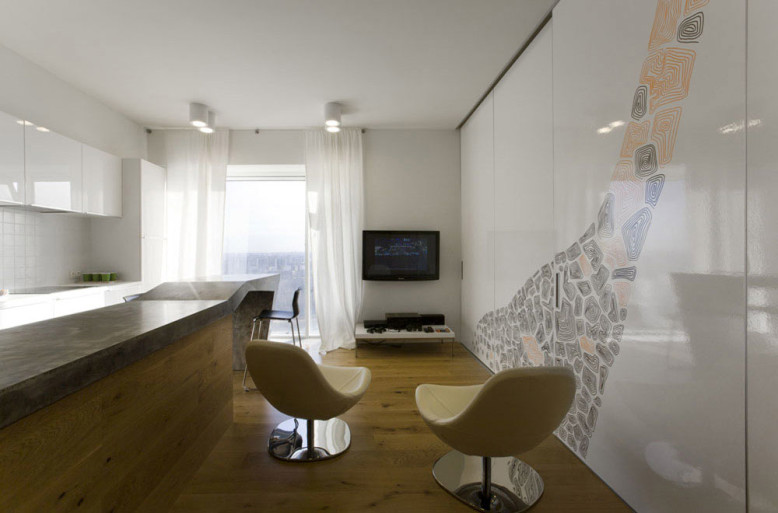 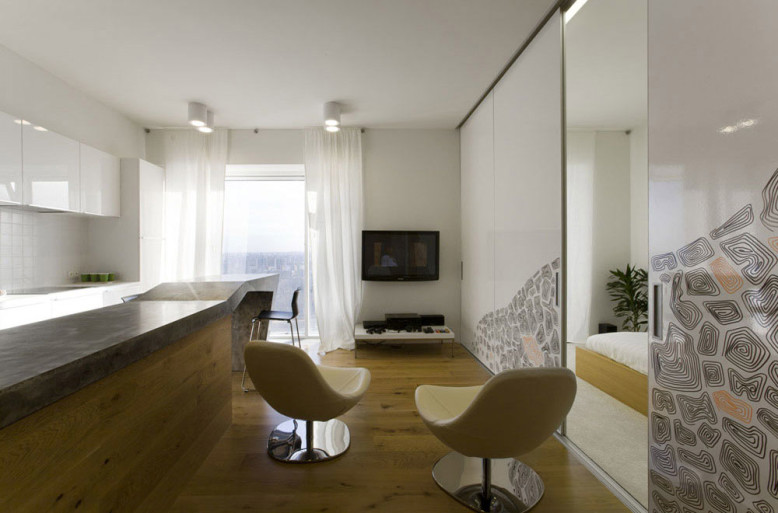 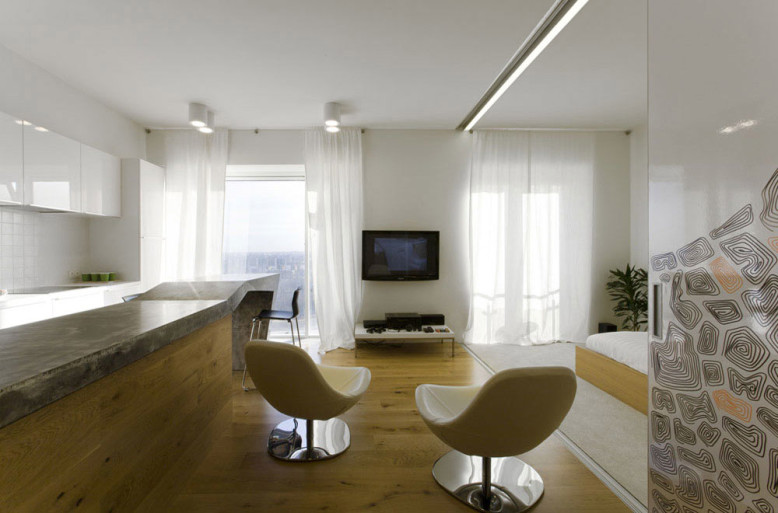 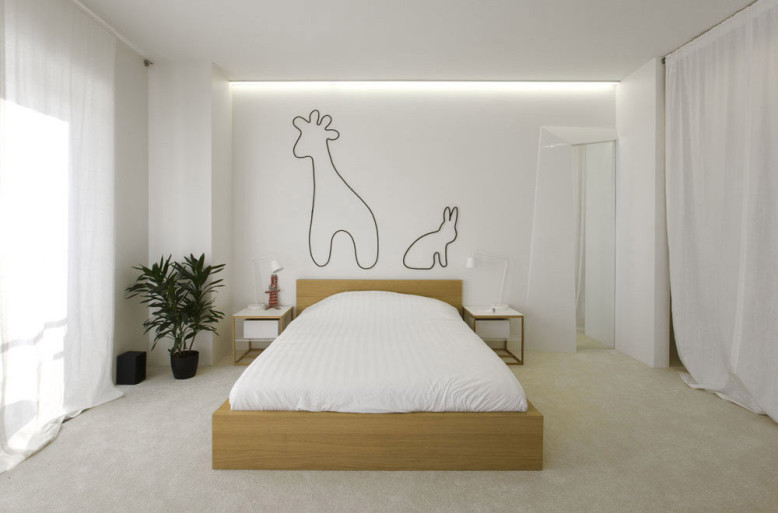 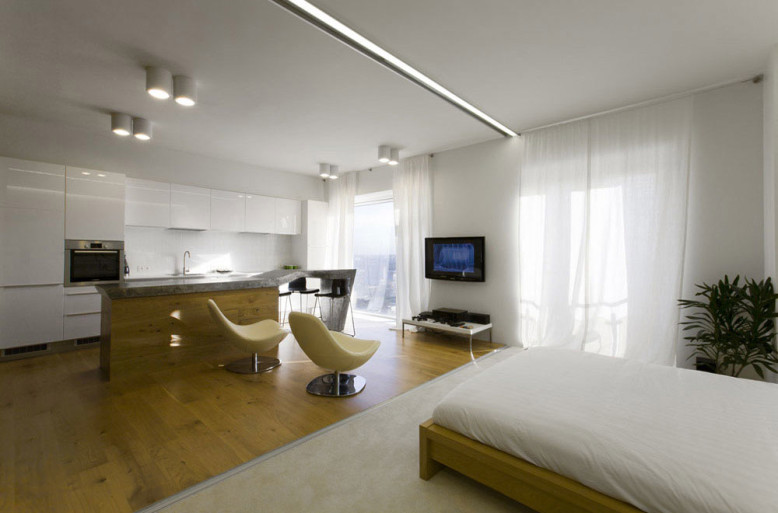 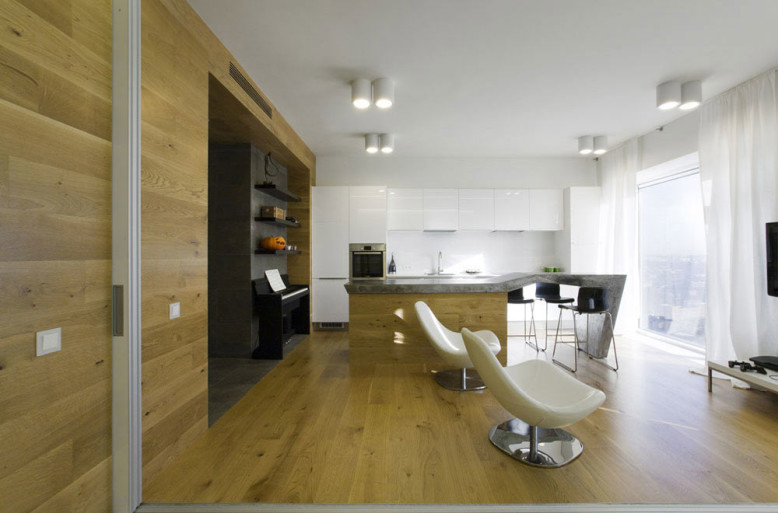 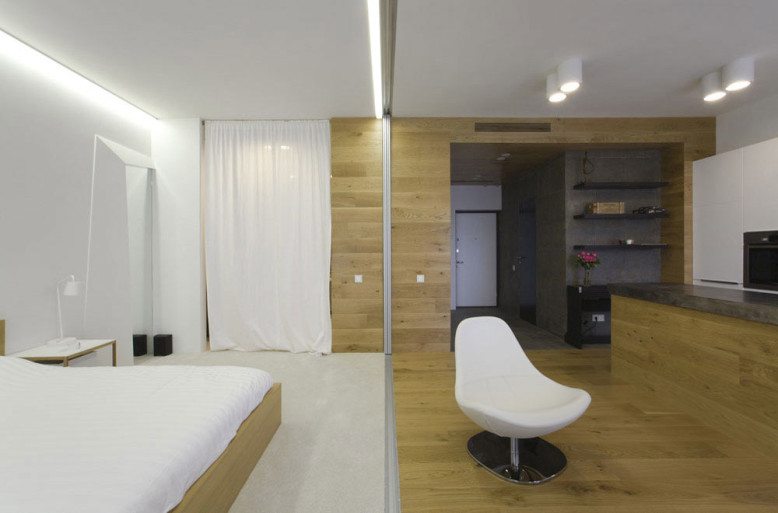 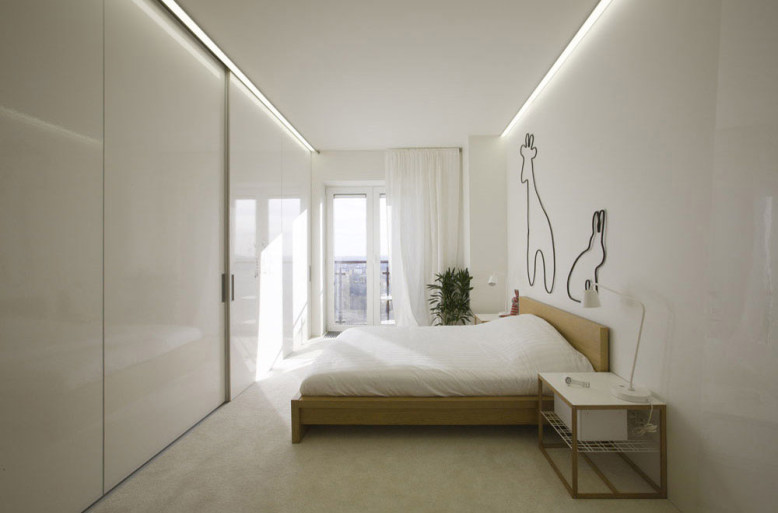 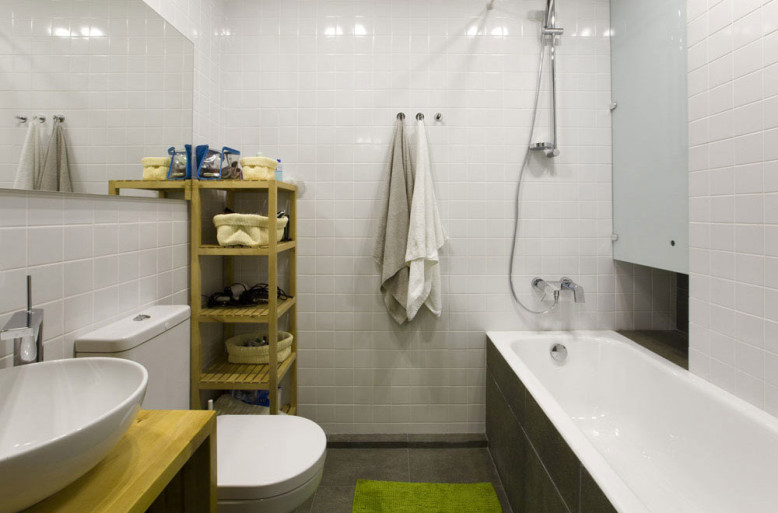 “Architect Peter Zaytsev – the partner in za bor architects – had designed this small apartment for his family. This small studio is located on 24th floor of newly built «Dubrovskiy» residential building in Moscow. Peter Zaytsev thinks, that architecture has to be simple in the context of decoration, but not in the context of shape, that’s why flat is finished in white color, «a simple and modest color».
Central living space connects a kitchen, a living room and a bedroom, though it may be separated with sliding partitions equally. In fully stowed position they can be hidden inside of the wall, and in fully expanded position they separate the whole bedroom space. What’s interesting is that while the budget was not too high, architect still had to create some custom furniture. For instance, in the project there had to be a contrast black bar counter in the kitchen, but after a market research, it was obvious that it is more convenient to order a custom-built one.
At the end this bar counter became one of the main interior details, made of steel sheets, and finished in aggressive lines. Though, this is not the only complicated and unique interior detail – a peculiar reply to it is a unique curved mirror frame, which makes it invisible from the bed.
There are two animal silhouettes above the bed, acting as a contrast decoration. Made with a usual black cord, these hare and giraffe symbolize the house owners.” 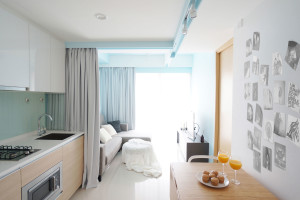 HUE D has designed the Curtain Apartment, a small apartment[...] 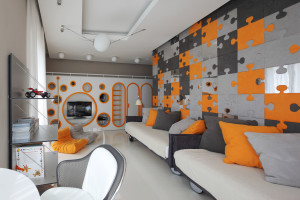 Riviera Apartment was designed by Geometrix Design. This cozy apartment[...]

LCD “Moscow” Bachelor Apartment is a project by Angelina Alexeeva.[...]