Zecc Architecten in collaboration with interior designer Roel van Norel have designed this compact recreation house in 2014. The small wooden cottage has replaced an existing garden house. It is located in a rural area north of Utrecht, Netherlands. 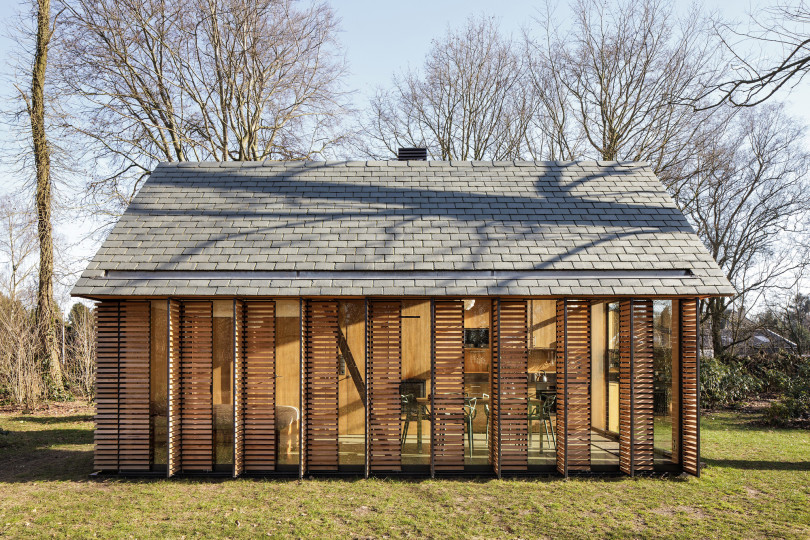 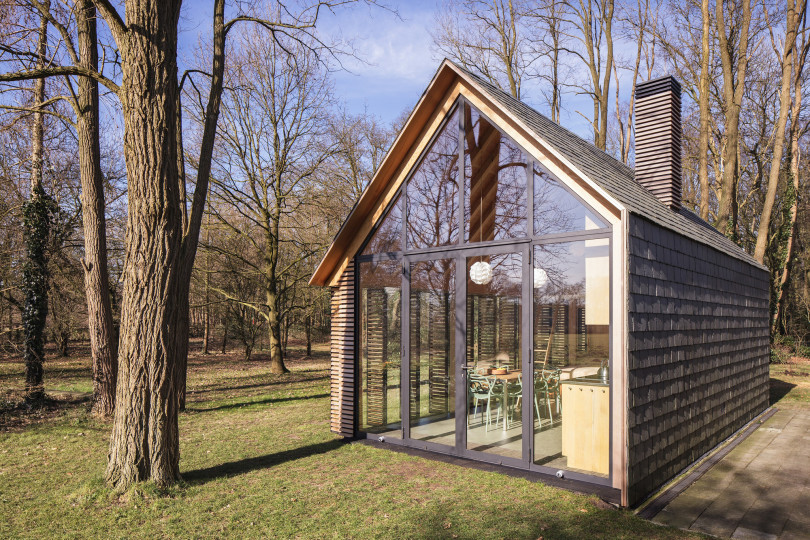 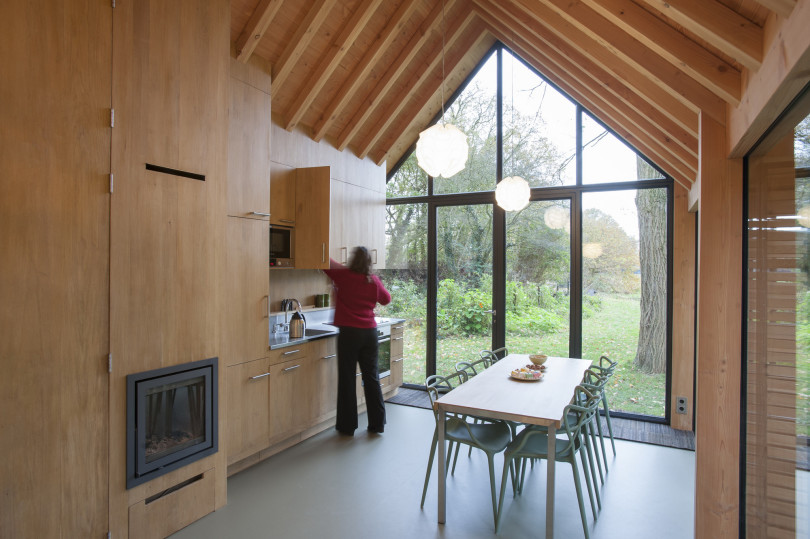 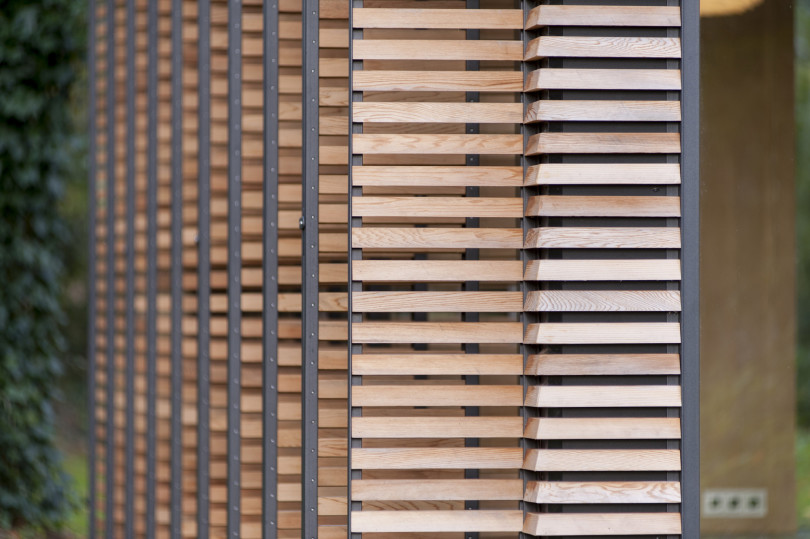 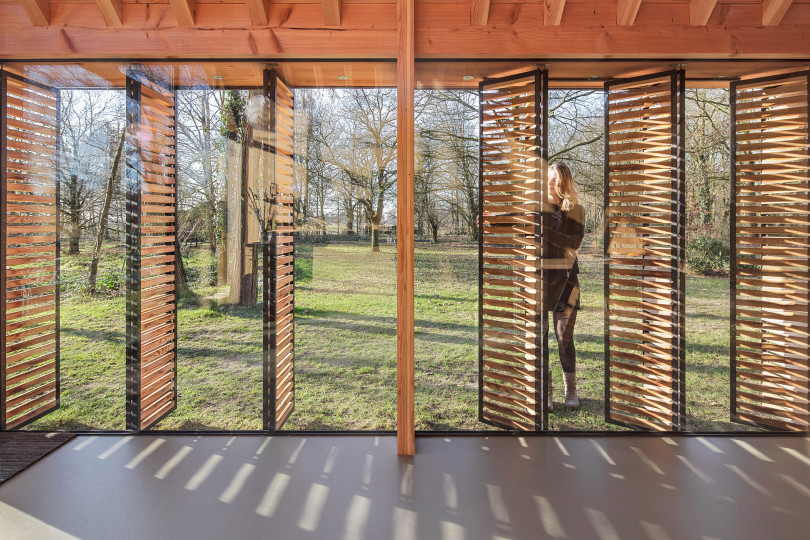 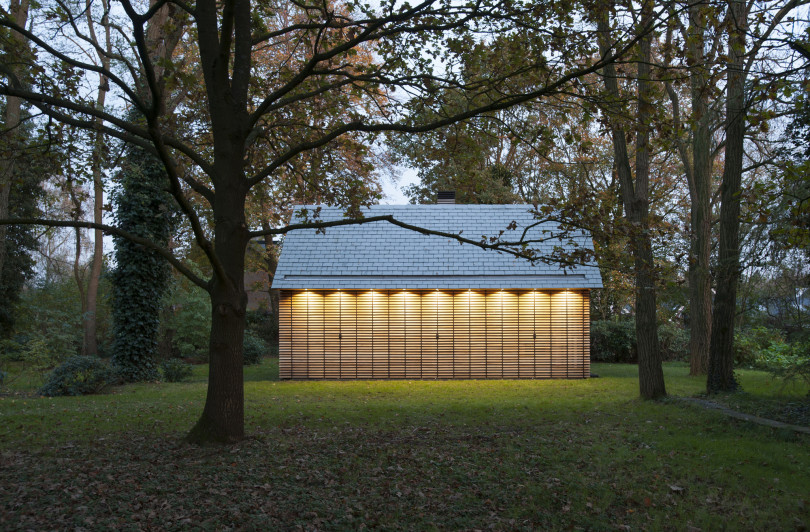 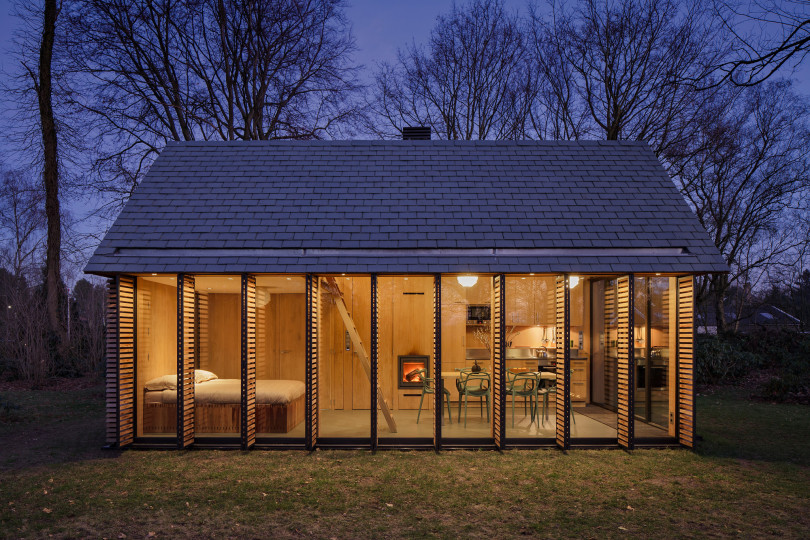 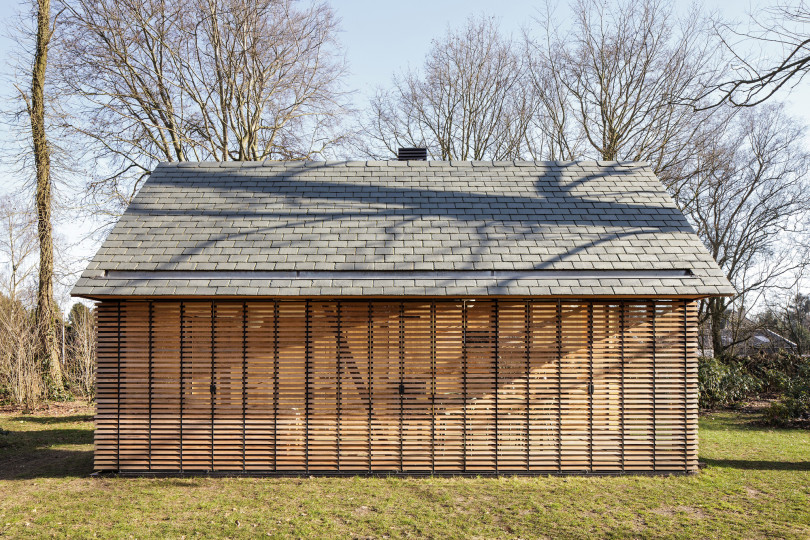 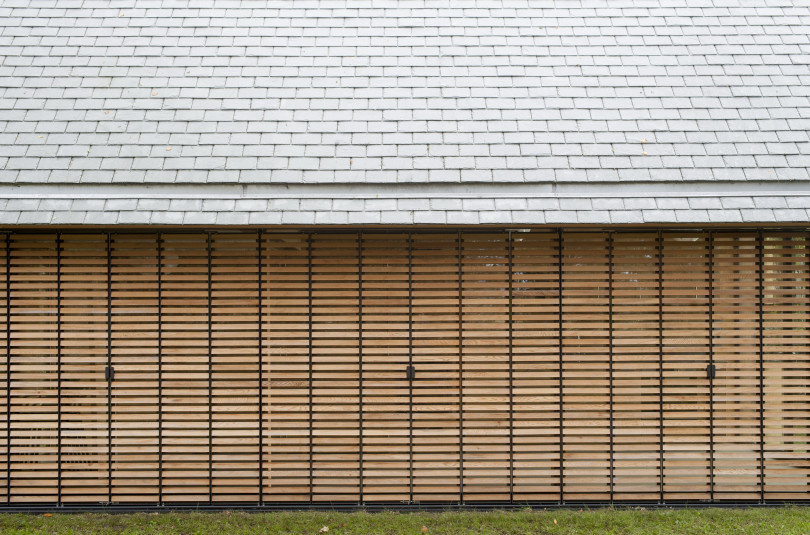 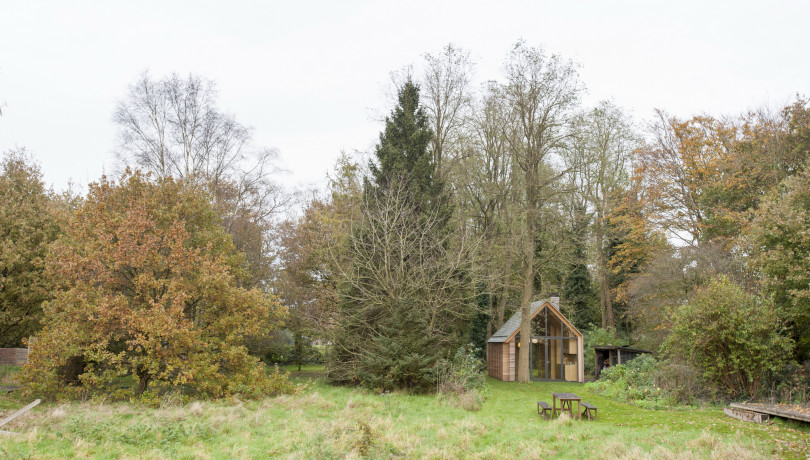 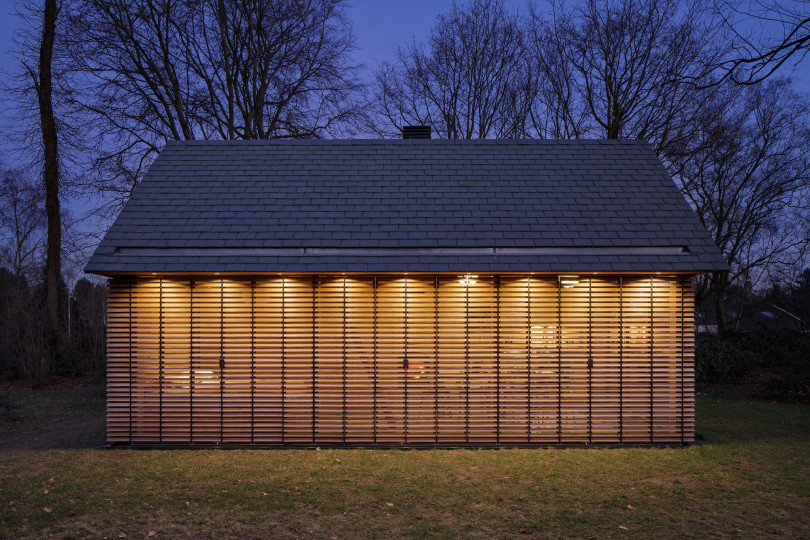 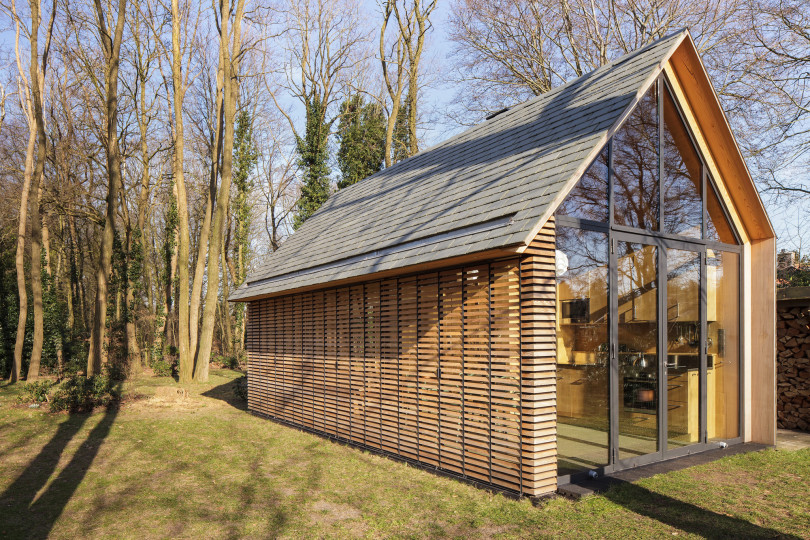 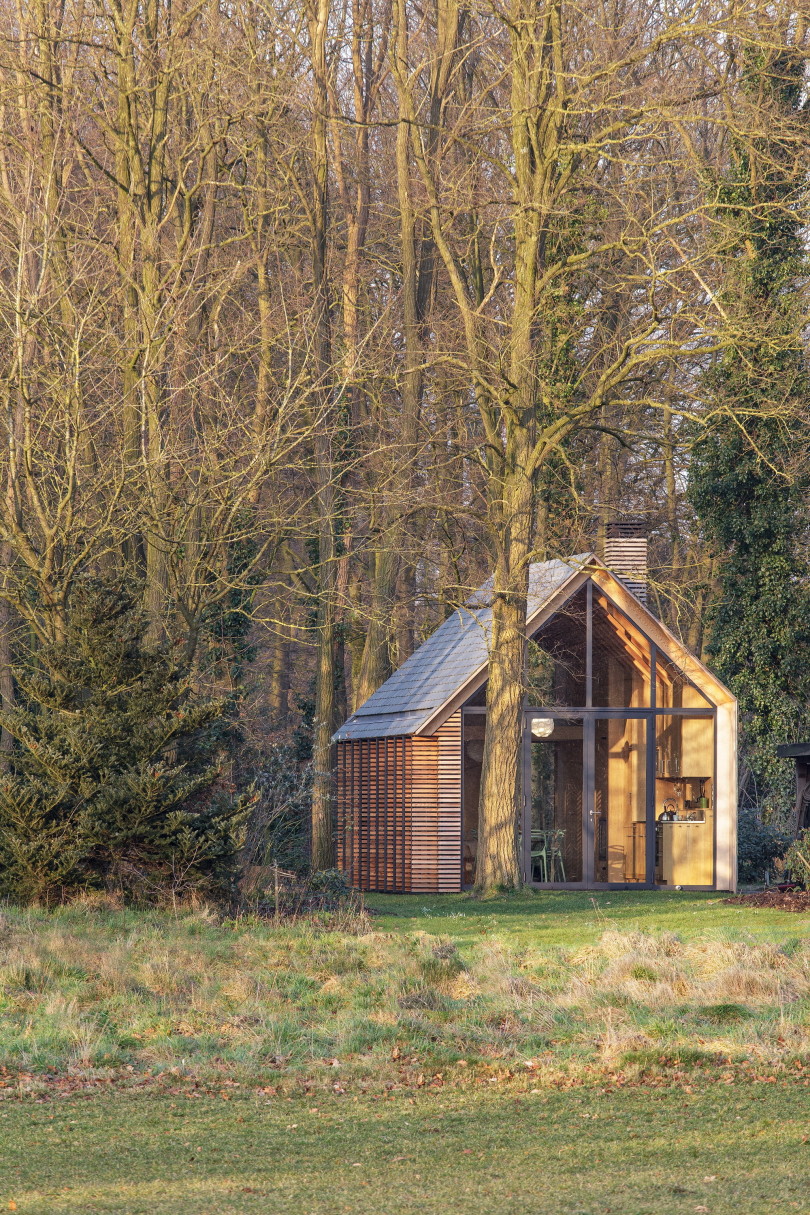 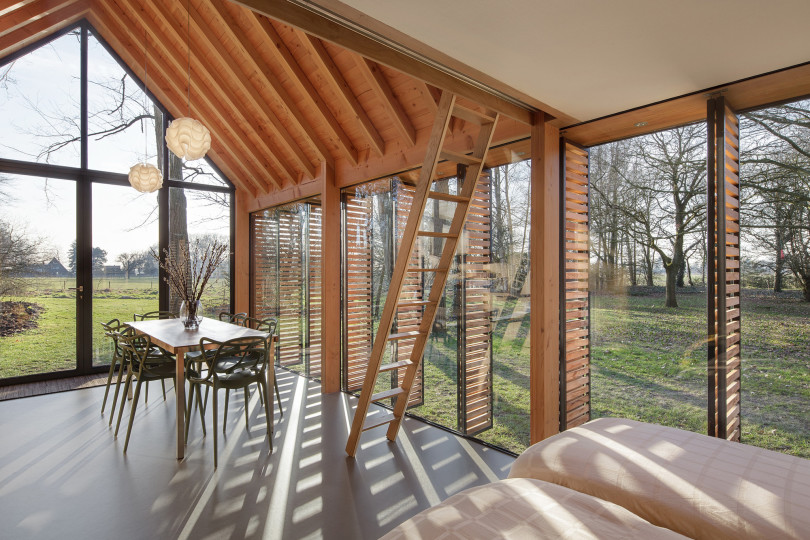 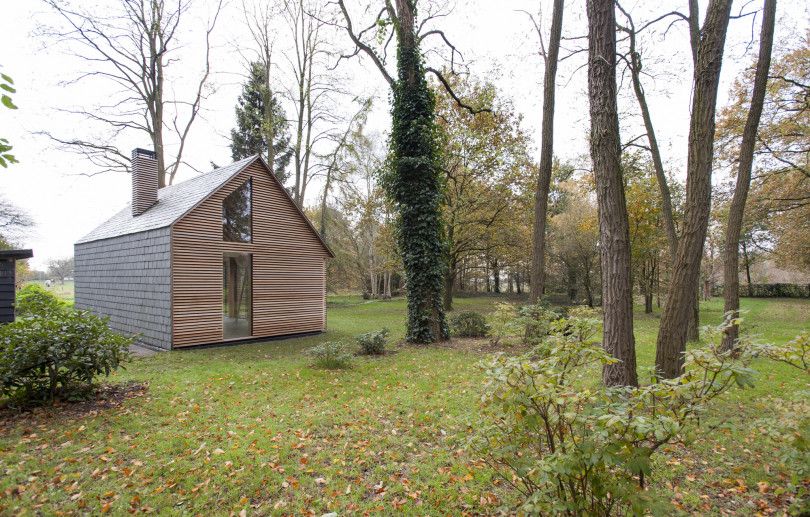 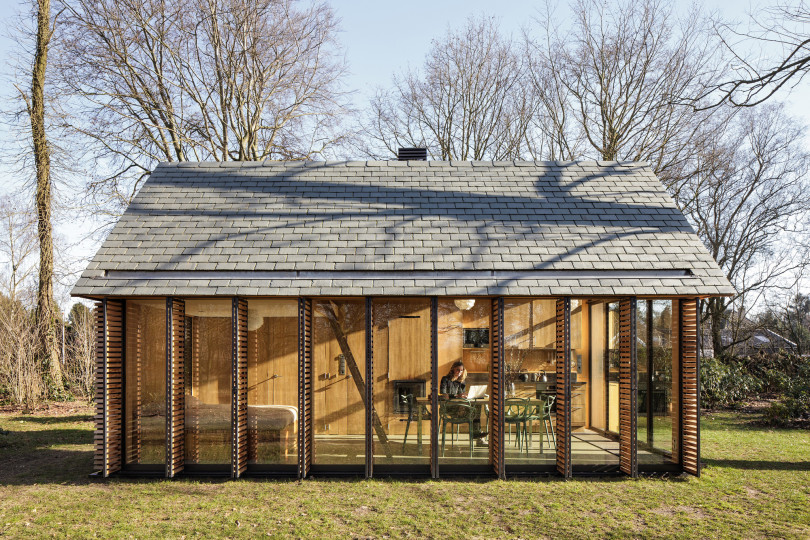 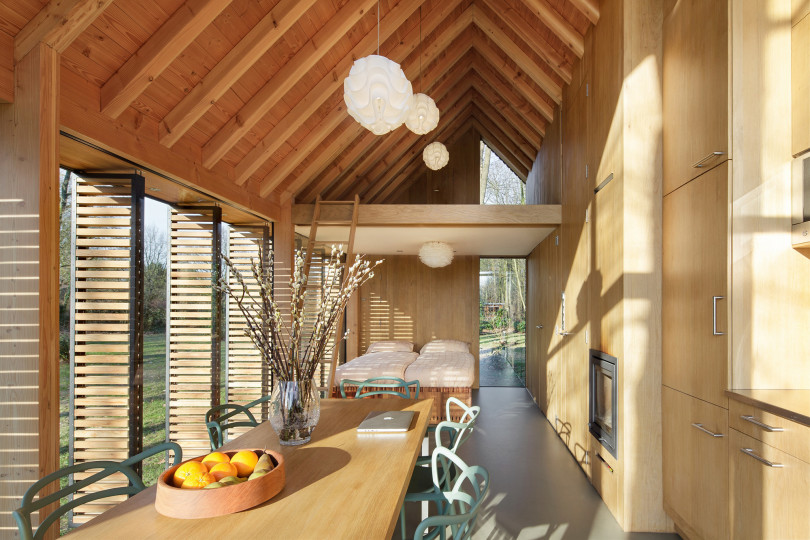 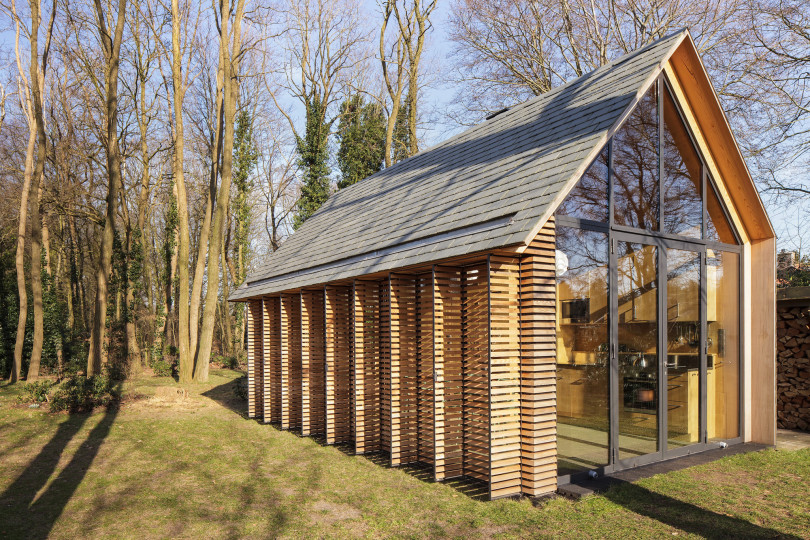 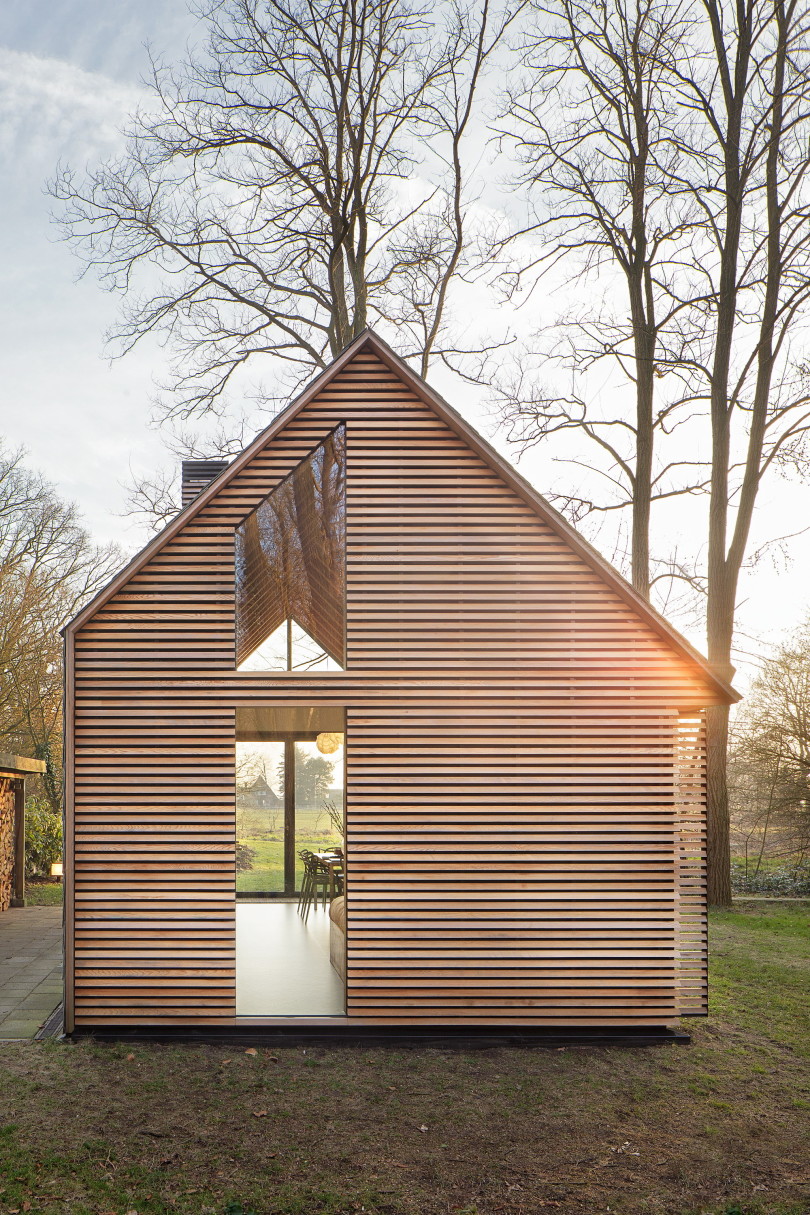 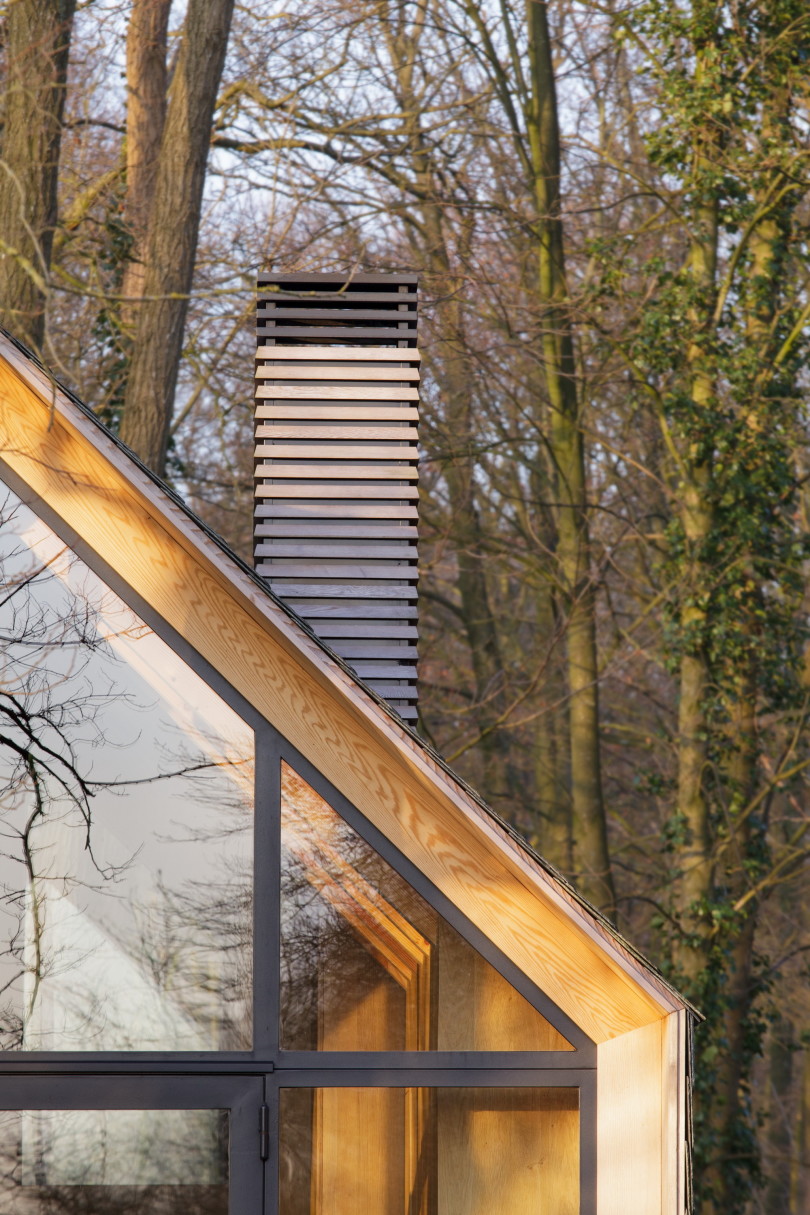 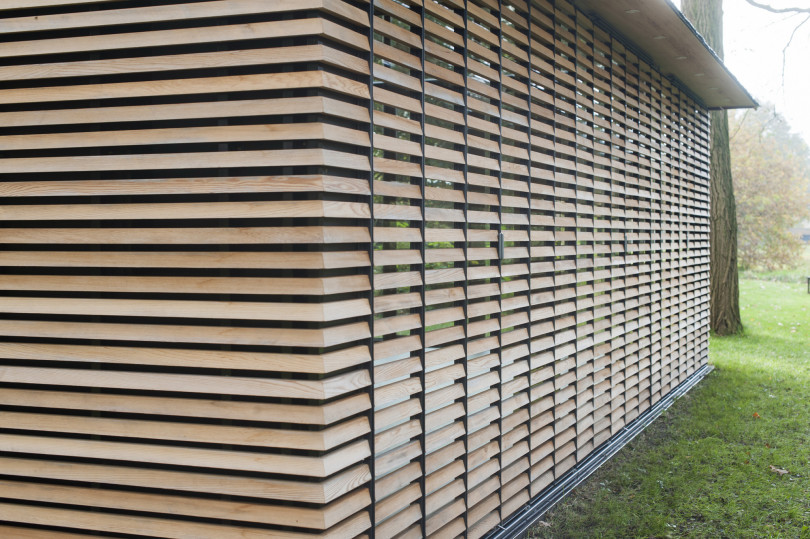 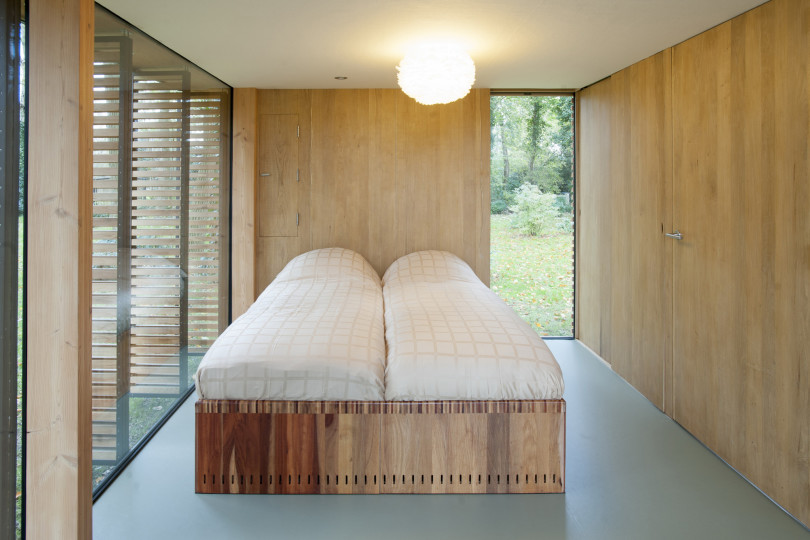 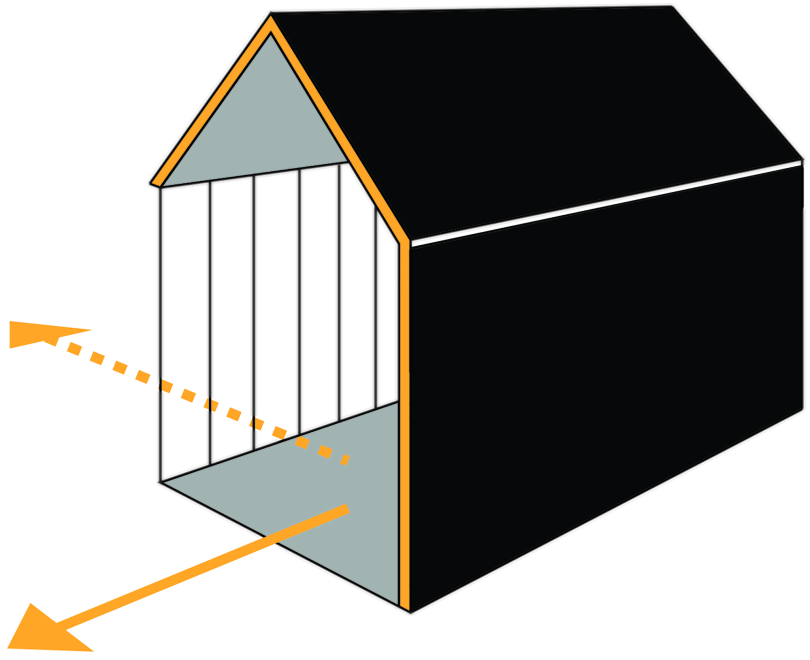 “In the rural area north of Utrecht a compact recreation house has been realized. The house is constructed in wood and opens its façade with window shutters towards the green garden. The design has been realized by a special collaboration between Zecc and interior designer Roel van Norel. Zecc designed the basic concept of the house and then Roel van Norel has developed the plan all the way into the smallest detail and has built the house together with the contractor.
The house has replaced an existing garden house, which foundation is reused and its existing contours were the starting point of the new house. The archetypal cottage is simple: a gable roof of stone slate, a chimney and a wood cladding of Western Red Cedar. The cottage blends into the landscape seamlessly by the natural use of the materials. The architectural drafting, interior design and its realization were in one hand. This has resulted in an unprecedented high level of craftsmanship.
The refinement of this cottage is in the asymmetrical head design, detailing and interior. The house is completely closed on one side by putting the slates vertical on the façade. The other side opens up to the green and is equipped with movable window shutters. That way the sunlight and view can be directed. The horizontal slats of the shutters continue into the cladding of the cottage so that when the shutters are closed the house gets a closed character. The front is completely transparent and has a sturdy/rough steel facade. This part focuses on the open part of the landscape.
The structure consists of four girders with a rafter. The frame of the fully glazed west façade is detailed out of sight by placing it in the zone of the rafters.
The front section is used as a kitchen / living / dining room and in the rear area the sleeping room is placed. The space can be separated by sliding panels. Above the sleeping area is a small entresol is made.
On the ling side of the closed façade all facilities are integrated into a wall of oak: the kitchen, wood stove, a toilet, shower, sink and several cabinets. Even the plinth of the kitchen is designed as a drawer … every square inch of the house is used and thought out.” 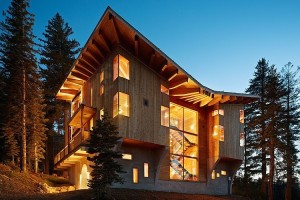 This contemporary three-storey vacation home is located in Sugar Bowl,[...] 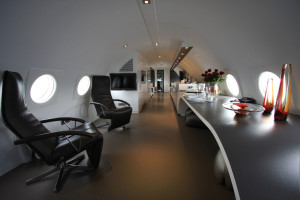 Airplane Suite in The Netherlands

Airplane Suite is a single luxury suite for two guests[...] 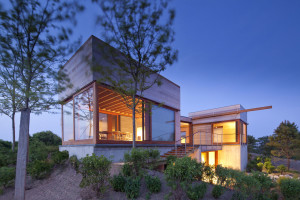 Island Residence is a single-family residence designed by Peter Rose[...]