Raffo Arquitetura have designed this stylish residence that develops in the surrounds of a jabuticaba tree wich has an emotional value to the owners. This home, completed in 2012, is located in Alphaville, Londrina, Brazil. 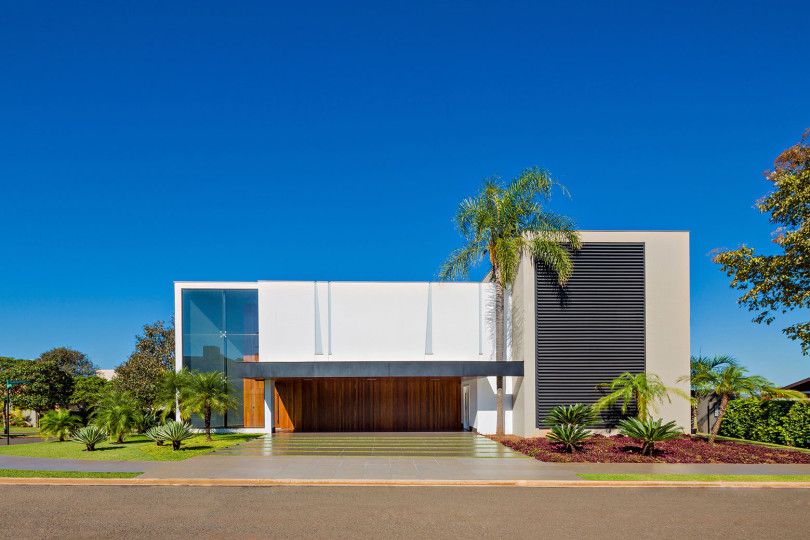 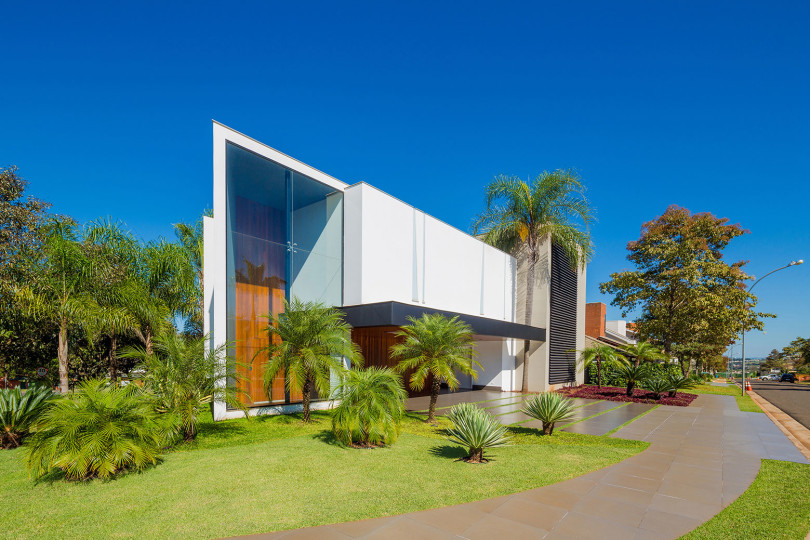 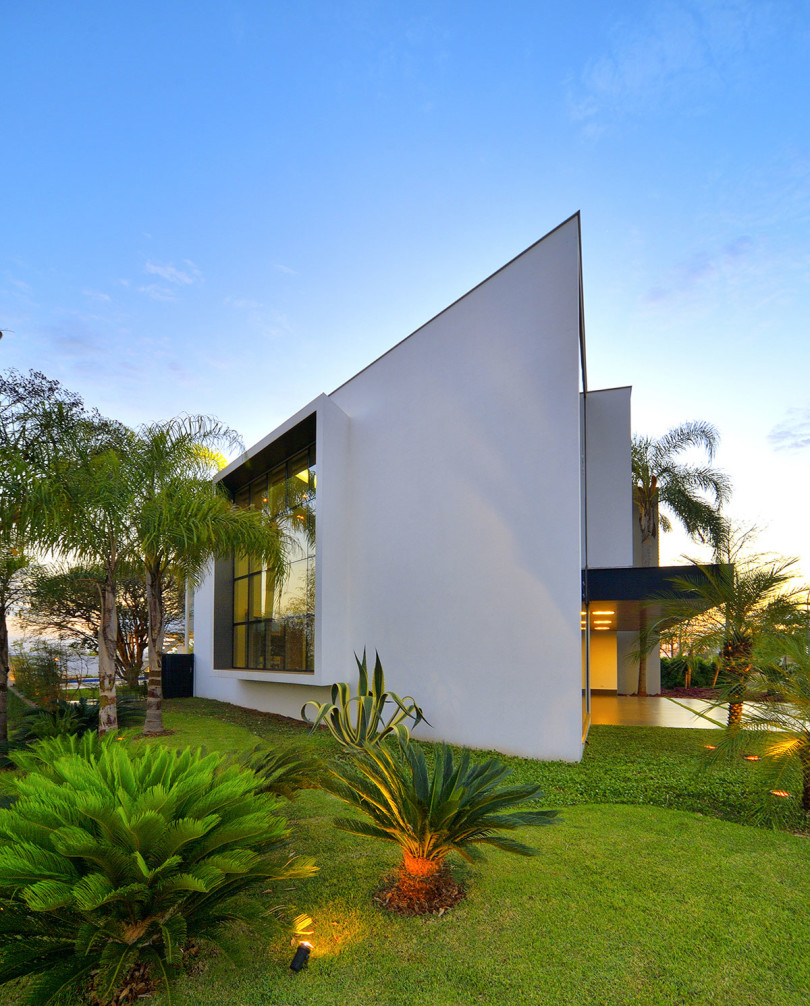 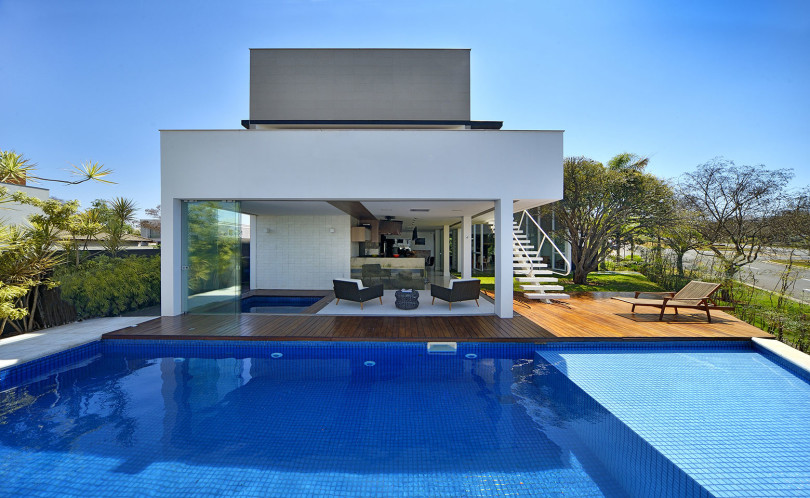 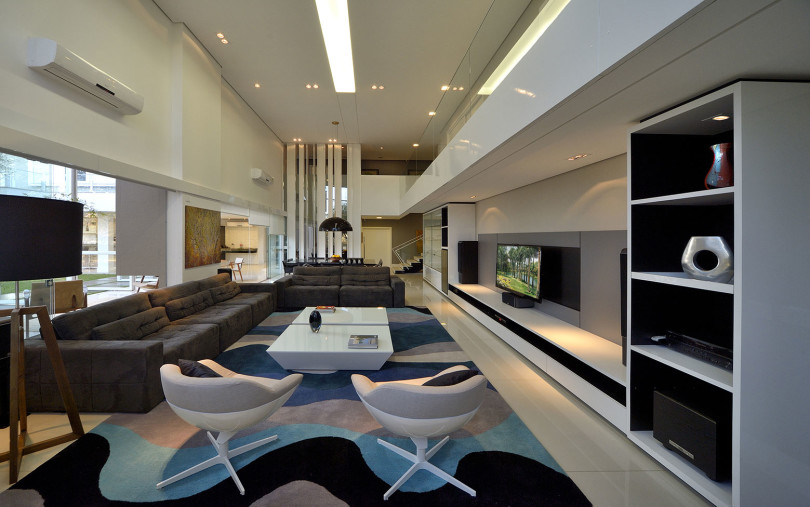 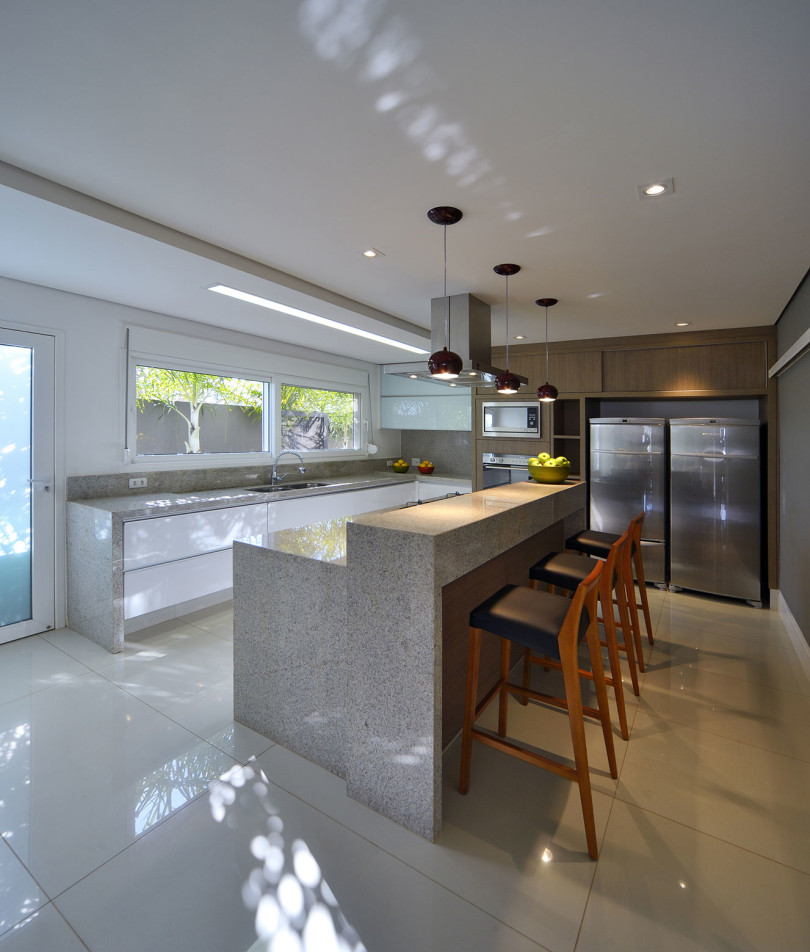 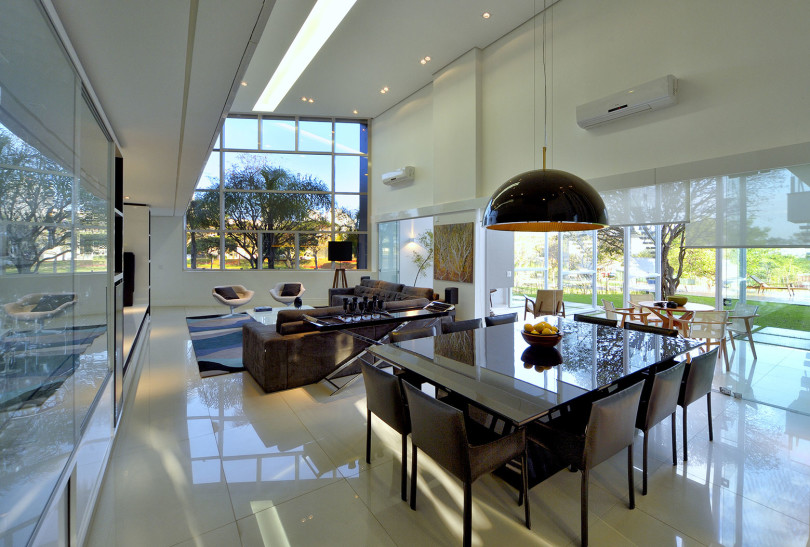 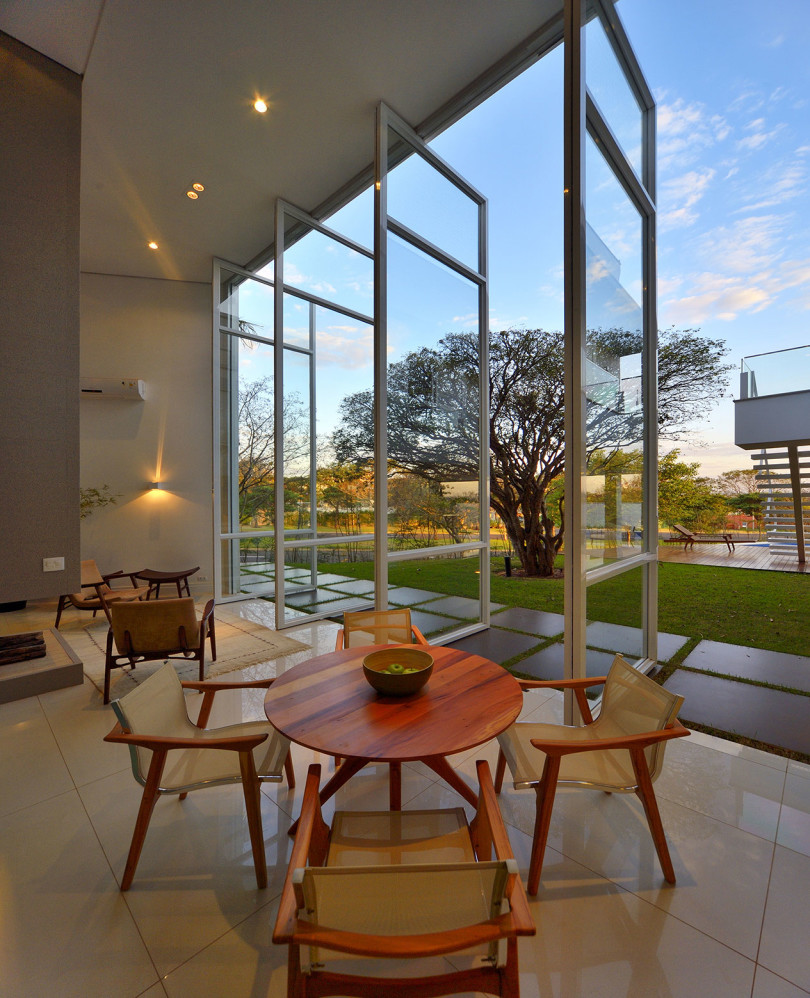 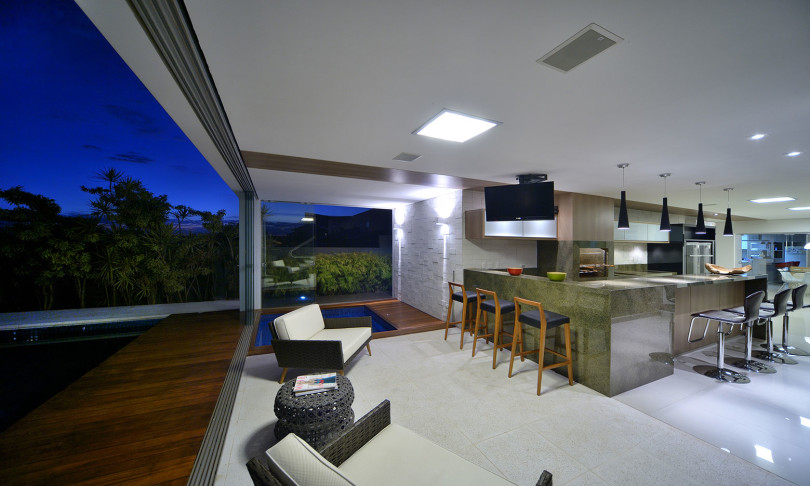 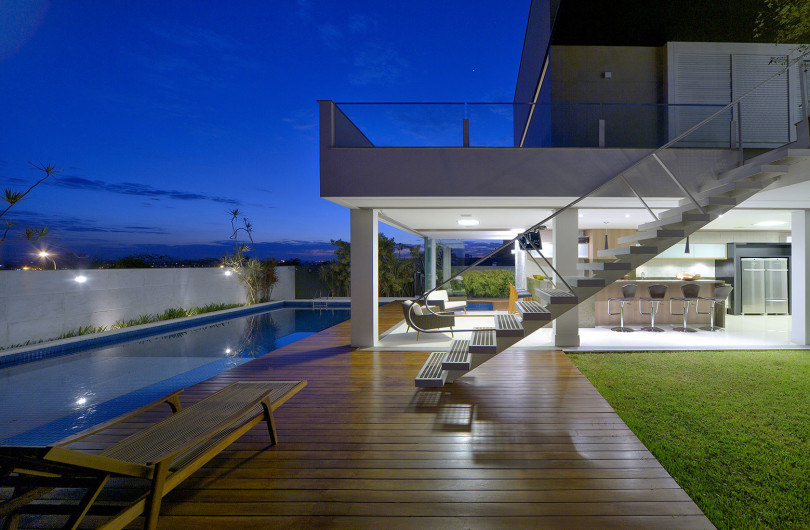 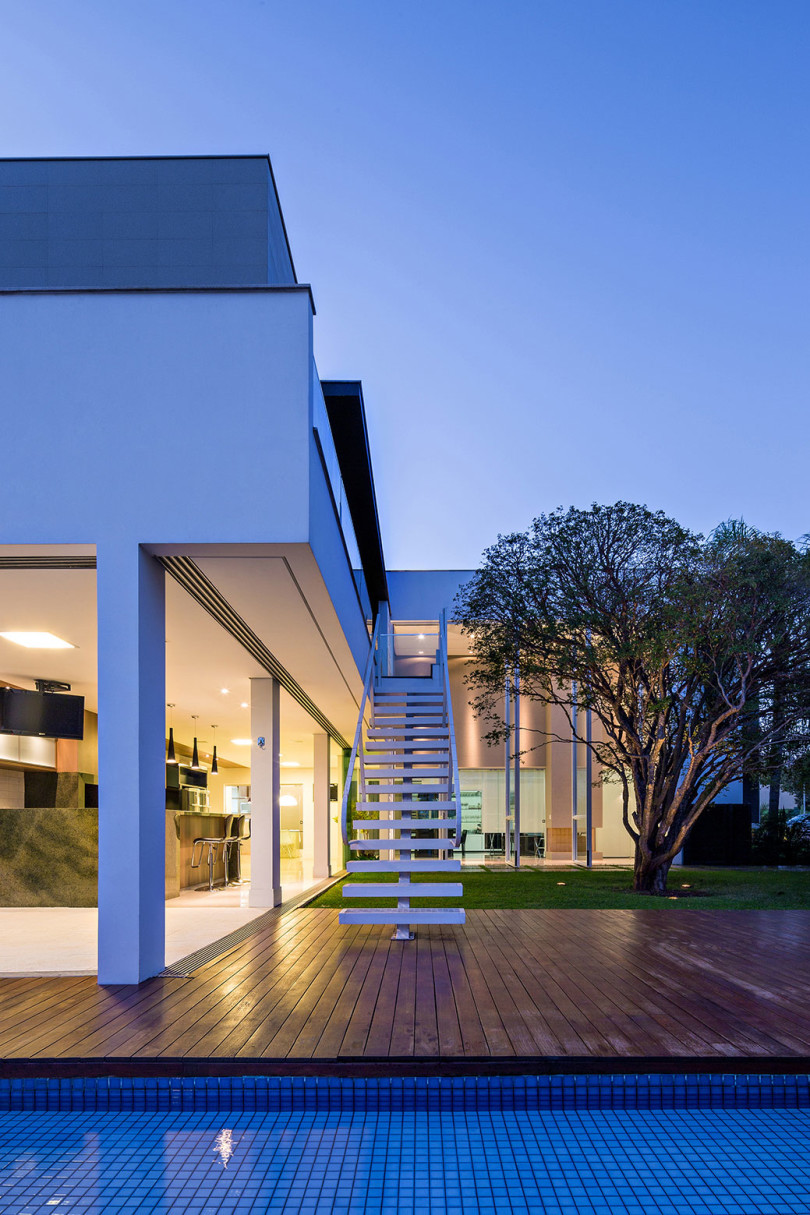 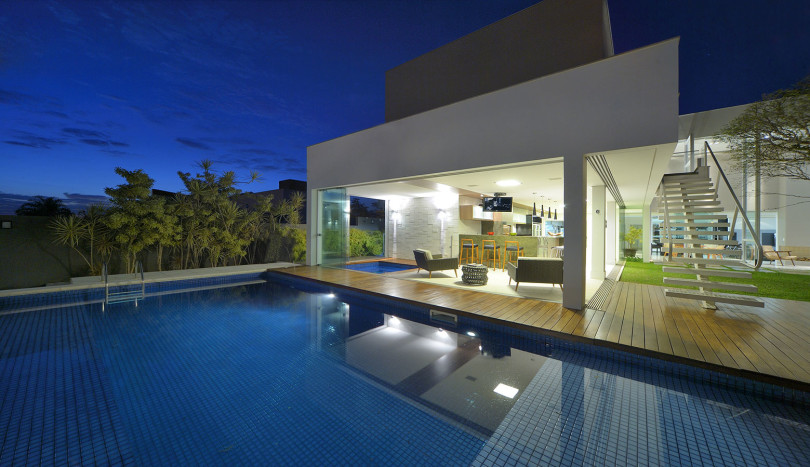 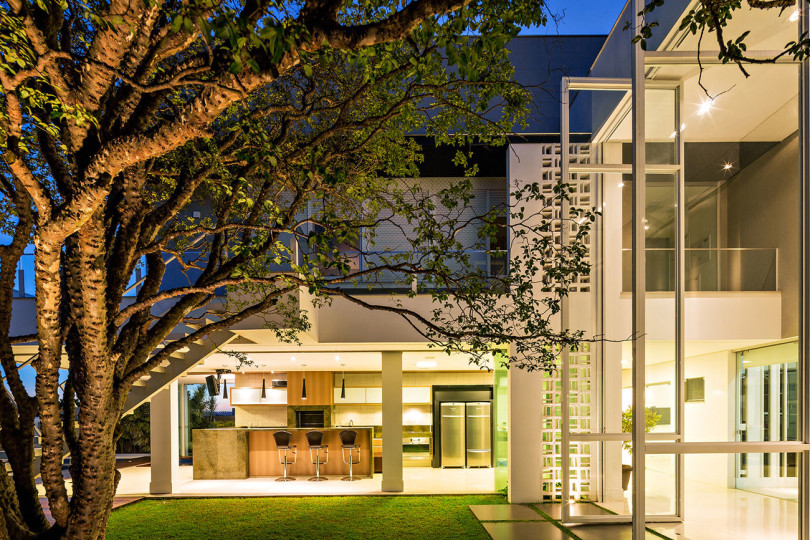 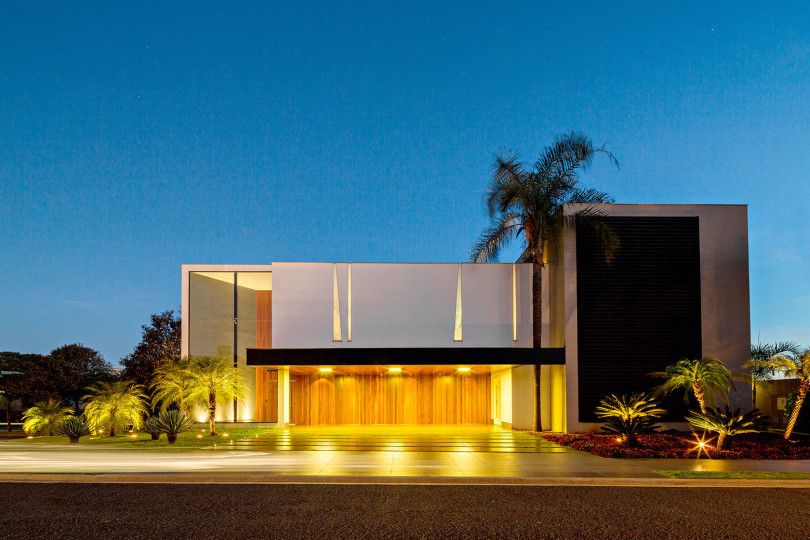 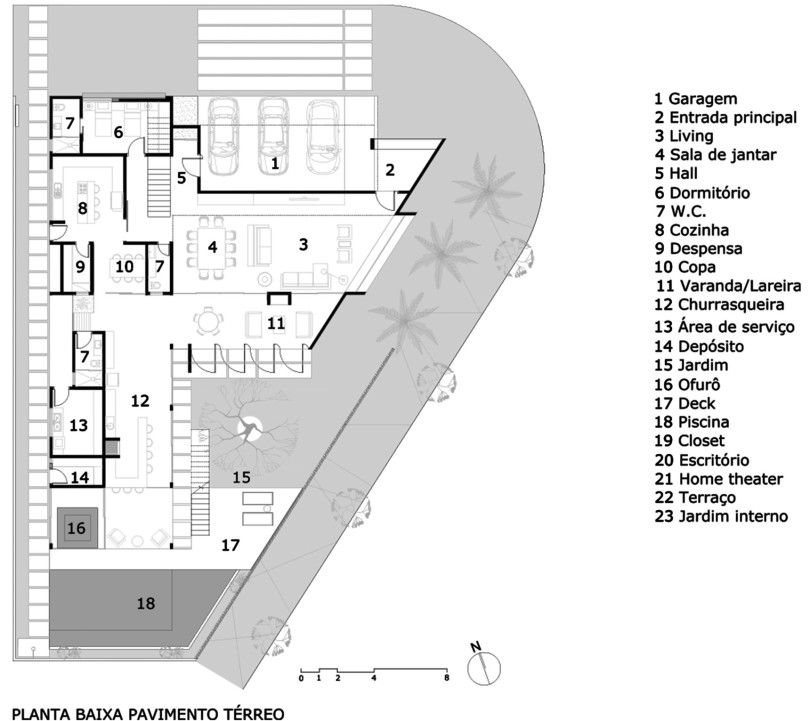 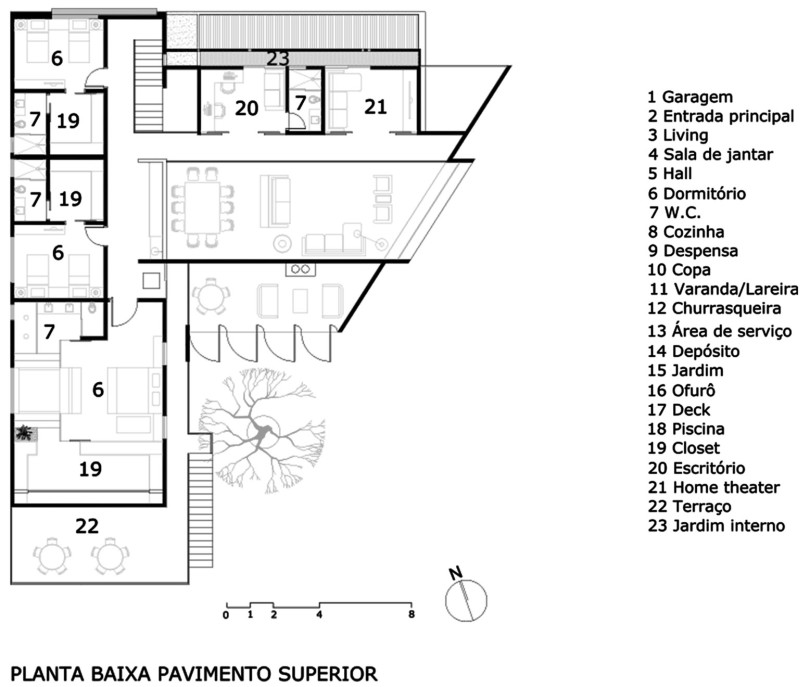 “The main concept of the architectural project was to house a tree in a building that integrates environmental energies and creates a clear dialog between the natural elements and the building.
The building develops in the surrounds of a jabuticaba tree that has an emotional value to the owners. The three belonged to the house where the owner lived her childhood, and the architectural project became a childhood dream realization; to create a conceptual house in the surroundings of that beloved tree.
The primary conceptual goal of the project was to house the natural illumination and ventilation throughout the building, minimizing the environmental impact of the construction and maximizing its interaction with the surroundings energies. A water drain system was projected to use the height of the house to harvest rainwater on the roof and distribute it throughout the house by gravity.
The spaces composition surrounding the Jabuticabeira allows for morning sunlight to reach the social area and part of the intimate area of the house. Large openings to the east permit mild sunlight throughout the day, while allowing ample access of the dominant breeze that comes from the east in this geographic location. On the northern façade, a linear garden was created to follow in lines with the superior floor rooms. During the day, this garden works as a reflector of diffuse light into these rooms, while, at night, its internal illumination is projected to the outside of the house, acquiring the irregular shapes of the large wall openings.
On the dormitories facing north, a horizontal brise controls the sunlight access into the rooms, providing them with a more private environment.
The internal flow is well defined and separates the intimate area from the social and service areas. The superposed volumes also emphasize these marked differences in forms in the facade.” 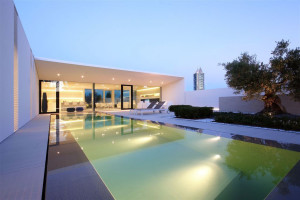 This modern villa is a custom prefabricated wood structure designed[...] 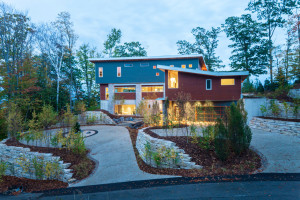 M-22 House is a modern residence designed by Michael Fitzhugh[...] 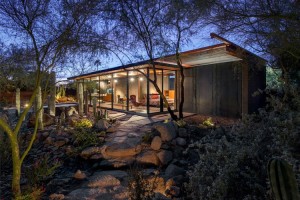 The Construction Zone converted a horse barn into a modern[...]