The Sugar Gum House was designed by Rob Kennon Architects. With an amazing view of the ocean this contemporary residence is located in Otways, Victoria, Australia. 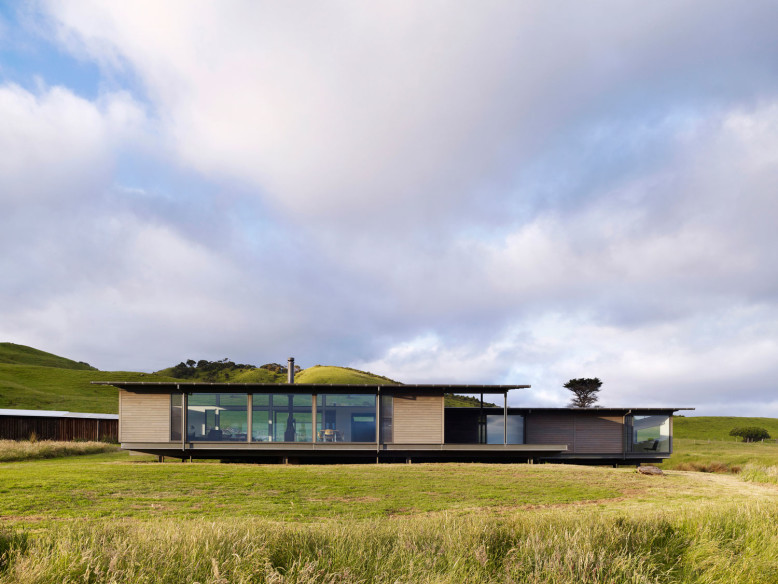 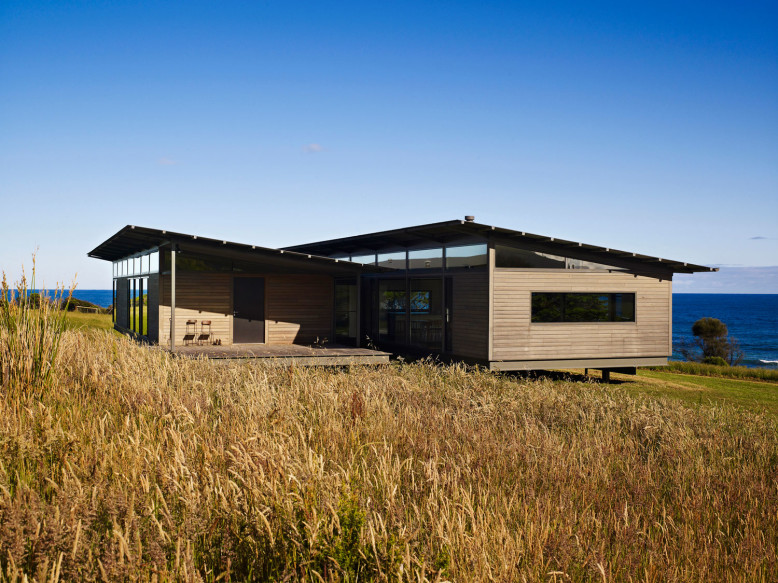 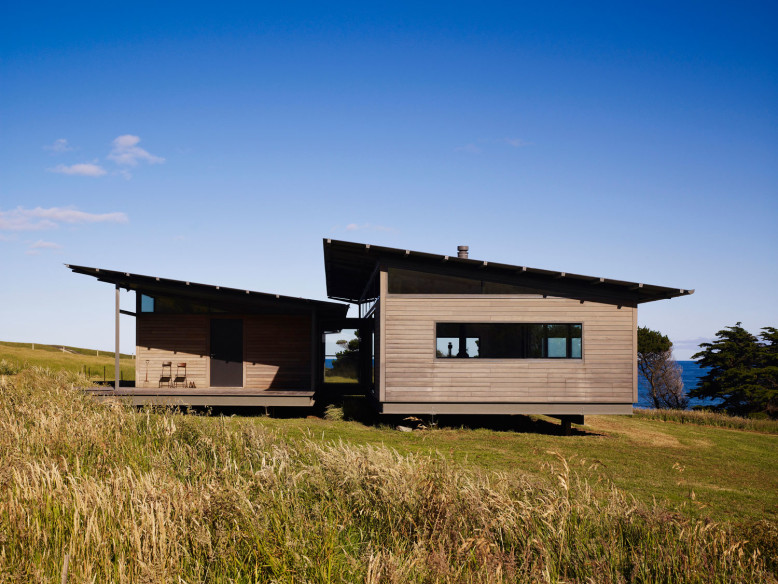 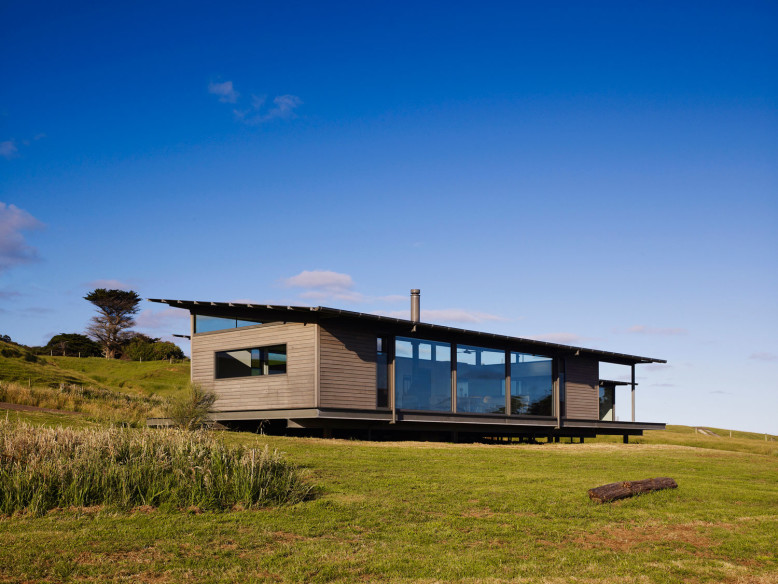 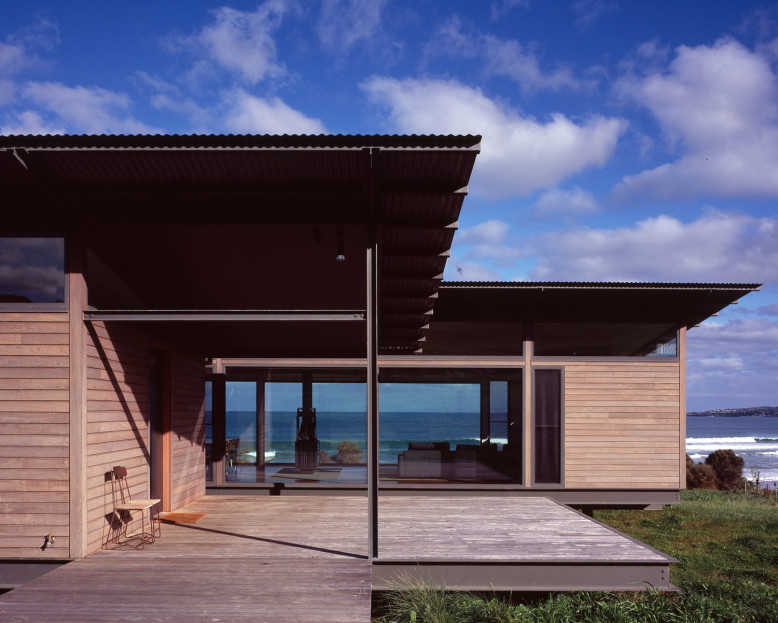 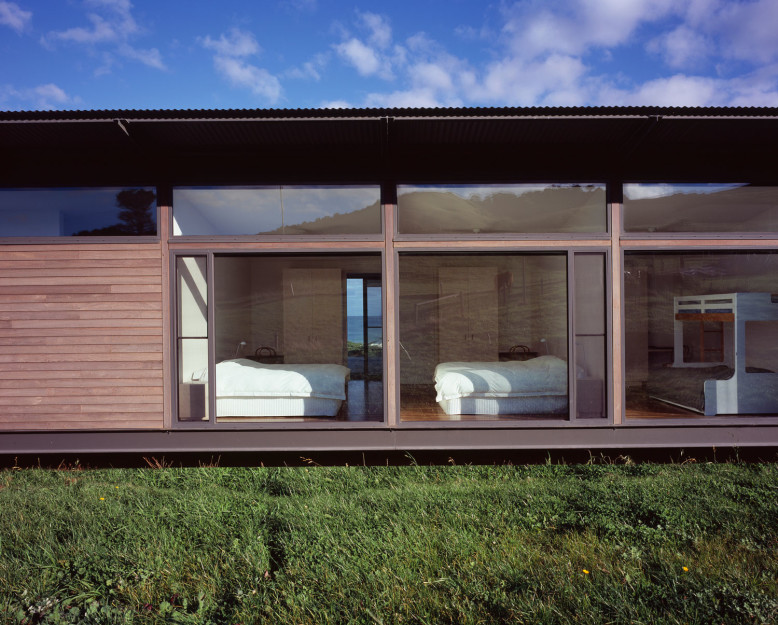 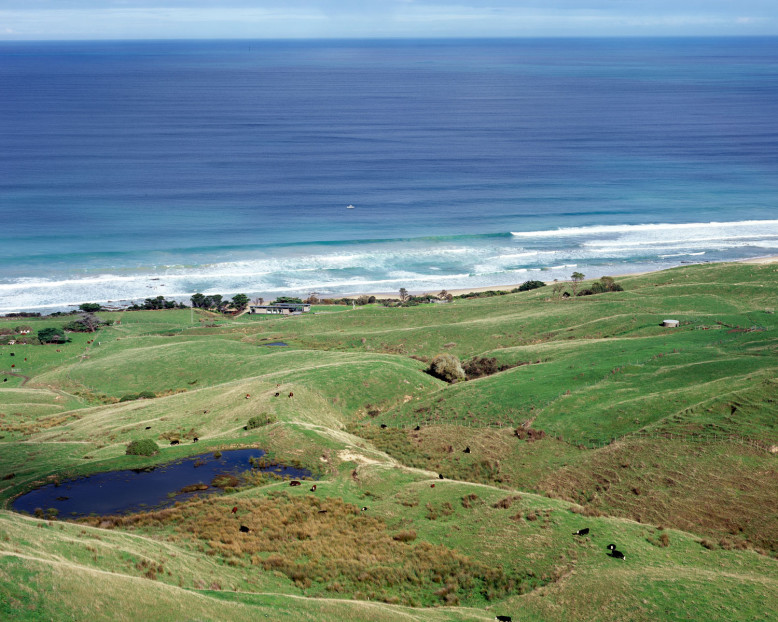 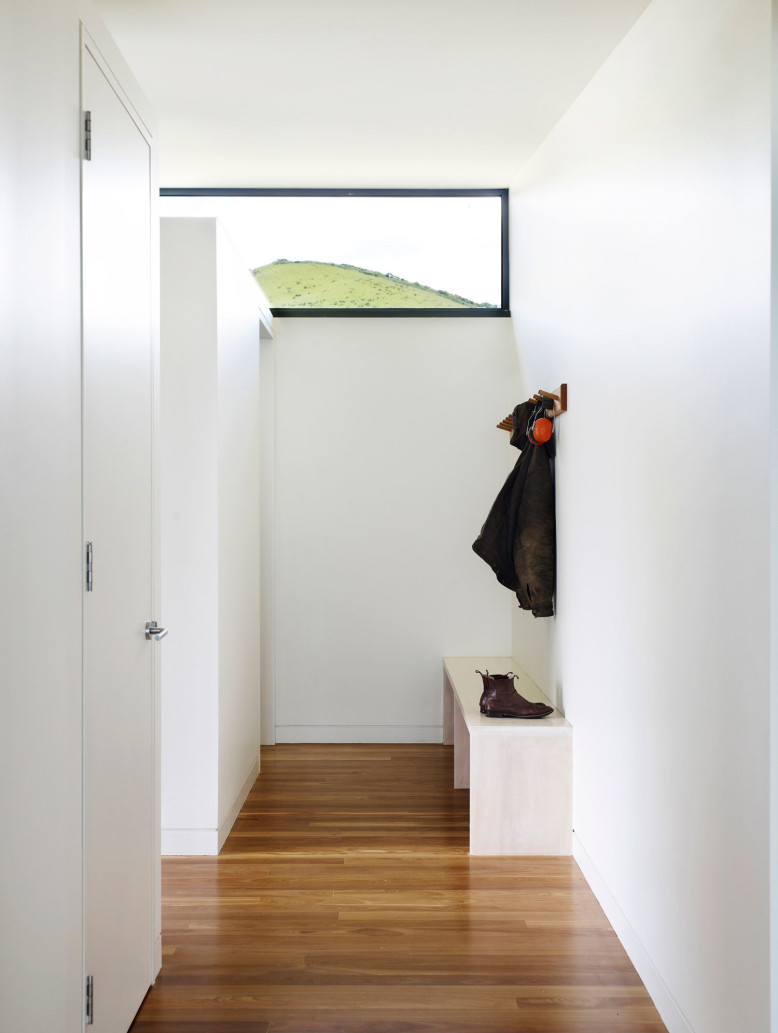 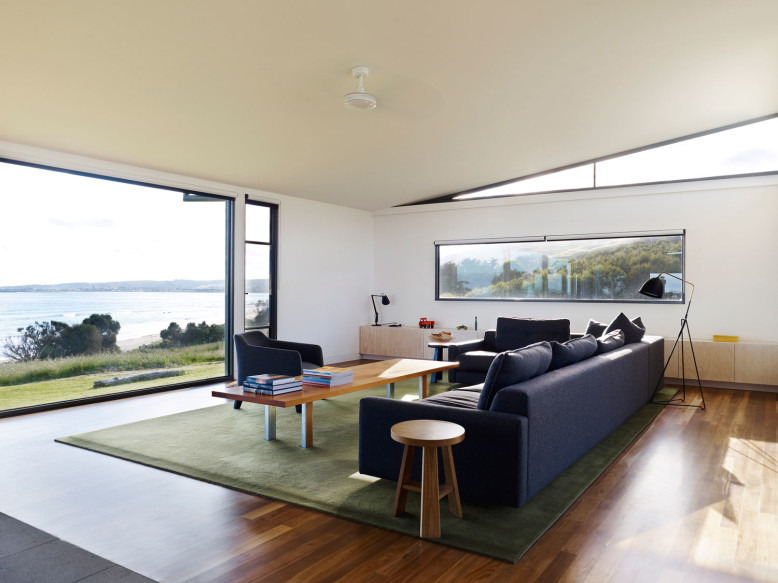 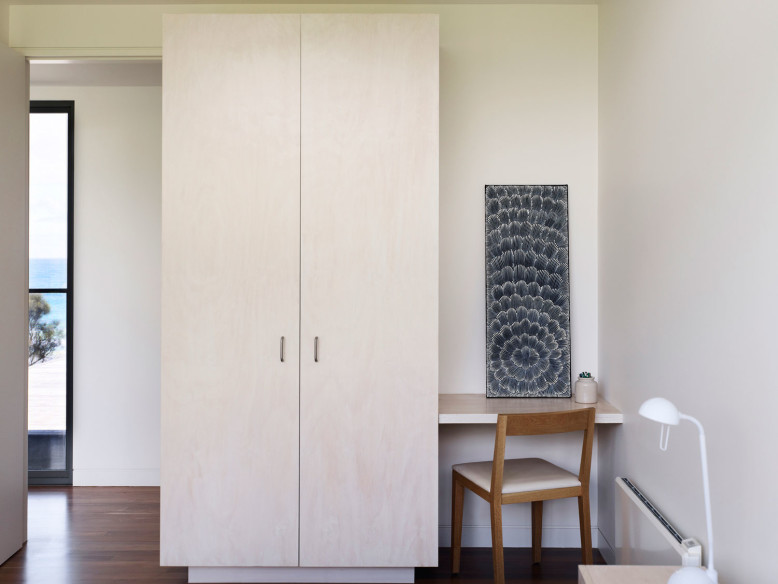 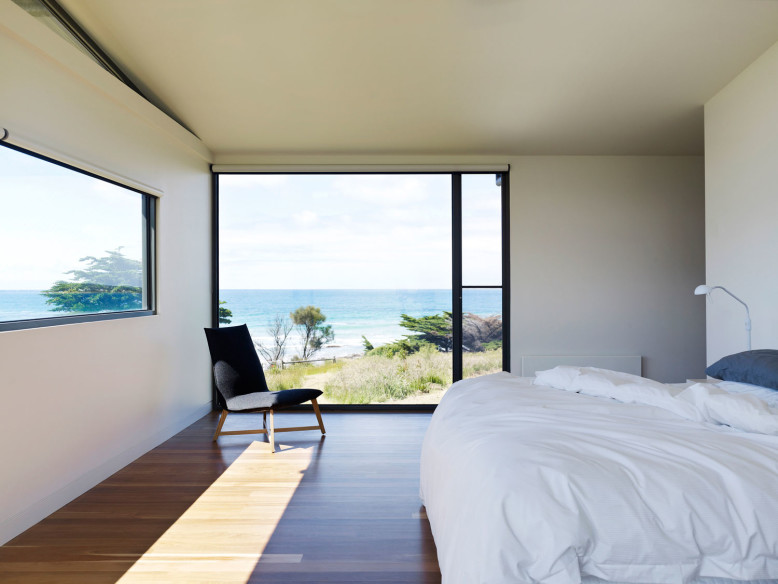 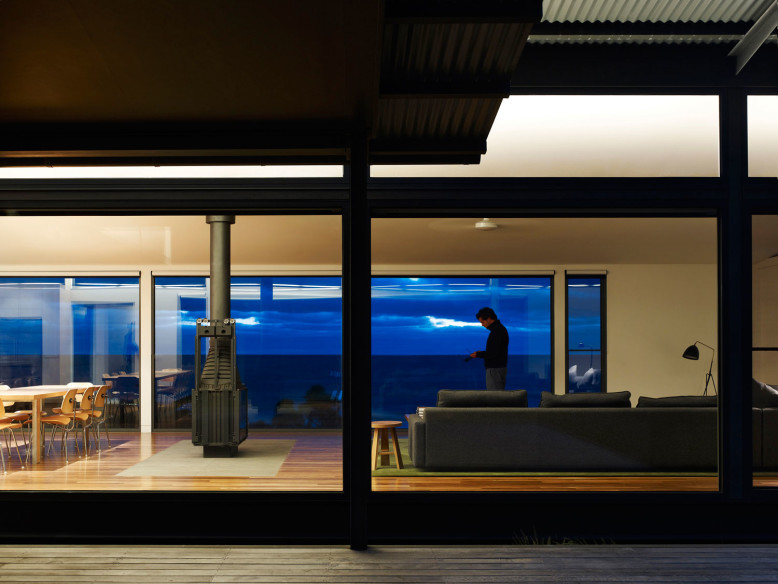 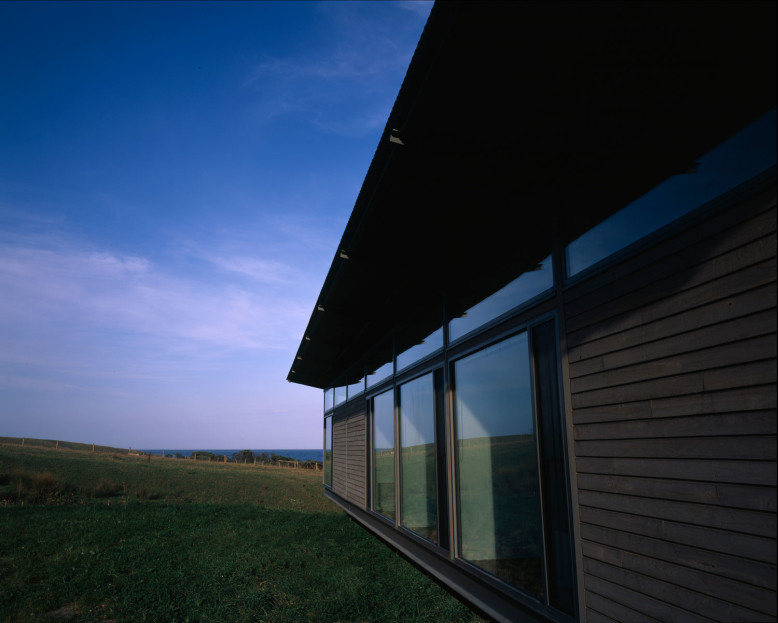 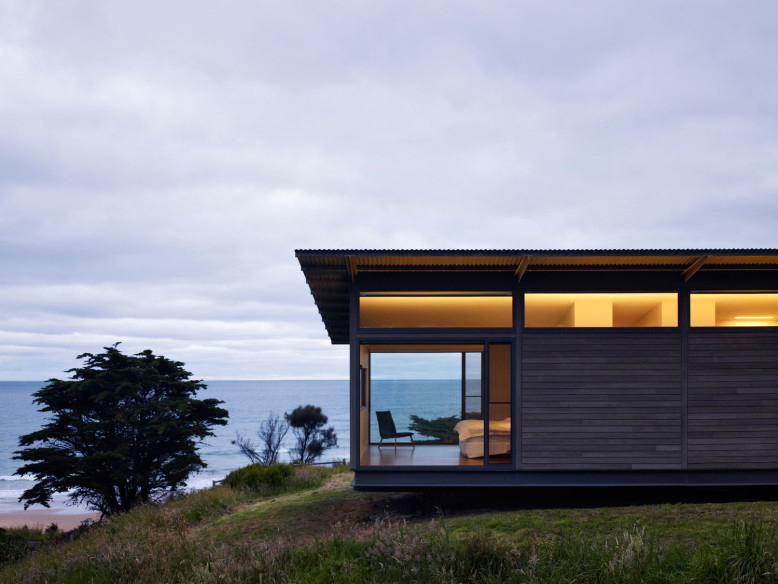 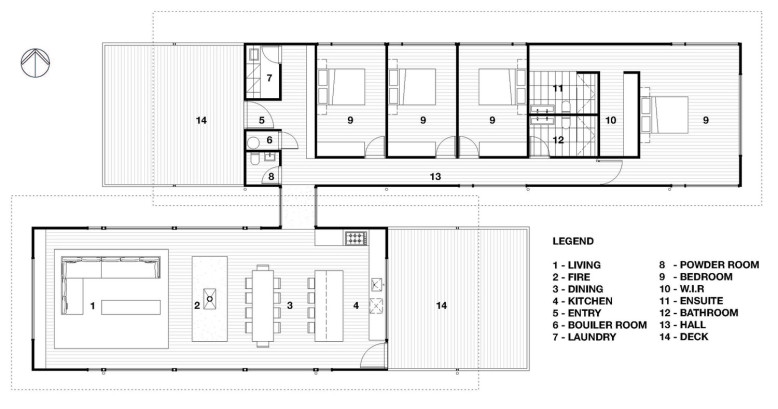 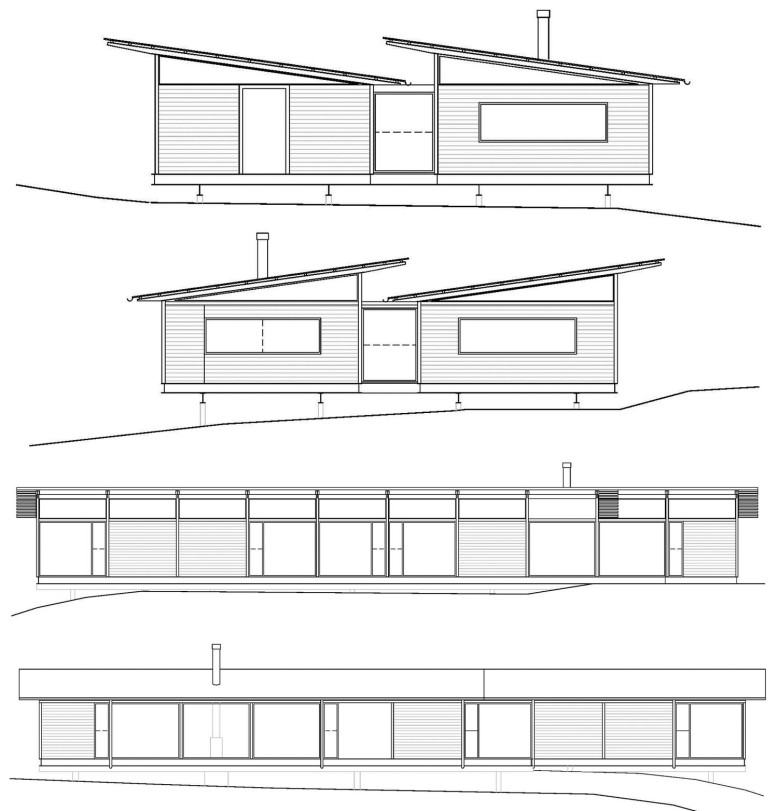 “The Sugar Gum House sits on the edge of Bass Straight’s rugged coastline, at the base of the rolling hills which connect the Otway ranges to the beaches. The property operates as a sheep and cattle farm and extends back to the fringe of the Otway forests.
The brief for the project was to replace the small weatherboard shack that had served the current owners so happily for 34 years, and been home to a family with six children before that.
The shack had been built without nails, using dowel joints in a timber beam construction. It sat simply on bluestone blocks without any foundations, but had not moved in one hundred years.
The shack was well sited on dry land above a creek and took advantage of fresh clean water from a nearby spring. The shack had only two small windows facing the ocean and no direct north sunlight into the living spaces.
It served as a simple shelter from the heavy winter rains and cold south westerly, and sometimes easterly, winds.
The floor plan was inward looking, typical of a late 1800’s early settler’s refuge. The living space was in the middle of the house, communal and compact, with the fireplace the focus. Winters were spent huddled around the inefficient fire which compensated with charm.
Summers were spent on the south facing verandah protected from the occasional hot north overland wind.
Living in the shack was perhaps little better than camping. However, such was the strong history and charm of the place that it was not until the mirror bush grew through the ancient brick chimney, which then fell down, that the owners finally decided to rebuild.
Accordingly the brief for the design of the new house was to enhance the daily experience of this unique site, perched meters from thundering waves, overlooking white sandy beaches to the south, and lush green hillsides scattered with cattle and sheep to the north.
In addition the design had to protect the house from the renowned ‘Apollo Bay Howlin’ Wind’ and relentless winter rain, but at the same time keep the house cool, all summer long. The house also did not want to overbear the landscape, nor disrupt the steep natural beauty and contours of the land.
The old pre-solar house was, nevertheless, particularly well sited. After much debate on alternative locations the decision was made to rebuild in exactly the same position.
The design of the new house comprises two pavilions, one sleeping and one living. The house, which is made to cater for a broad range of visitors, comprises an open plan kitchen, living and dining area, three identical bedrooms with a shared bathroom, master bedroom with an ensuite and walk in robe.
There is a separate powder room, laundry and mudroom. To the east of the living pavilion and adjoining the kitchen is a deck which captures the eastern morning sun, ocean views, and provides protection from the north winds in summer.
To the west of the sleeping pavilion is the deck through which one enters the house, sheltered from ocean winds and bathed in northern sunlight, with views both up to the contoured green hills, and sheltered views to the ocean through the heavily glazed living pavilion.
The house is made of a modular and repetitious steel structure which allows it to have less impact on the coastal landscape and seemingly float above it. Each three meter grid is either fully glazed or clad in local sugar gum shiplap cladding. The full extent of the house has highlight windows to the north which let in northern sun and capture views back up to the high green hills.
The low maintenance steel, glass and sugar gum design is primarily driven by the demand of the site and aims to be neutral and at ease in its context.
In summer the house is protected from the north sun by a large cantilevered eve. In winter, the house is warm with the large double glazed windows effectively acting as heaters into the entire living pavilion and four bedrooms facing north. The very efficient French Philippe Chemise fireplace is still the conversation point at night.
Unlike the old shack, the house has a consciously outward focus giving the owners a strong connection to the constantly changing seascape and landscape. Days can be whittled away cooking and entertaining at the house, all the while being able to remain enchanted by the massive power of the waves, so close by.
The new house is still the great refuge after a hard days farming, but in a very different, and more spectacular way.”

Photos by Derek Swalwell and courtesy of Rob Kennon Architects 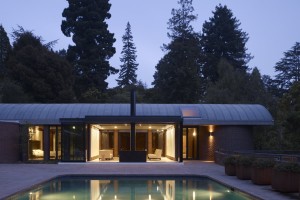 This existing 1974 brick and concrete house was completely remodeled[...] 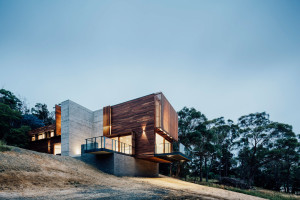 Dawes Road House is a modern family home located near[...] 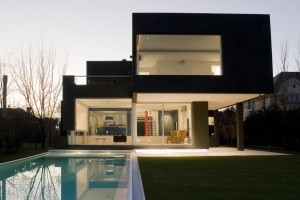 Andres Remy Arquitectos have designed the Black House, a spacious[...]