The Cave in Pilares by Greenfield

Greenfield have completed in 2015 The Cave in Pilares project, a welcoming house located in Coahuila, Mexico. 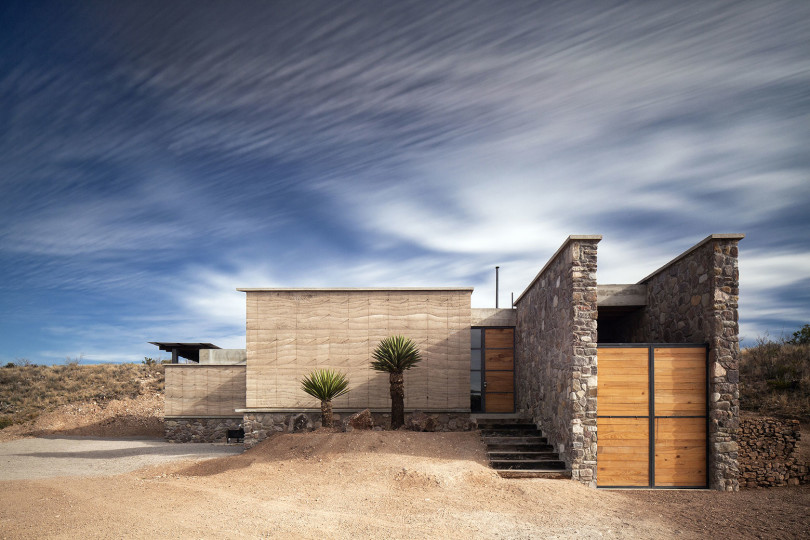 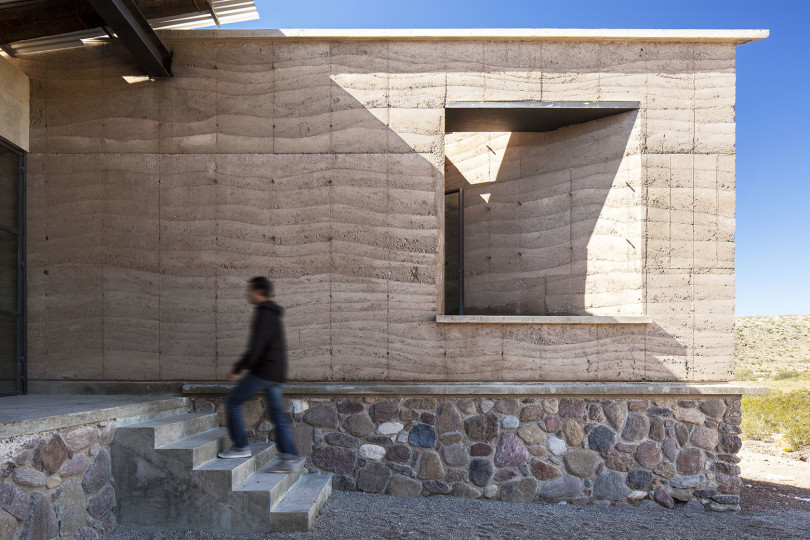 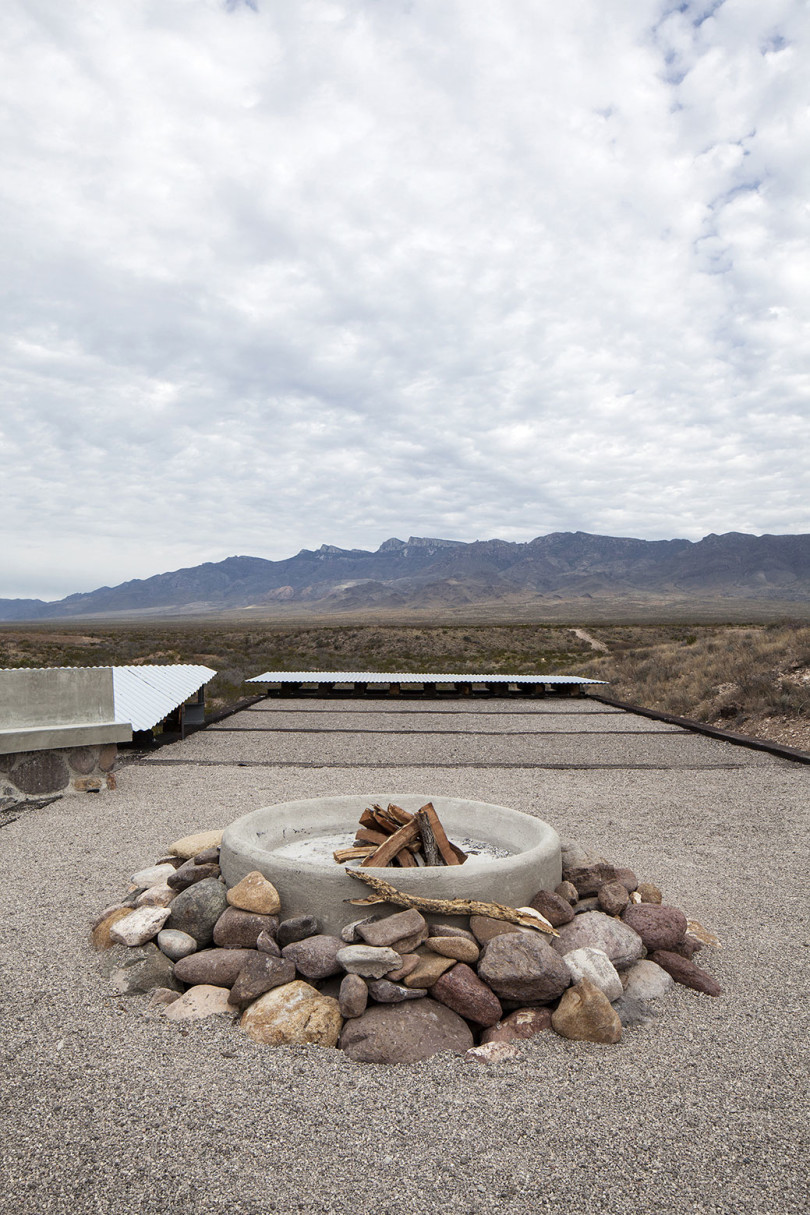 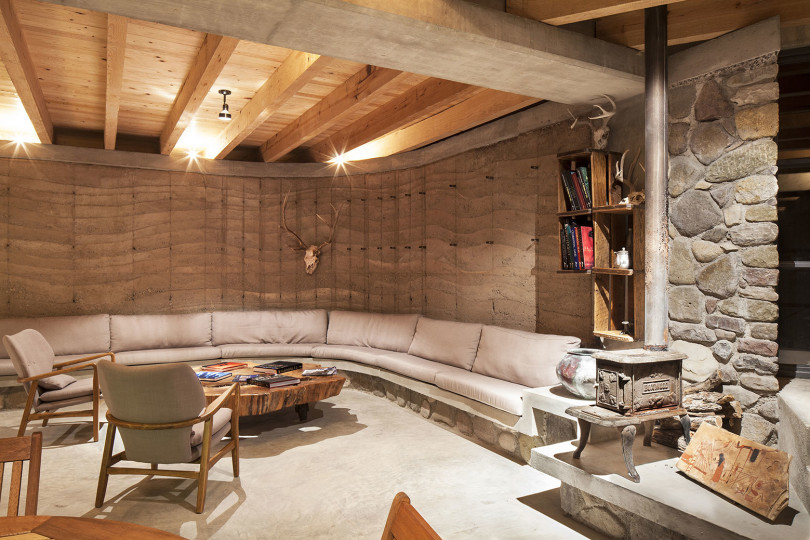 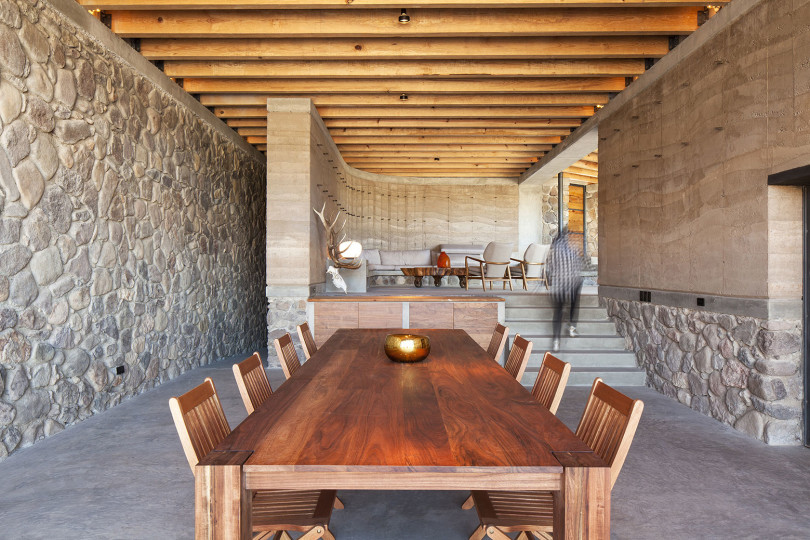 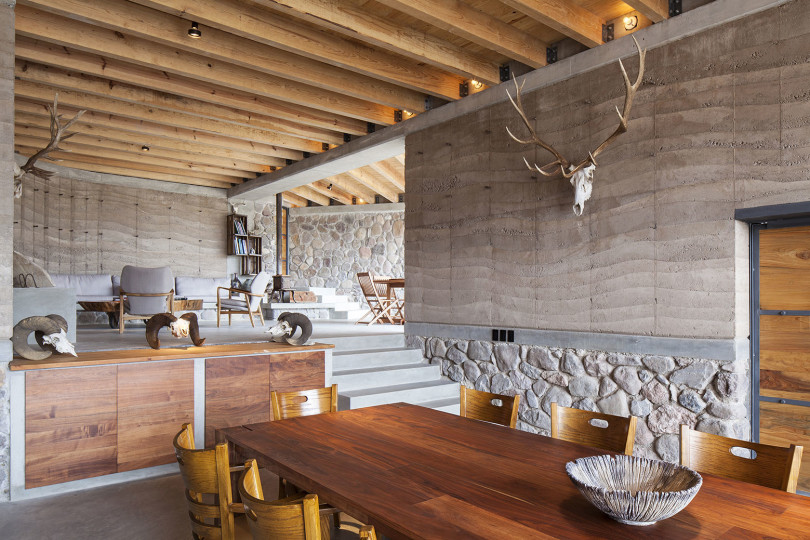 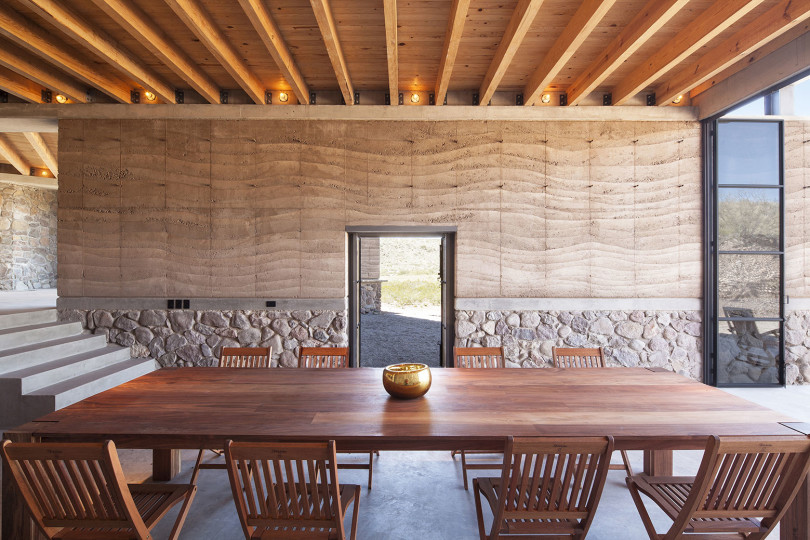 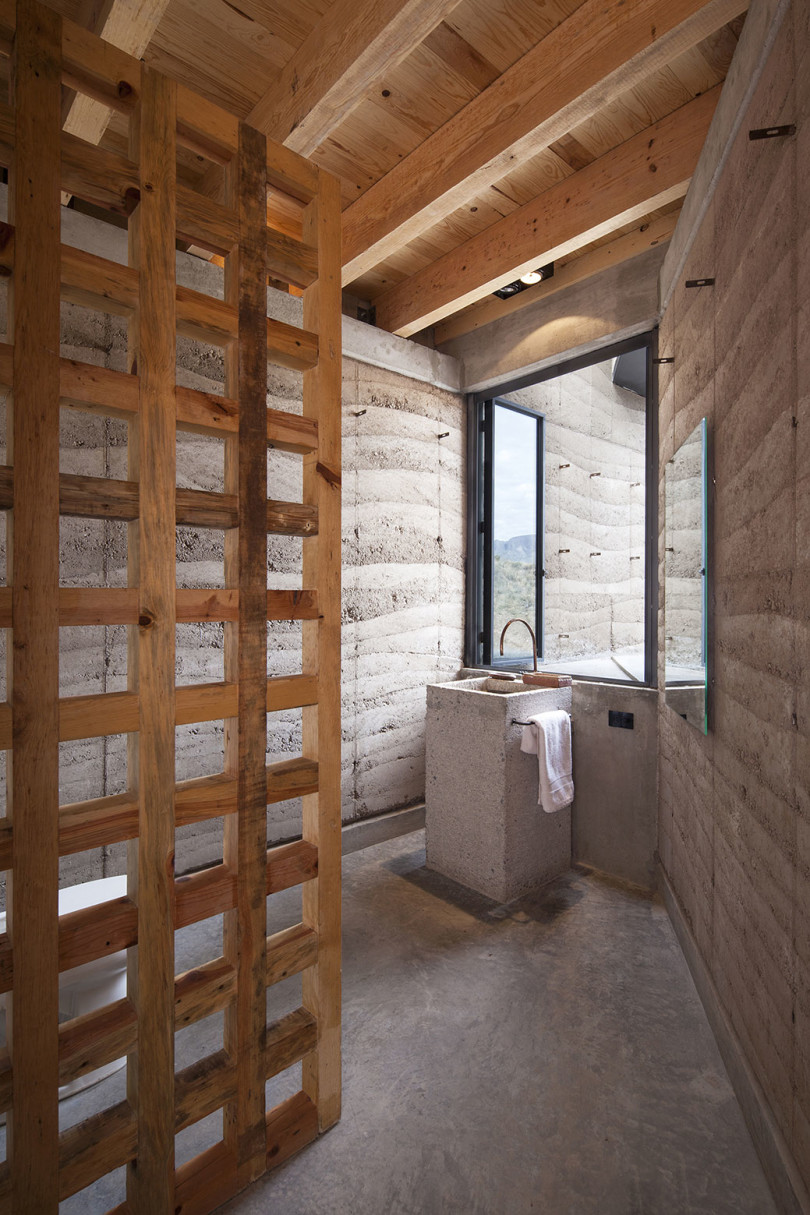 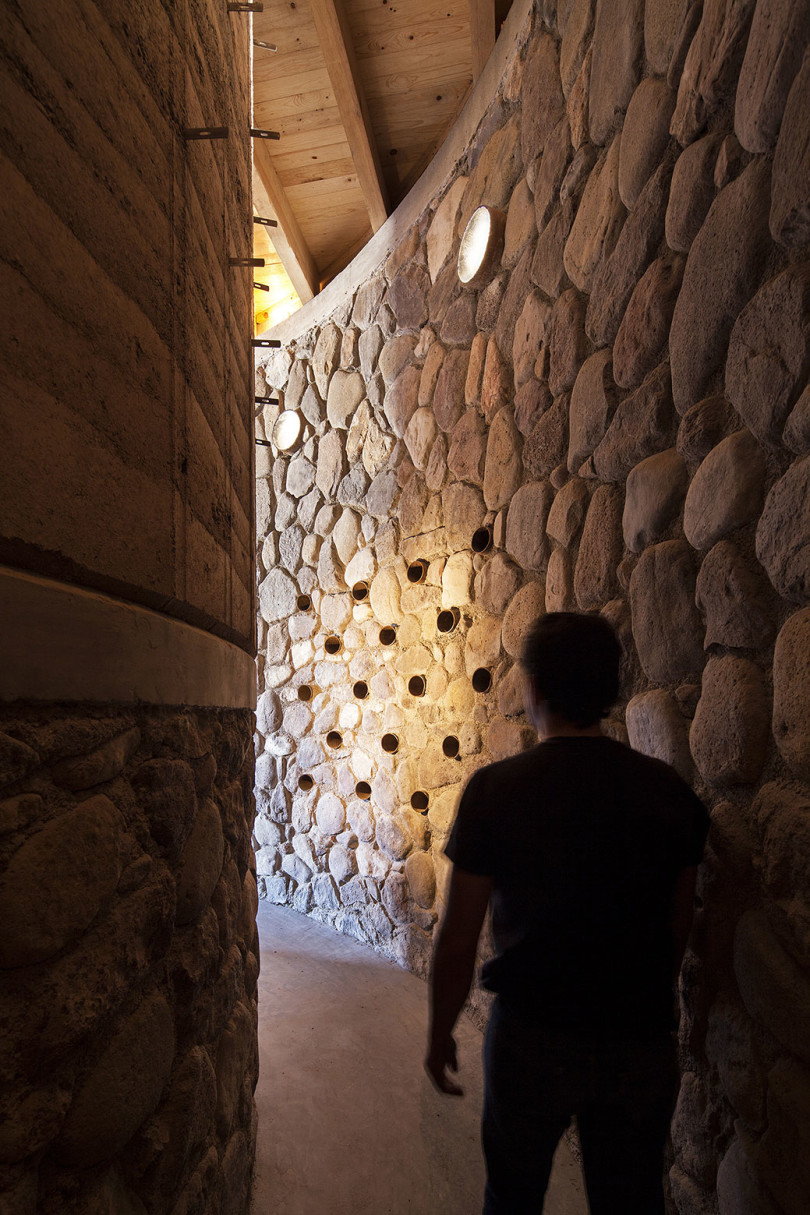 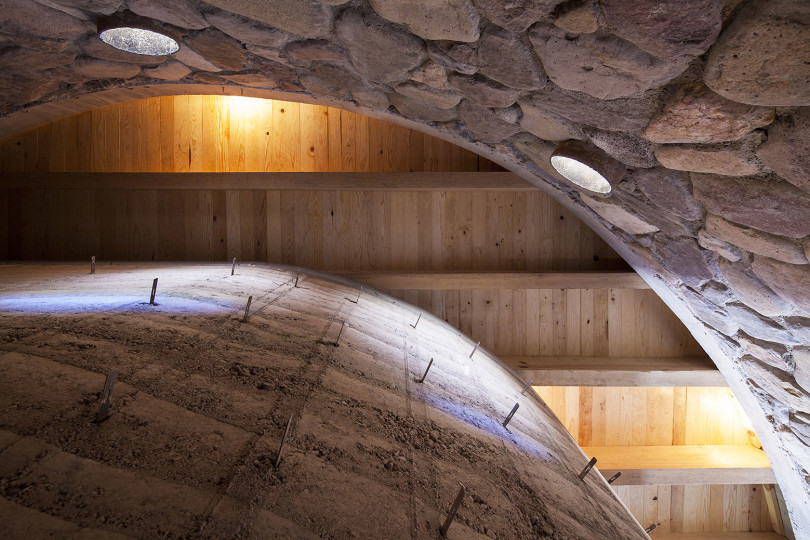 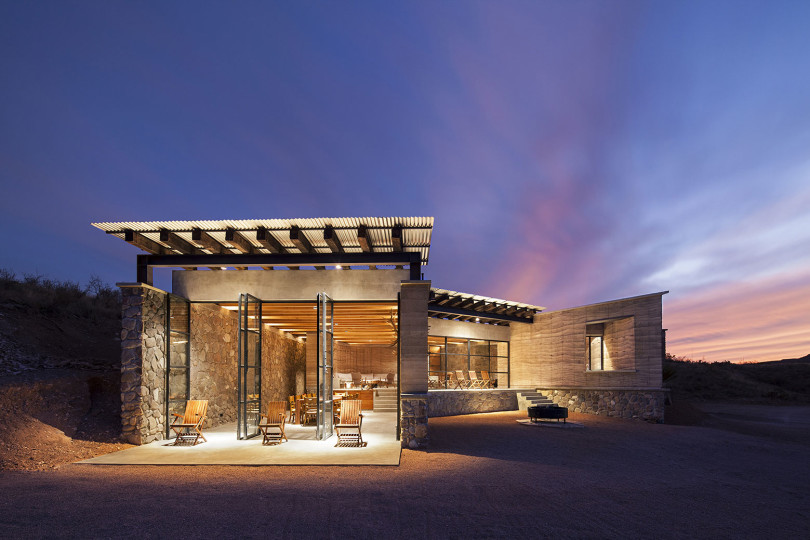 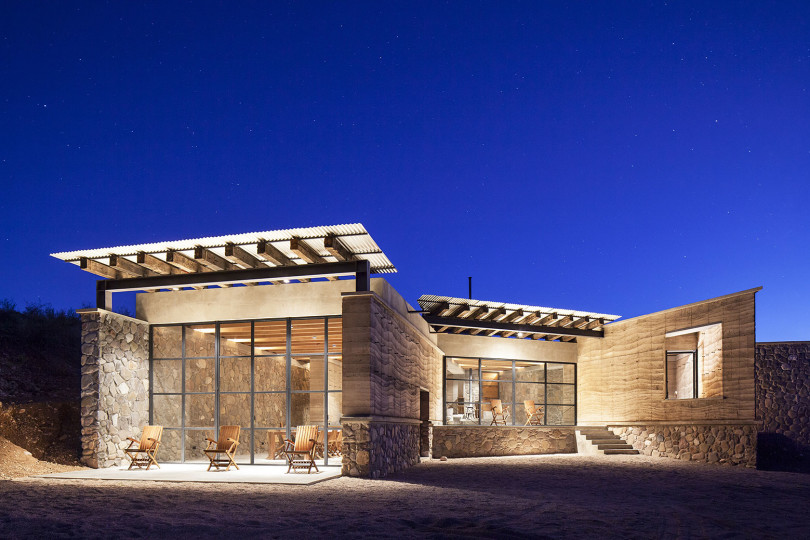 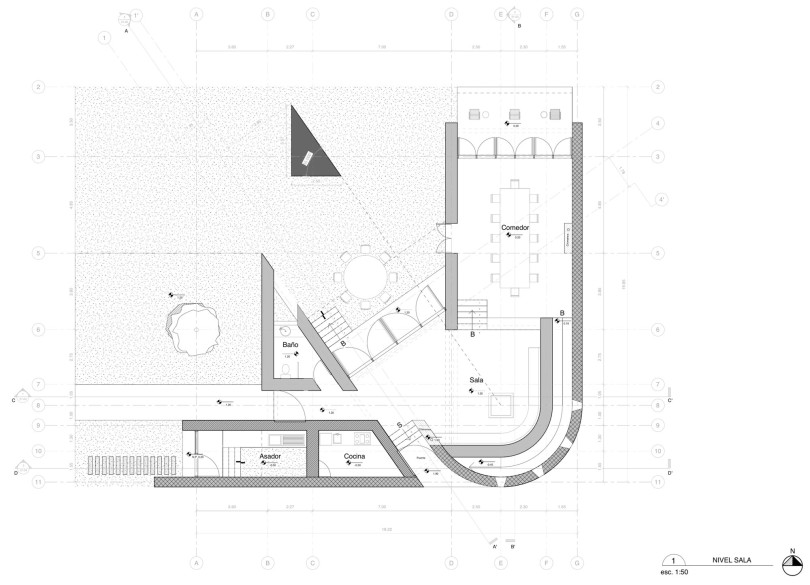 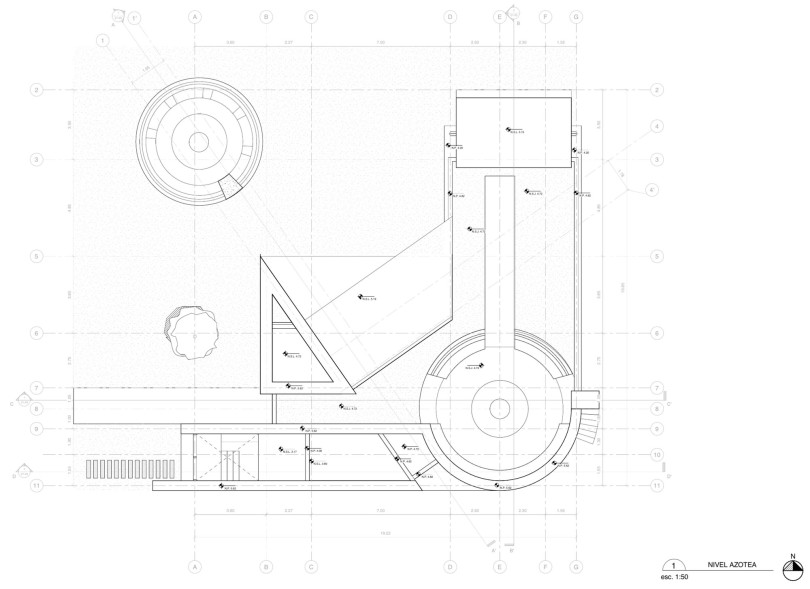 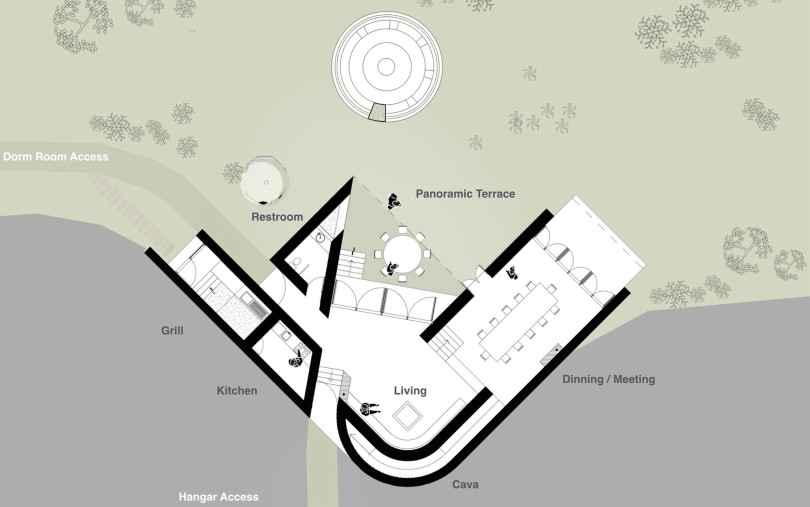 In Mexico’s northern border, inside the National Park “Maderas del Carmen”, there’s a natural reserve that fuses the passion of fauna conservation and the pleasure of enjoying nature through architecture.
The ecological reserve “Pilares” is located in the northern region of the state of Coahuila, in a 40,000 hectares (99,000 acre) land that is fully dedicated to the conservation of endangered species and the reproduction of others that had already disappeared from mexican territory, like the Bighorn sheep. Furthermore, this is an oasis in the contemporary world: a place isolated from urban development and linked to it’s Texan counterpart (The National Park Big Bend) by the greatness of it’s mountains and the pureness of the ecosystem.
In this context emerges “The Cave”, an architectural project that materializes the idea of creating a neutral space, one for socialization and contemplation, with a strong relation to the wild of a zone where the deer, the black bear, the bighorn sheep, the antelope and the american indian transit freely like if time follows it’s own rules there.
Like in vernacular architecture, the building responds directly to the site where it’s emplaced, with basic and even primitive volumes that rise with materials from the region, gaining color and texture right from the landscape. The feeling while visiting the project resembles to that of a cave, partially buried into the ground, providing a shelter from the exterior and allowing the user enjoy it from the warming interior.
The orientation of the building provides natural light from the north and directs its main views, through exterior terraces towards the highest peaks of the Sierra Madre Oriental. In the interior, the program includes a large dining room/boardroom, a living room, a breakfast area, bathroom, a wine cellar, a small kitchen and a partially covered space for grills.
To fully know this project, it is precise to understand the history of its materials and processes of development. Because of the nature and isolation of the place, it was important to use and reuse the resources of the area, achieving that 90% in weight of all materials was collected from ranches and sandbanks located within a radio smaller than 10 km (6.21 mi).
The metallic corrugated sheets and hardwood from abandoned rail tracks were found in the area. The walls are made of local materials: earth and stone are worked in vertical planes, after being extracted from their horizontal position. The constructive system combines river rocks, pine wood, rammed earth and concrete, which are elements rich in textures that mimic the multicolor landscape that can be perceived during sunset.
Considering that the design firm is based in Monterrey, the entire construction process had to be envisioned with an efficient logic in order to be able to keep a successful remote supervision. This can be seen throughout the honest language, apparent and simplistic architectural elements.
Kenji López Rivera, the firm’s leader, considers that his highest satisfactions were the new challenges and risks that arose during the development of the project. For instance, at the beginning there was another architectural project, with a different location and limited expectations for a visit center…suddenly, everything changed when Greenfield’s proposal conceptualized a whole new idea, one with a new location and a much larger architectural ambition.
This kind of projects are scarce in the world, but due to the rising extinction risks of many species, it is also a growing trend. In this case, architecture reminds us of ancient times, and also, promotes reflection of our own species for the future.
*Every animal element in the images, e.g. antlers and horns, were recovered from recently deceased specimens that died of natural causes.” 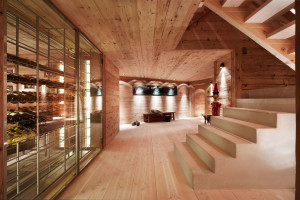 Chalet in Gstaad by Ardesia Design

The Chalet in Gstaad was designed by Ardesia Design and[...] 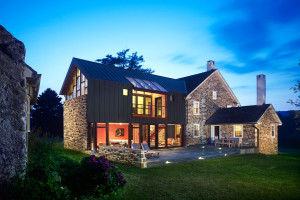 This existing 18th century stone farmhouse was renovated and extended[...] 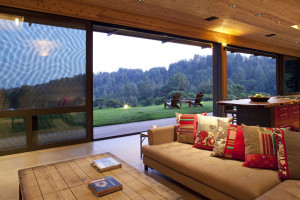 This amazing residence, designed by CCS Architecture is located inland[...]