Villa One by EFFEKT 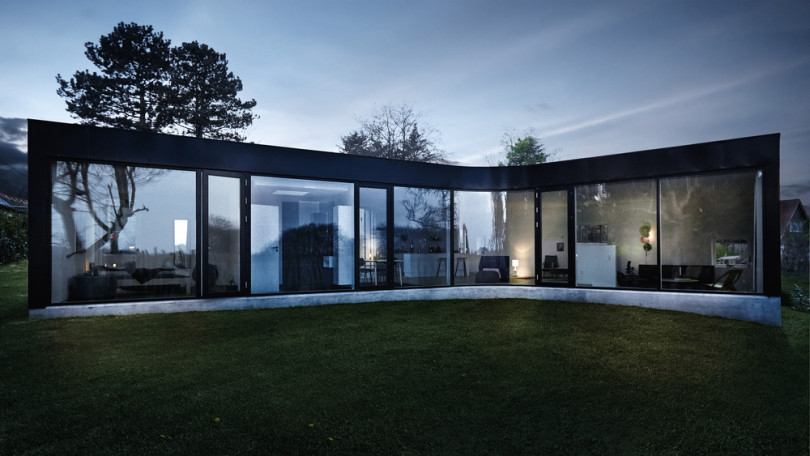 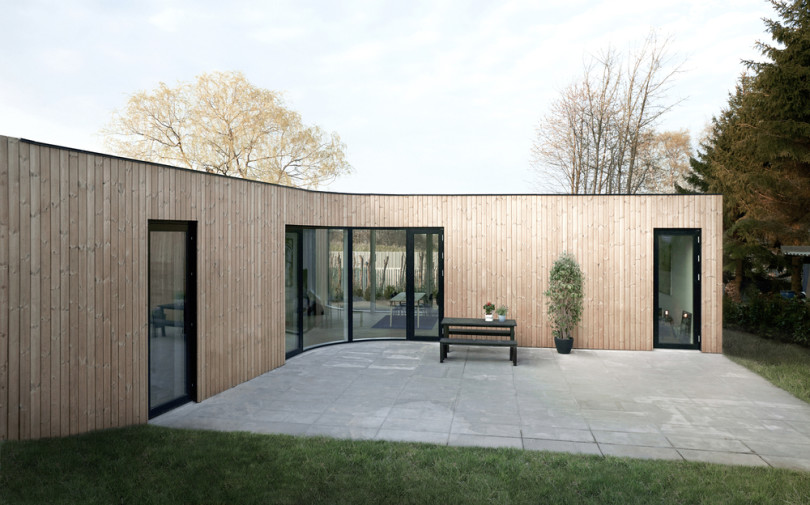 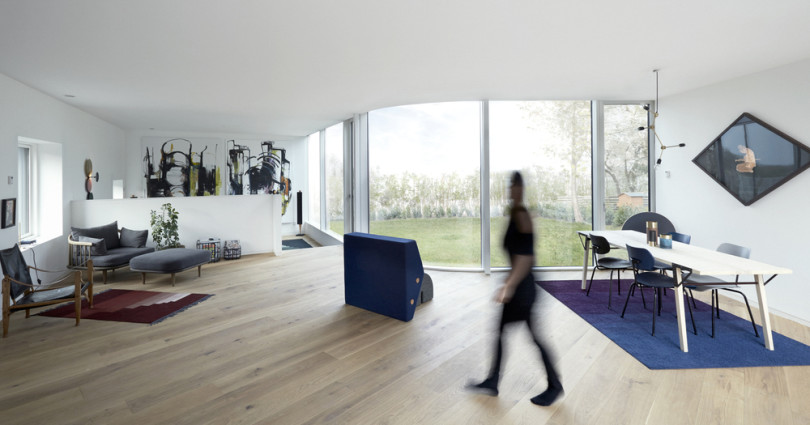 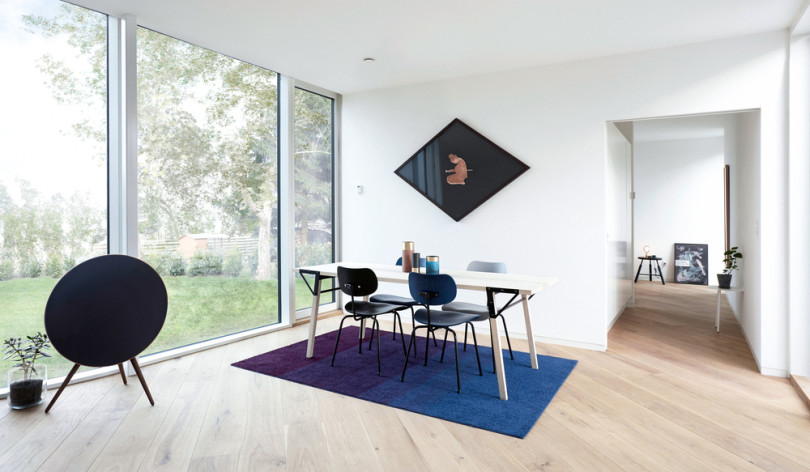 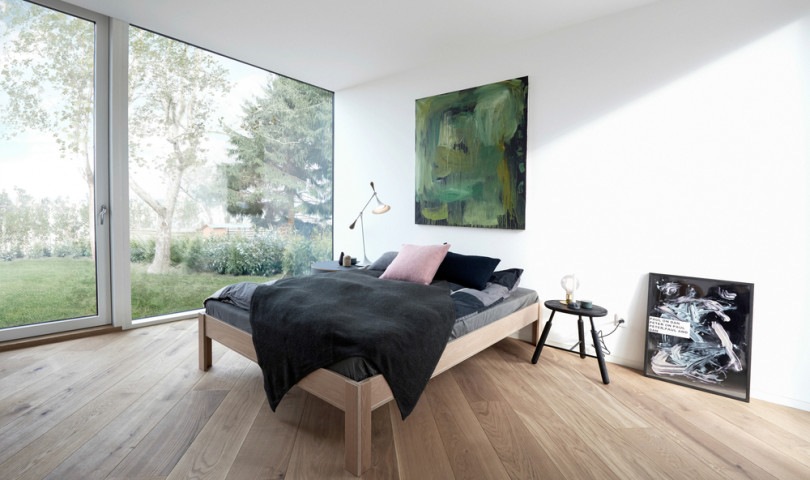 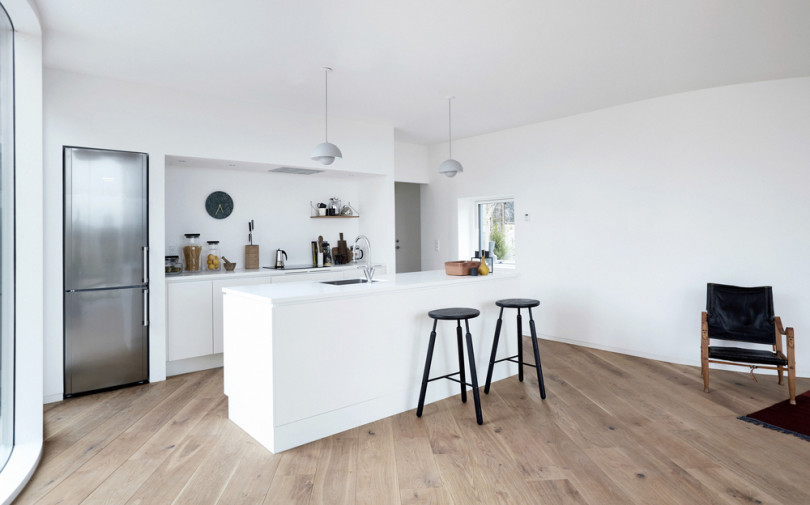 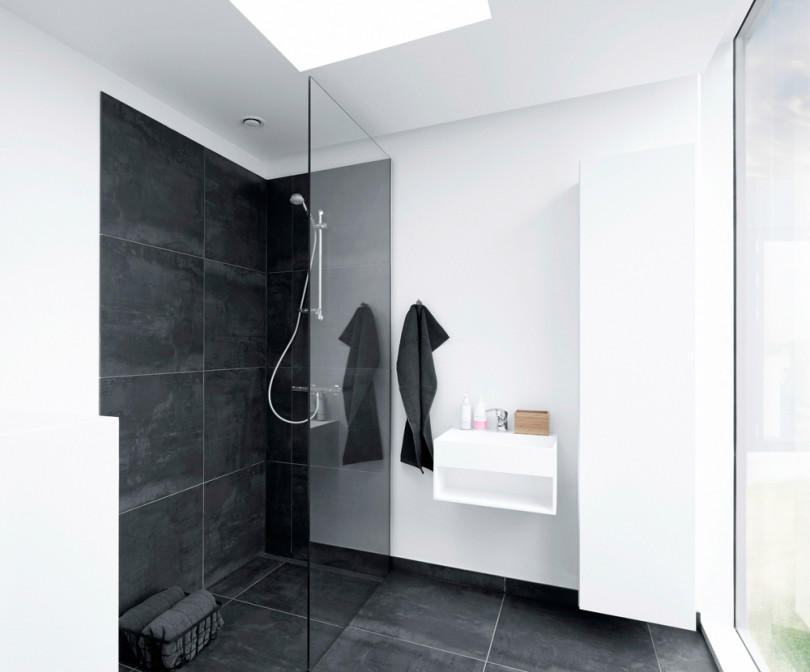 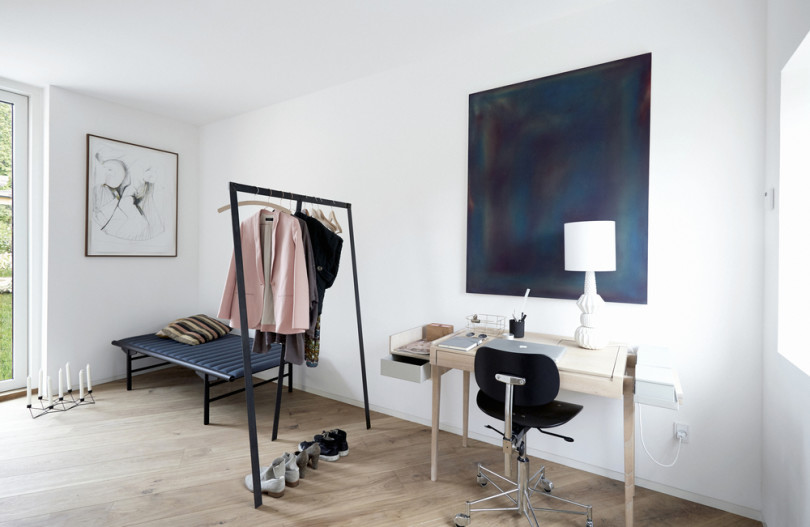 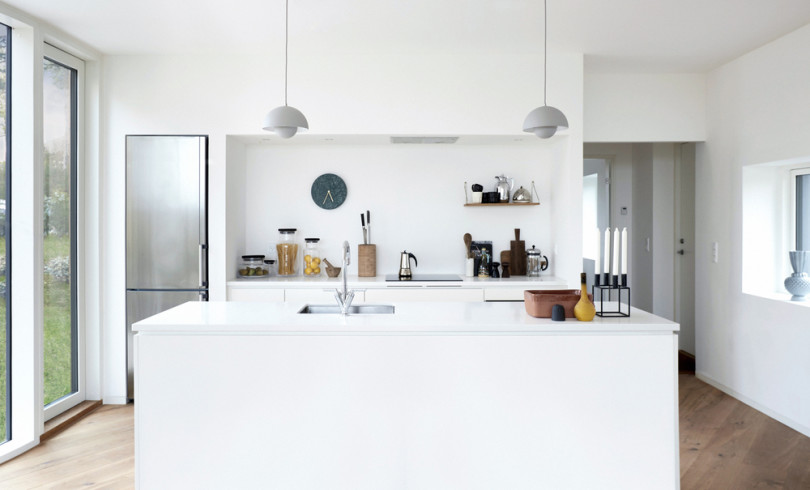 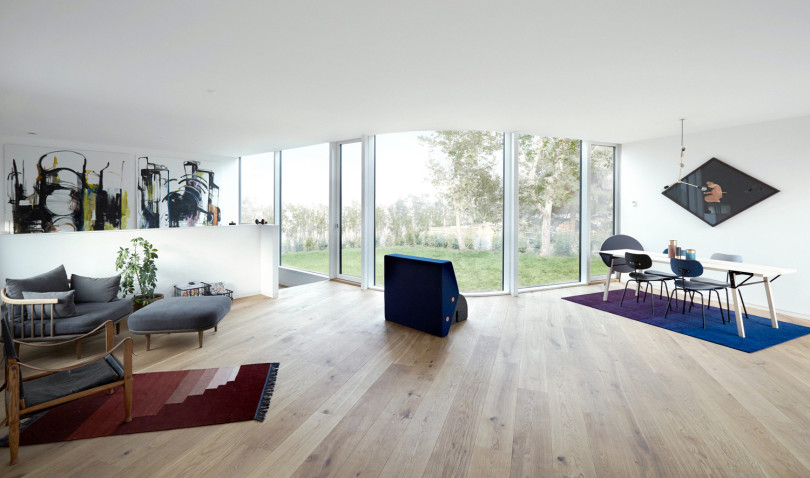 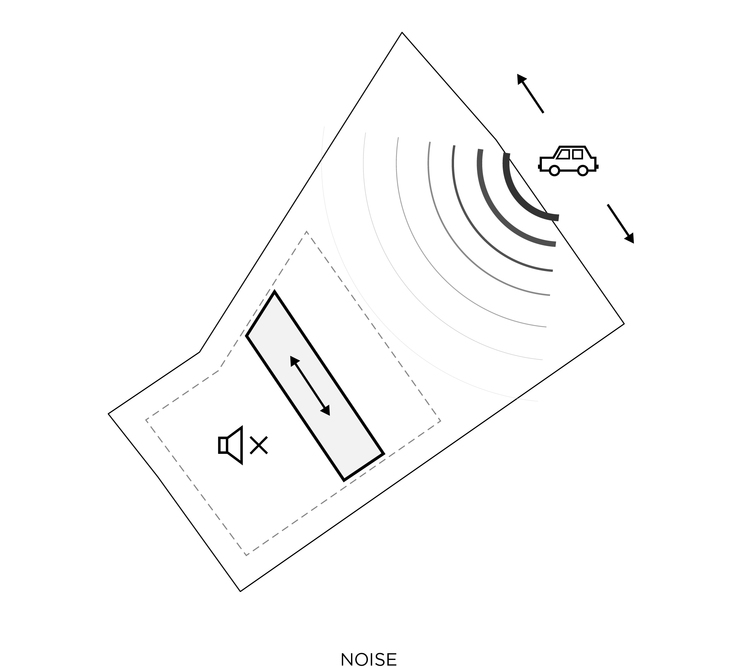 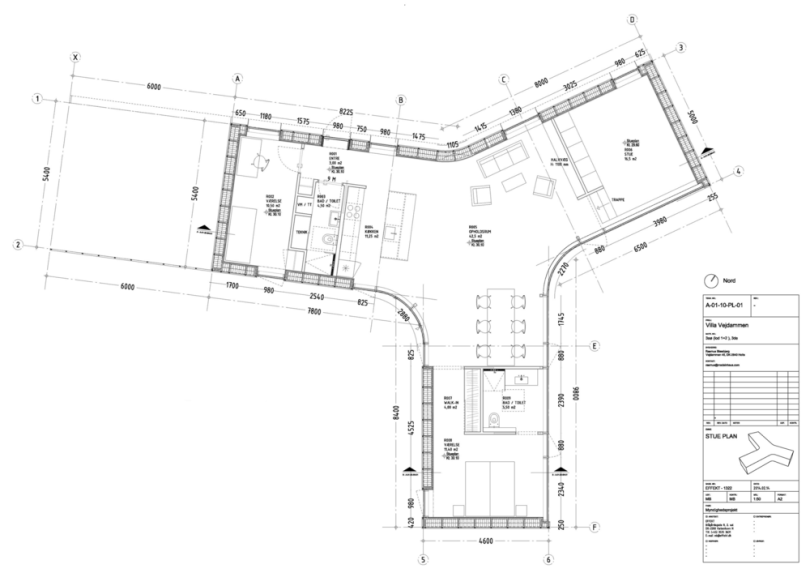 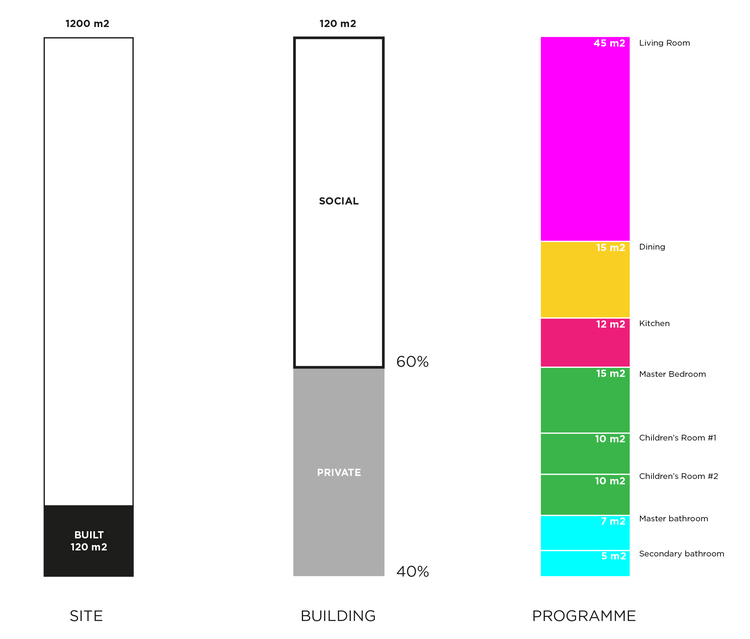 “Villa ONE is designed as a flexible home for a young couple with 1-2 children. The floor plan maximizes the social functions in a large open family space with views to the surrounding landscapes, courtyard and secret garden.
Planning restrictions on the site called for a careful and minimal approach positioning the house close to the residential street. In most cases this would be the most ideal location, as you would have a large private garden behind the house. In this case however, it was not. One of the busiest highways has its path at the very end of the sloping garden – recessed only a few meters below the terrain. Hidden from the line of sight but still very noisy. The shape of the house creates a protected courtyard, shielded from the noise, and at the same time in the most optimal orientation in terms of sun exposure. The ‘meadow garden’ between the house and the highway becomes a sculpture garden that is mostly used as a foreground for the spectacular view over the preserved landscape behind the recessed road. The secret garden on the north side of the house, allows for vegetation from the ground to continue seamlessly on to the facade.
The simple plan layout is oriented around a large social area in center of the house giving each “wing” is own private area but also eliminates all hallways space. Bathrooms located between the social space and private spaces act as buffer-zones making the private rooms even more private. The extended living room is prepared to be sectioned off from the social space creating a third bedroom. Furthermore preparations in the foundation of the garage, make the addition of a fourth room very easy. The idea was to create an affordable house for a young family with a single child or no children at all, and allow them to transform their home as the family grow bigger – but as a starting point making good use of the space until the need for the extra rooms arise. With the end user in mind, the house was built on a very limited budget and was delivered on the same price point as most of the standardized package-houses, available in Denmark.” 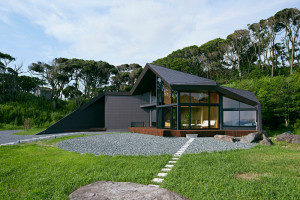 Villa Escargot was designed by Takeshi Hirobe Architects. It is[...] 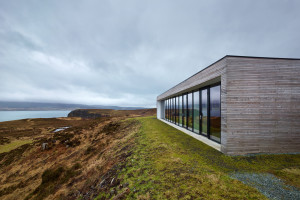 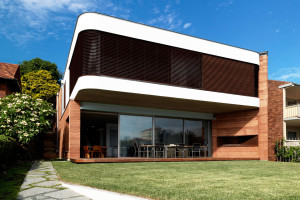