Antivilla is a weekend home transformed from the ruin of a former knitting factory located on the shores of the Krampnitz lake near Potsdam, in Germany.
The sustainable building is constructed in antithesis with the modern villas found nearby. The refuge was built between 2010 and 2014 by Brandlhuber+ Emde, Schneider. 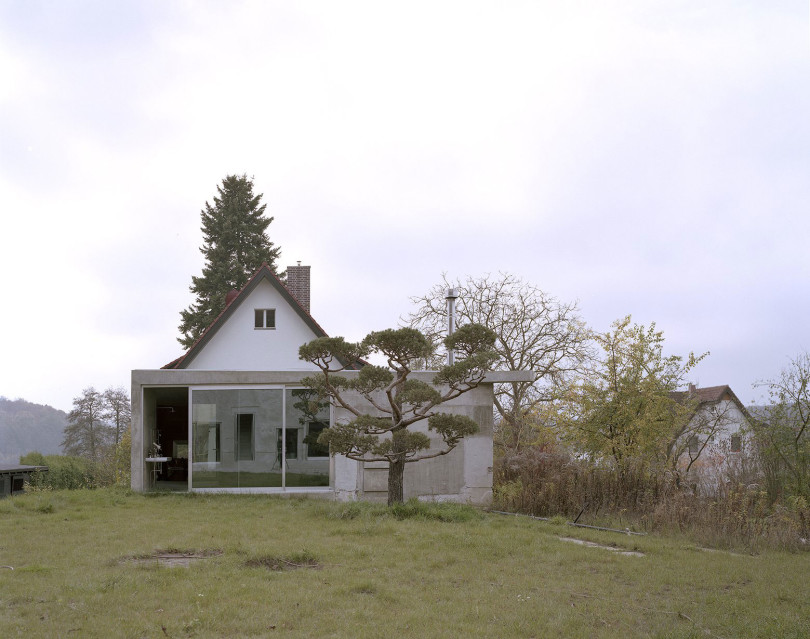 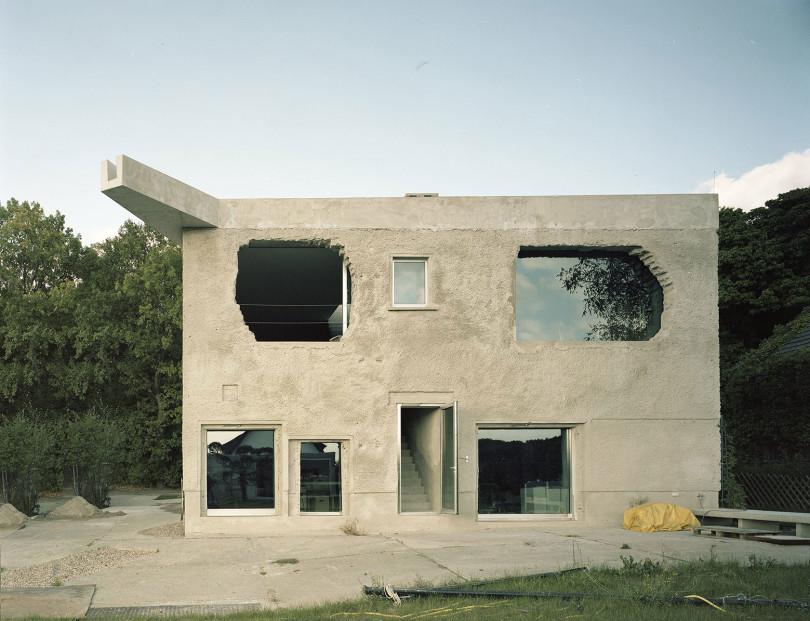 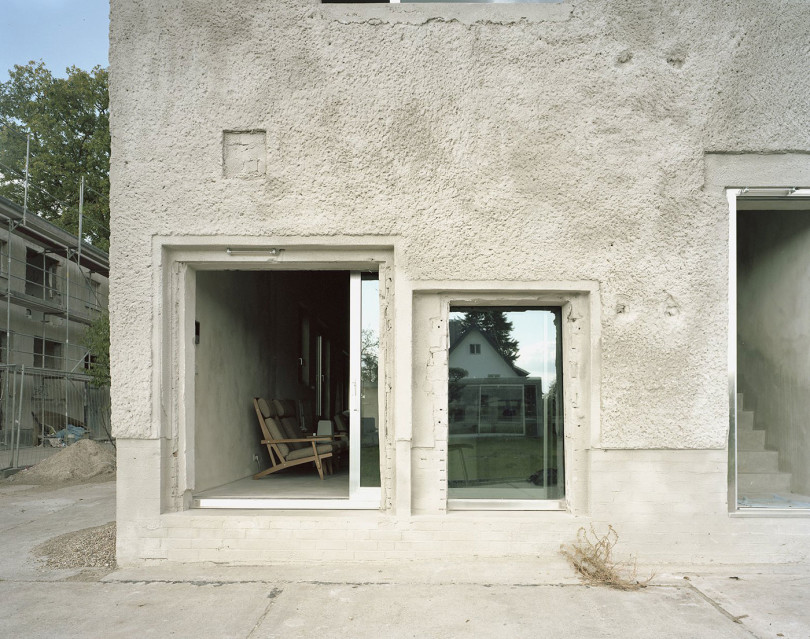 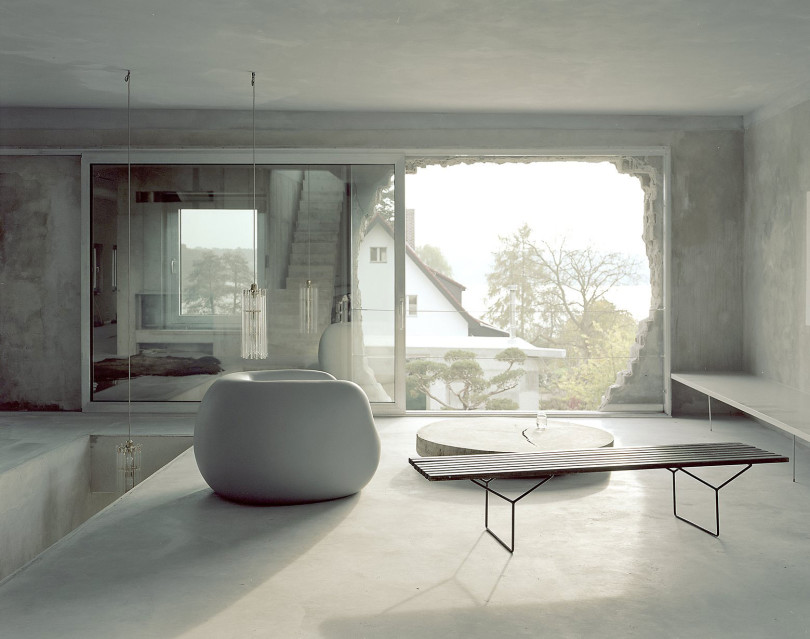 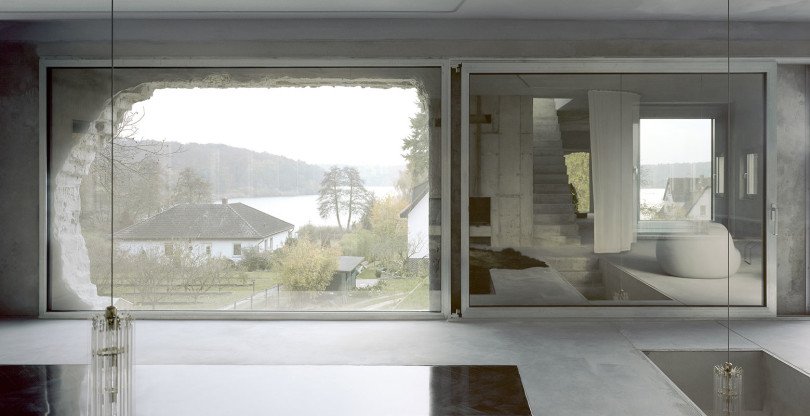 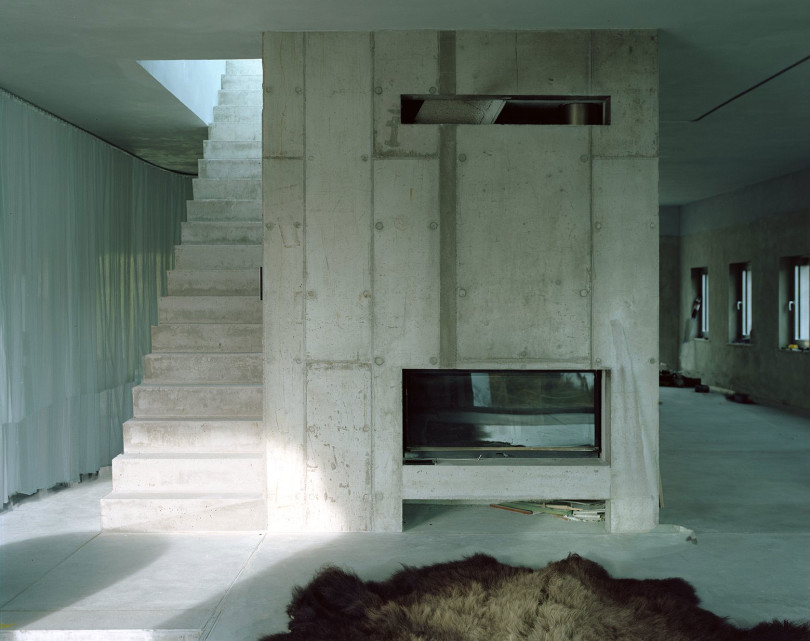 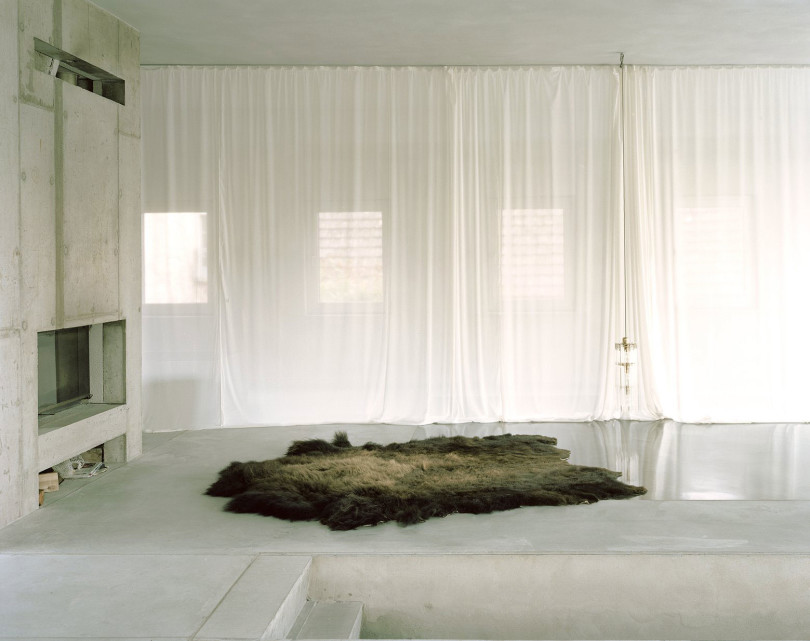 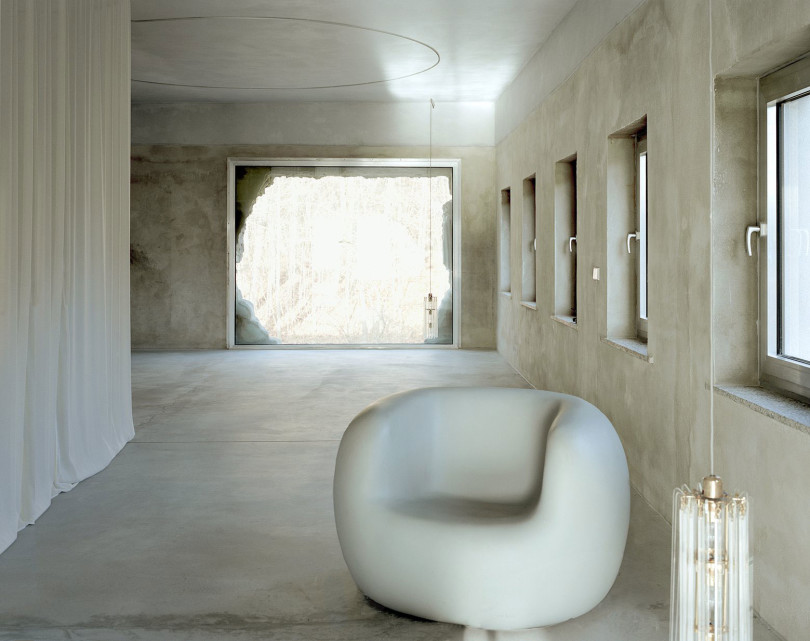 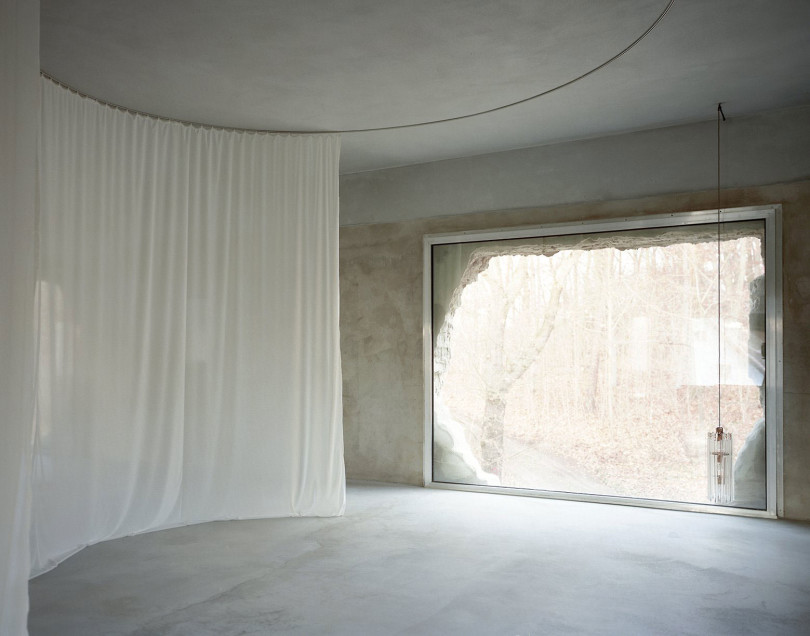 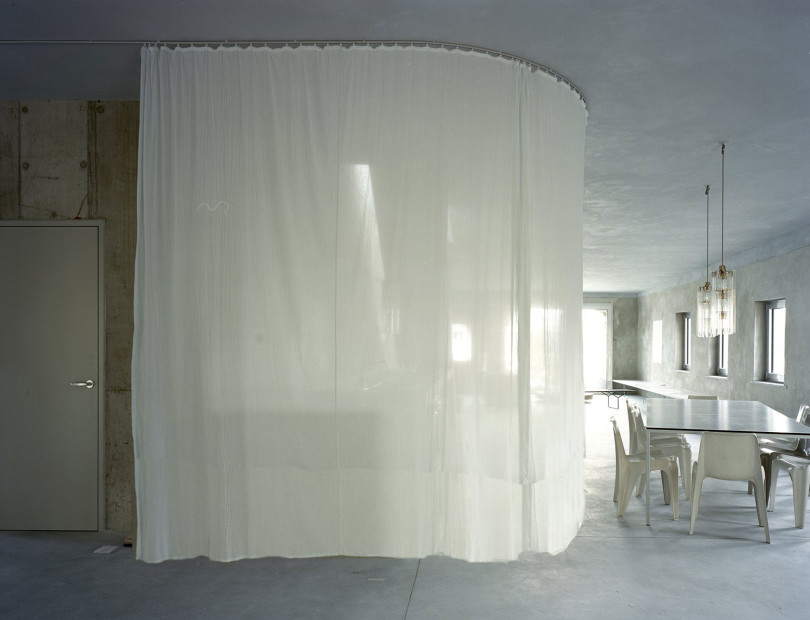 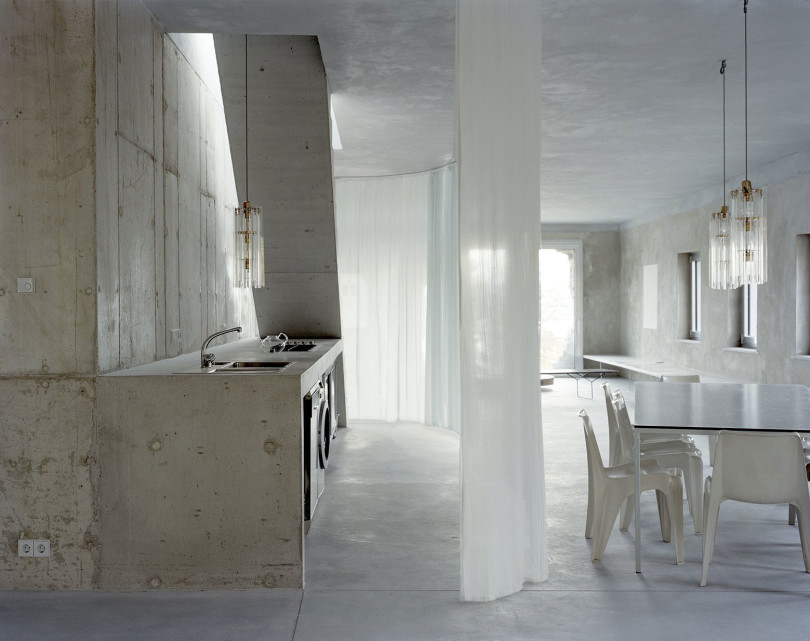 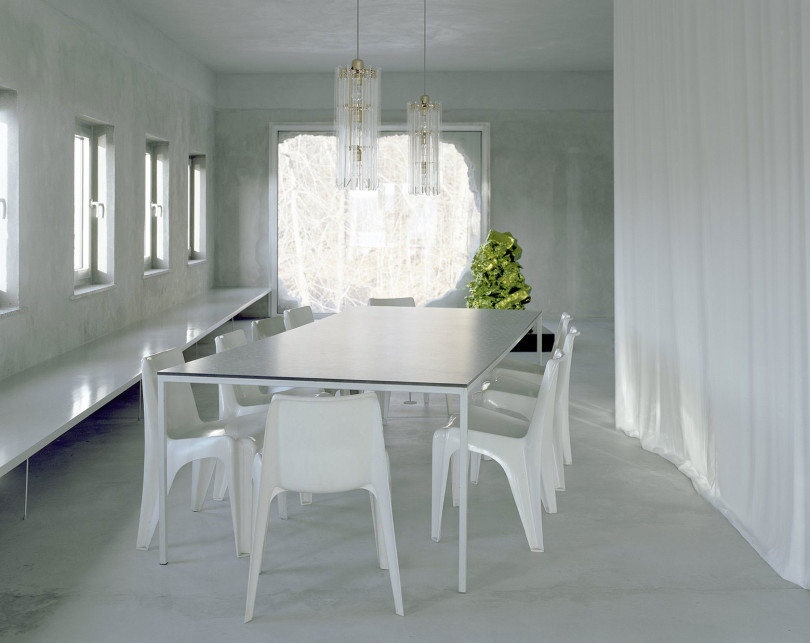 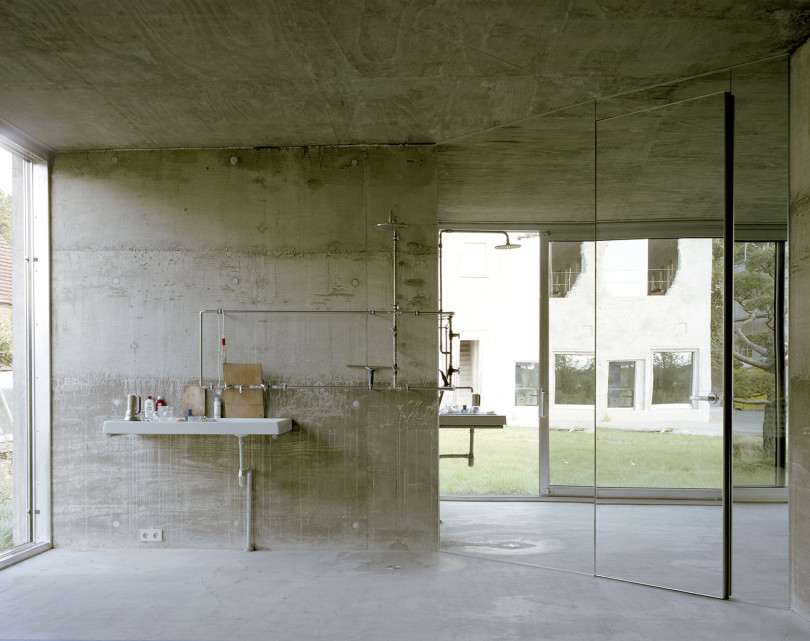 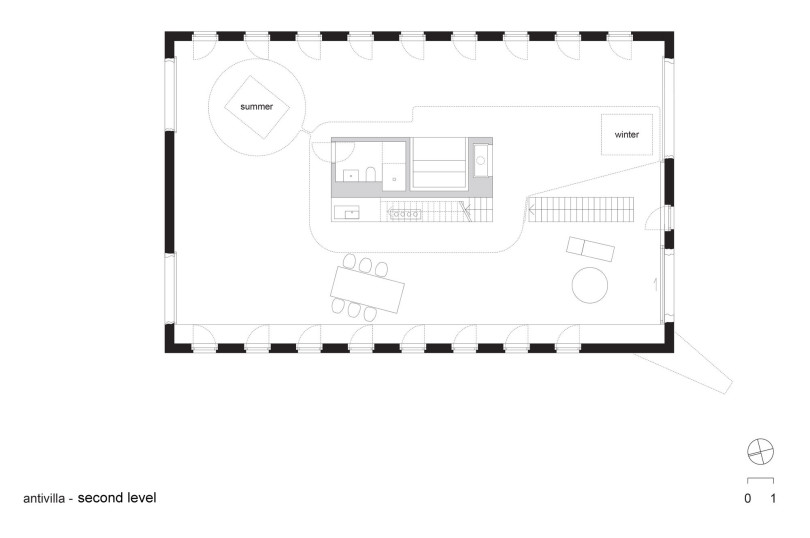 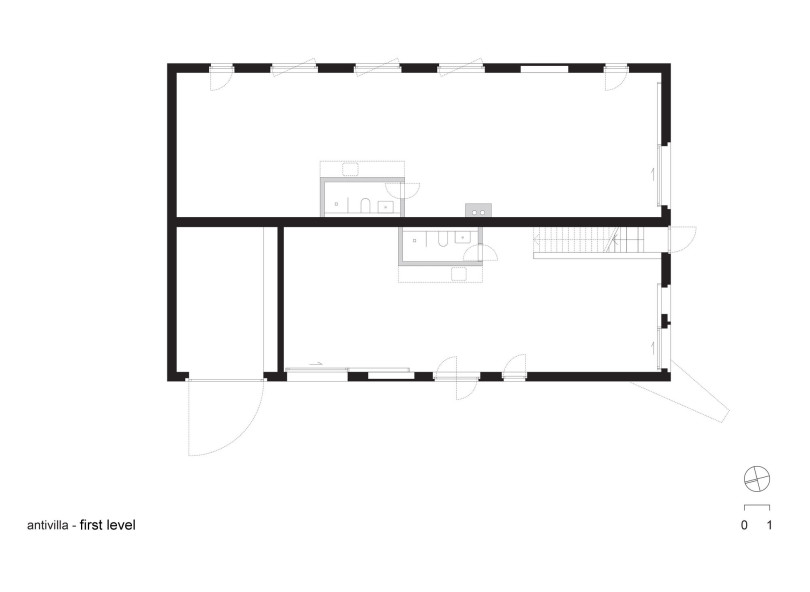 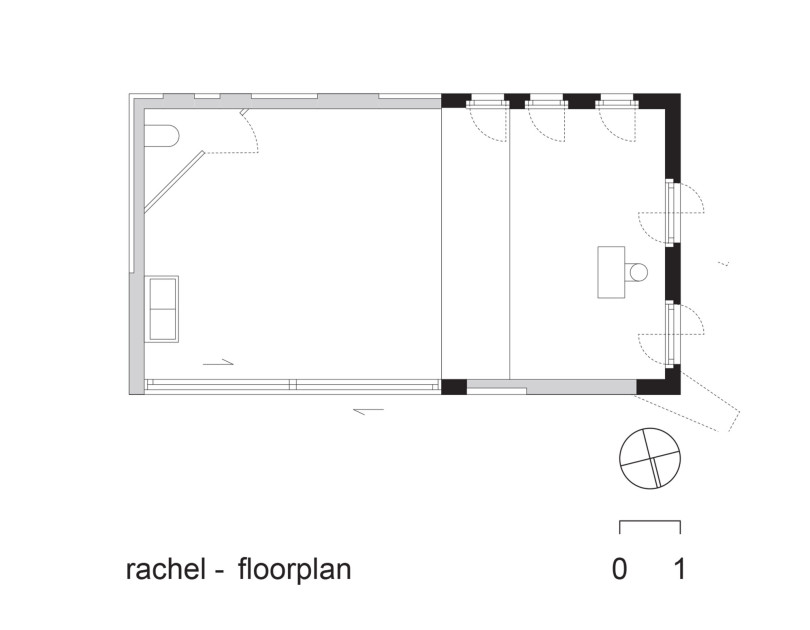 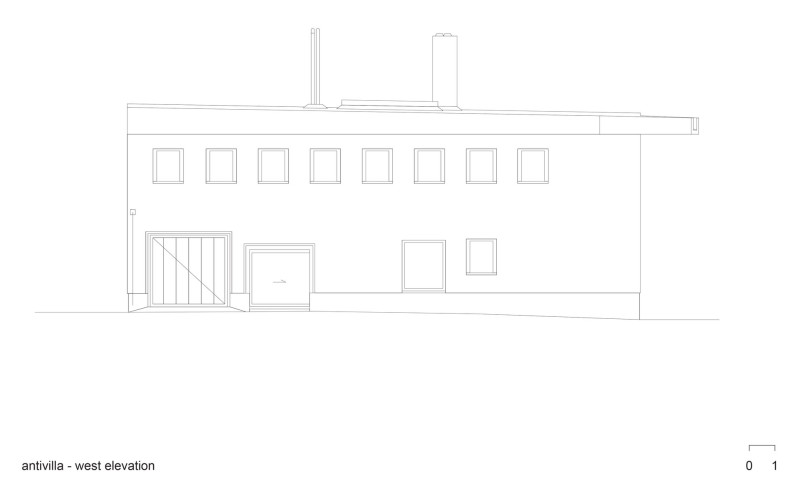 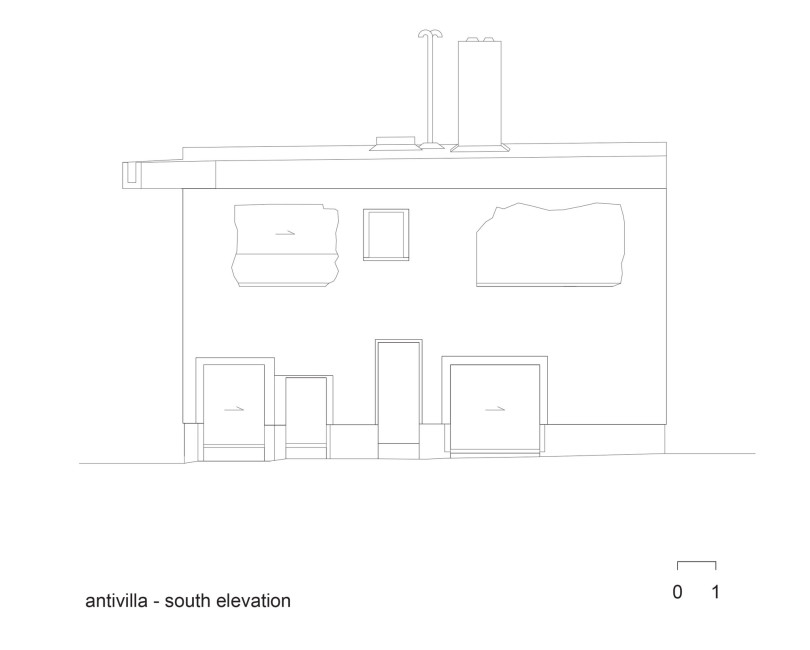 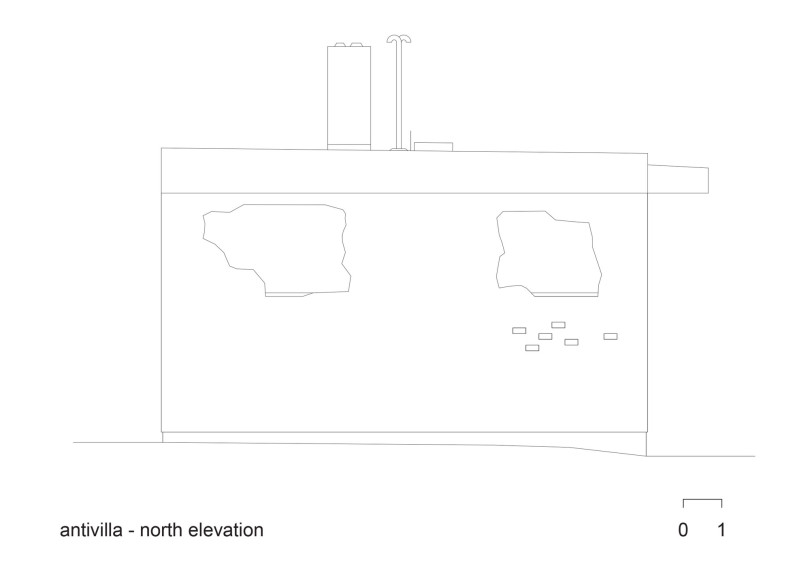 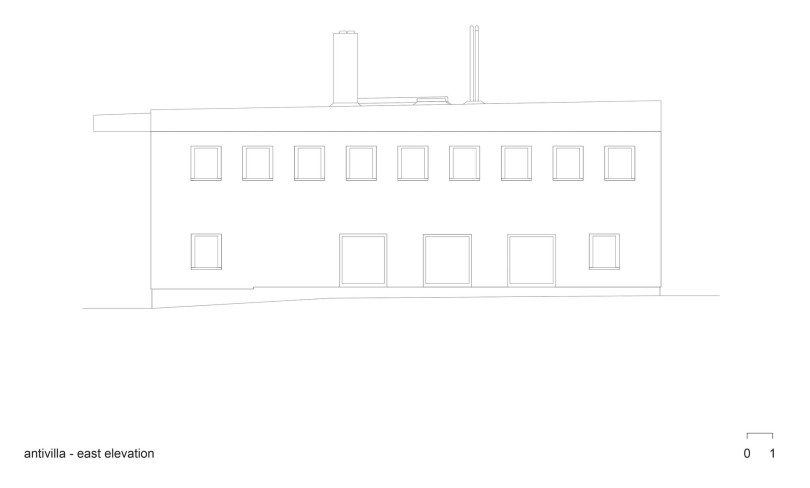 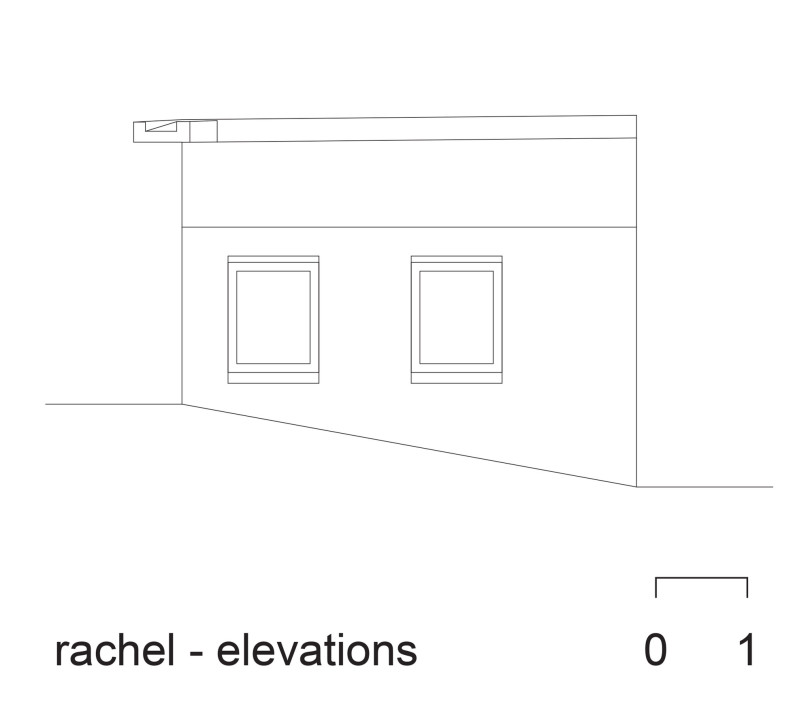 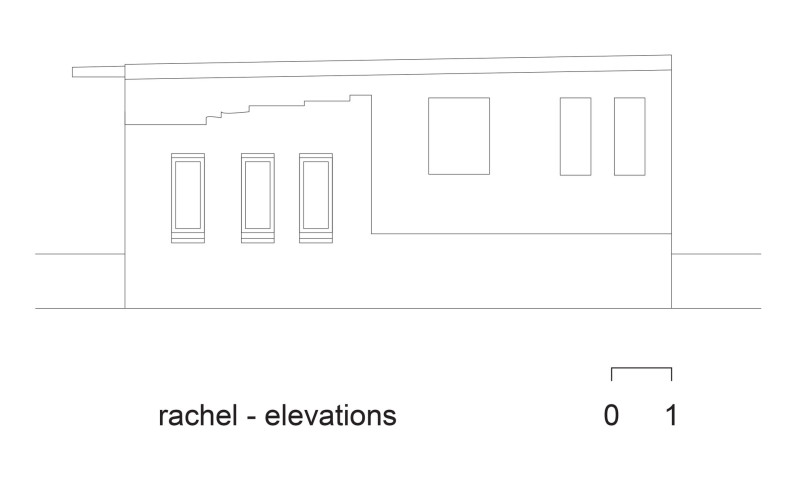 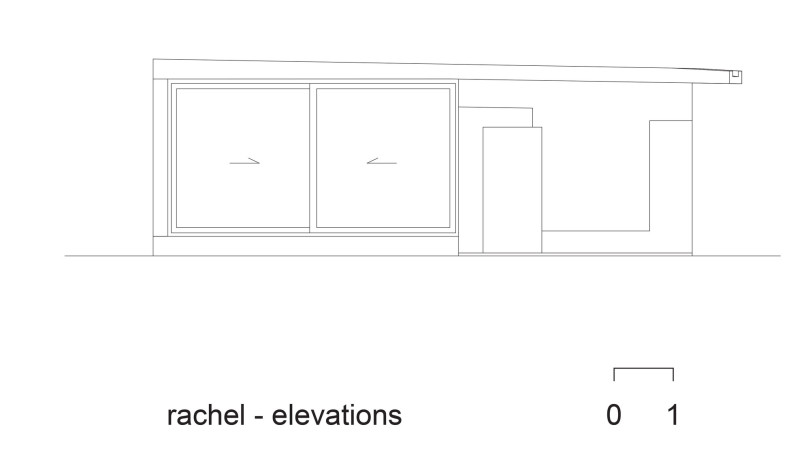 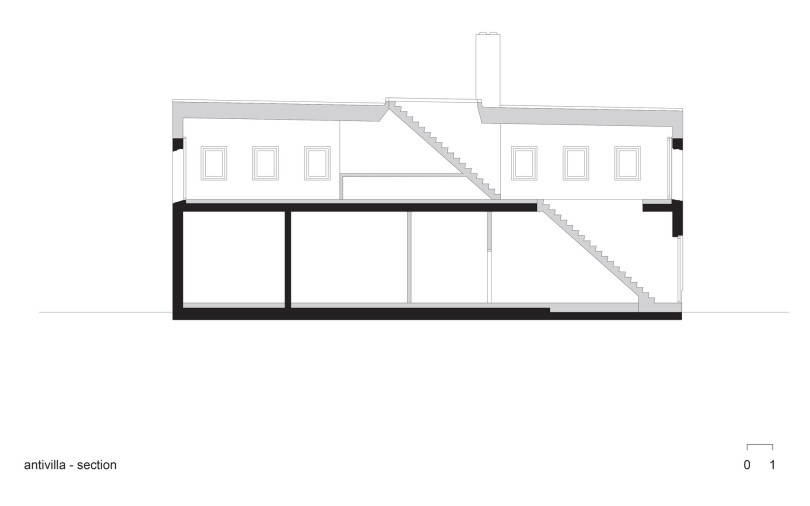 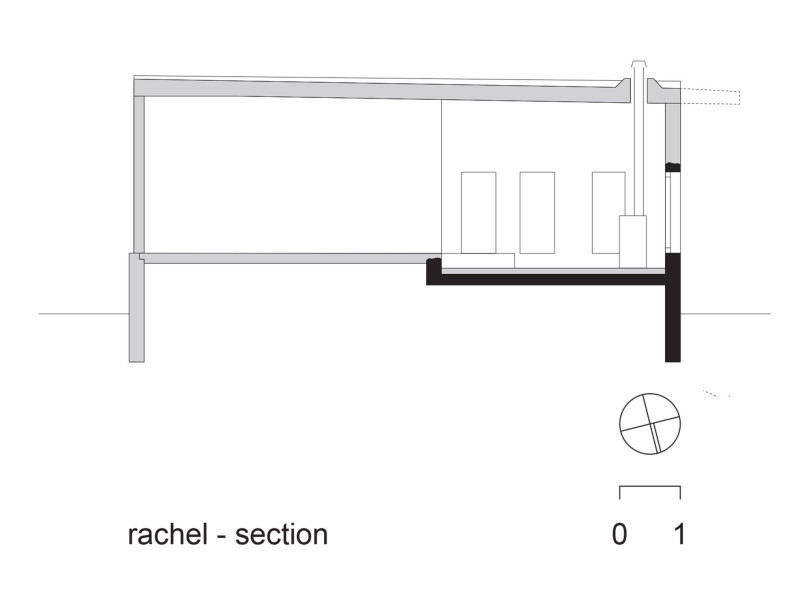 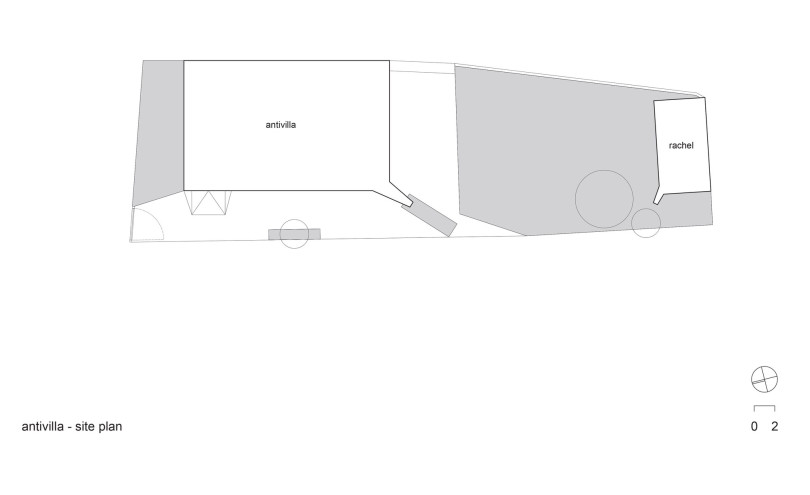 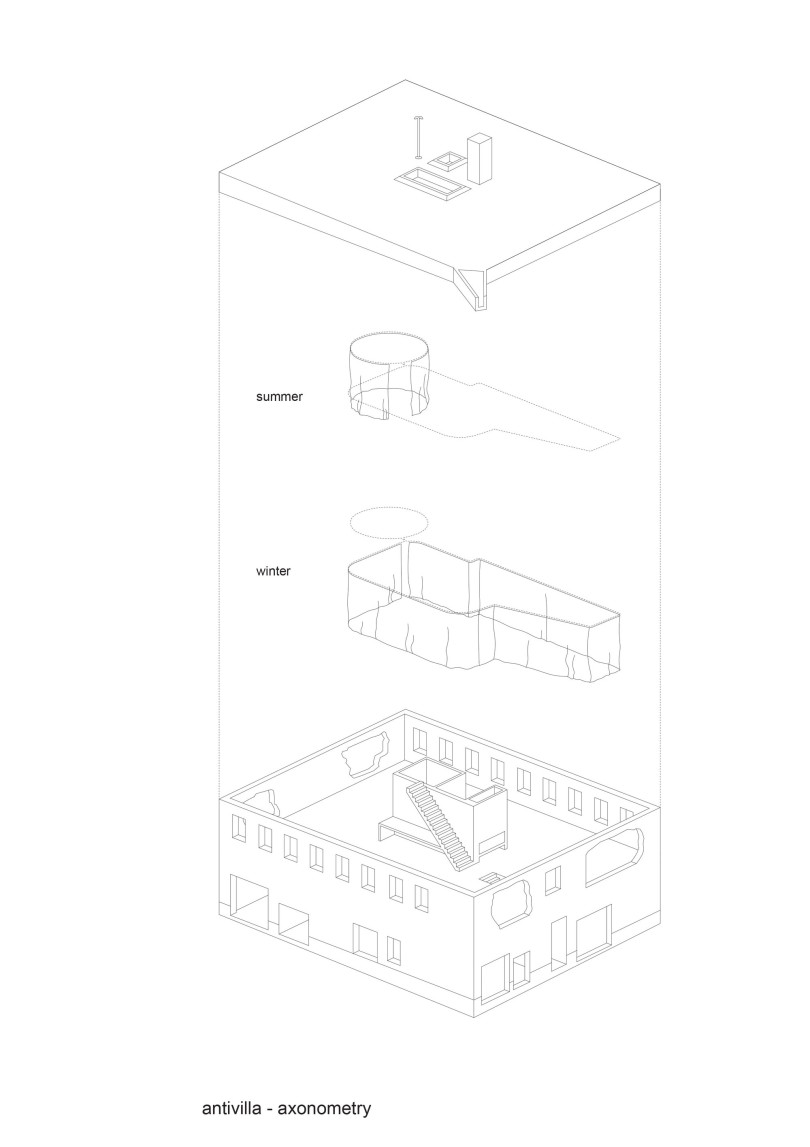 ““Antivilla, the refurbished former German Democratic Republic lingerie factory „Ernst Lück“ at the Krampnitzsee, southwest of Berlin, questions the relationship between building regulations and standards, energy efficiency together with the idea re-use and adaptive living.
Built between 2010 and 2014 Brandlhuber+ together with Pichler engineers developed a combined living and studio building with a new approach.
Instead of insulating the existing structure and to save costs, the façade was covered with shortcrete. To generate an open space all non-bearing walls were removed and a functional 20 square meter (215 square foot) core with the staircase, bathroom, kitchenette, fireplace as well a sauna were installed in the center of both floors. The space can be zoned by simple transparent PVC curtains according to the actual climate needs. In the summer time the curtains are retreated only to a 10 square meter (107 square foot) bedroom in the 230 square meter (2,475.7 square foot) open loft space, while in winter the heated area makes only 60 square meters (646 square feet) of the whole floor area which includes moving the bed closer to the open fire.
The gable roof, made of corrugated asbestos plates, was removed and replaced by a flat concrete slab that structurally allowed big openings in the walls. These, up to five meter, large windows on the north and south facade, are the result of the collective work by friends hammering away the wall to create big openings which provide a scenic view over the nearby lake.” 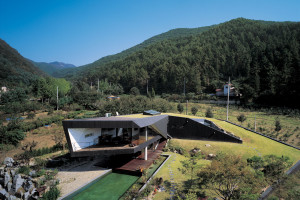 Villa Topoject was designed by AND for a couple. This[...] 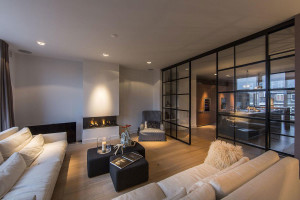 Amsterdam apartment was renovated and finished in 2014 by DENOLDERVLEUGELS[...]

Remy Meijers has designed the Villa in ‘het Gooi’. This[...]