The Cloud House was designed by McBride Charles Ryan. It is a new addition and renovation to an existing house located in Fitzroy North, Australia. 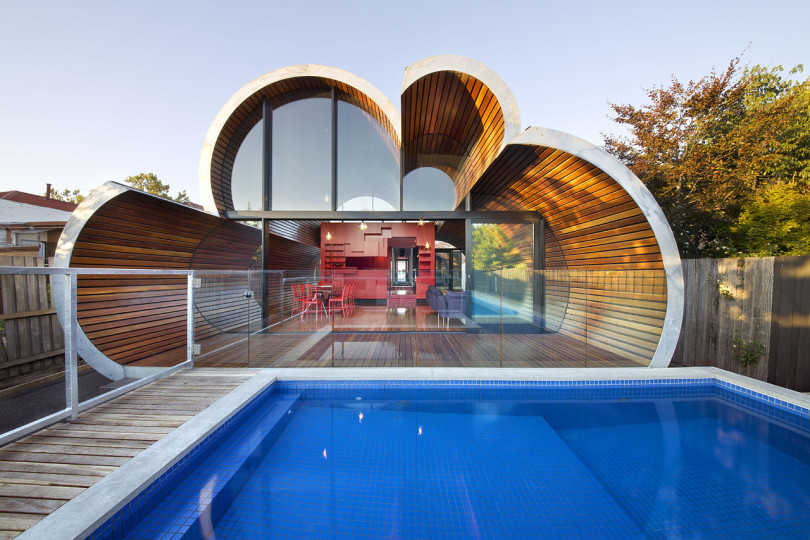 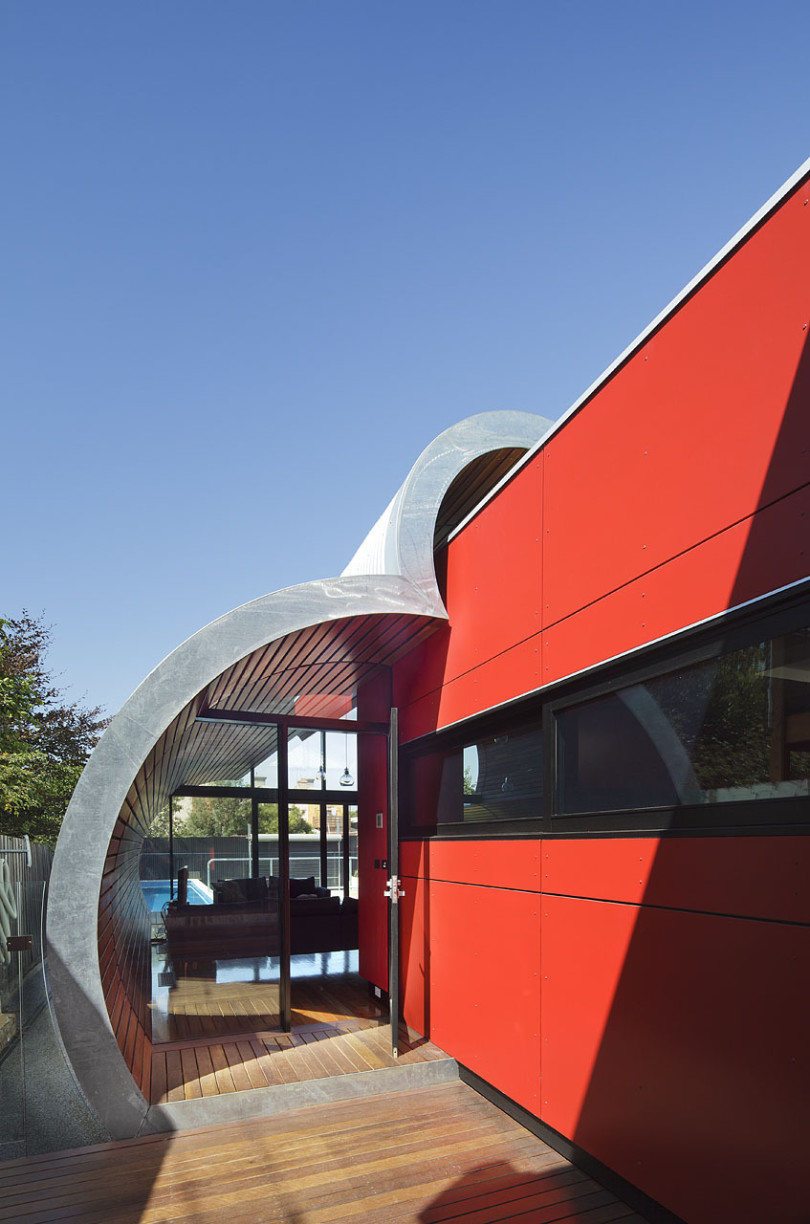 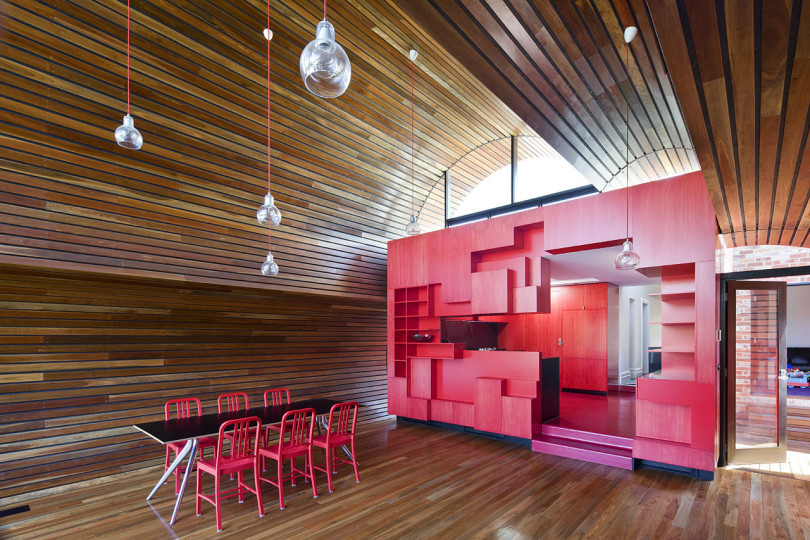 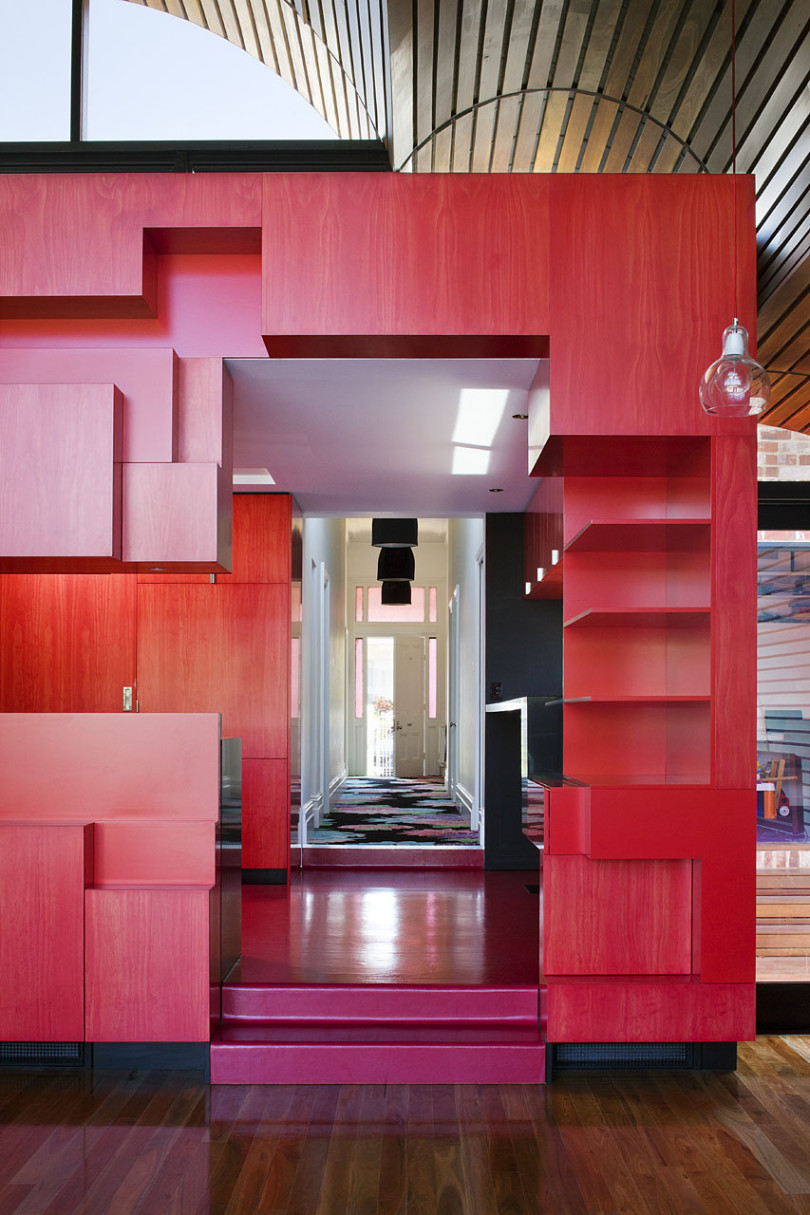 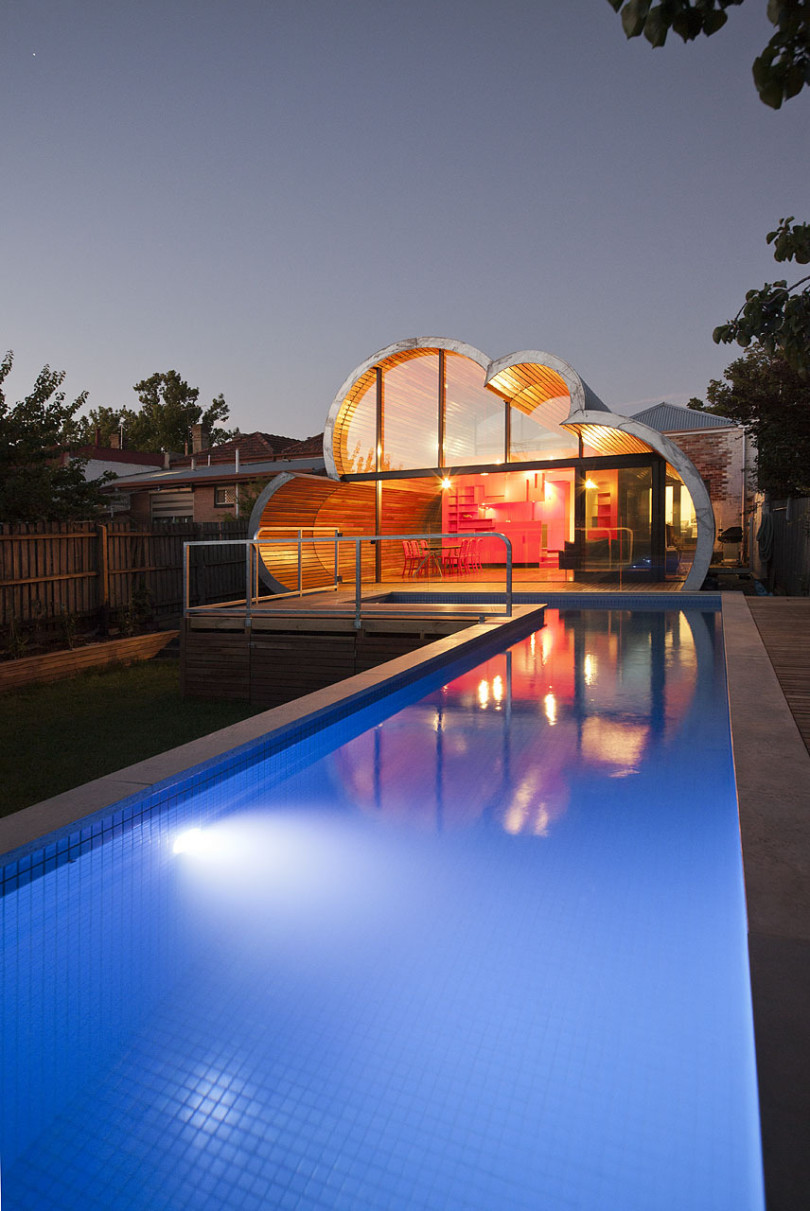 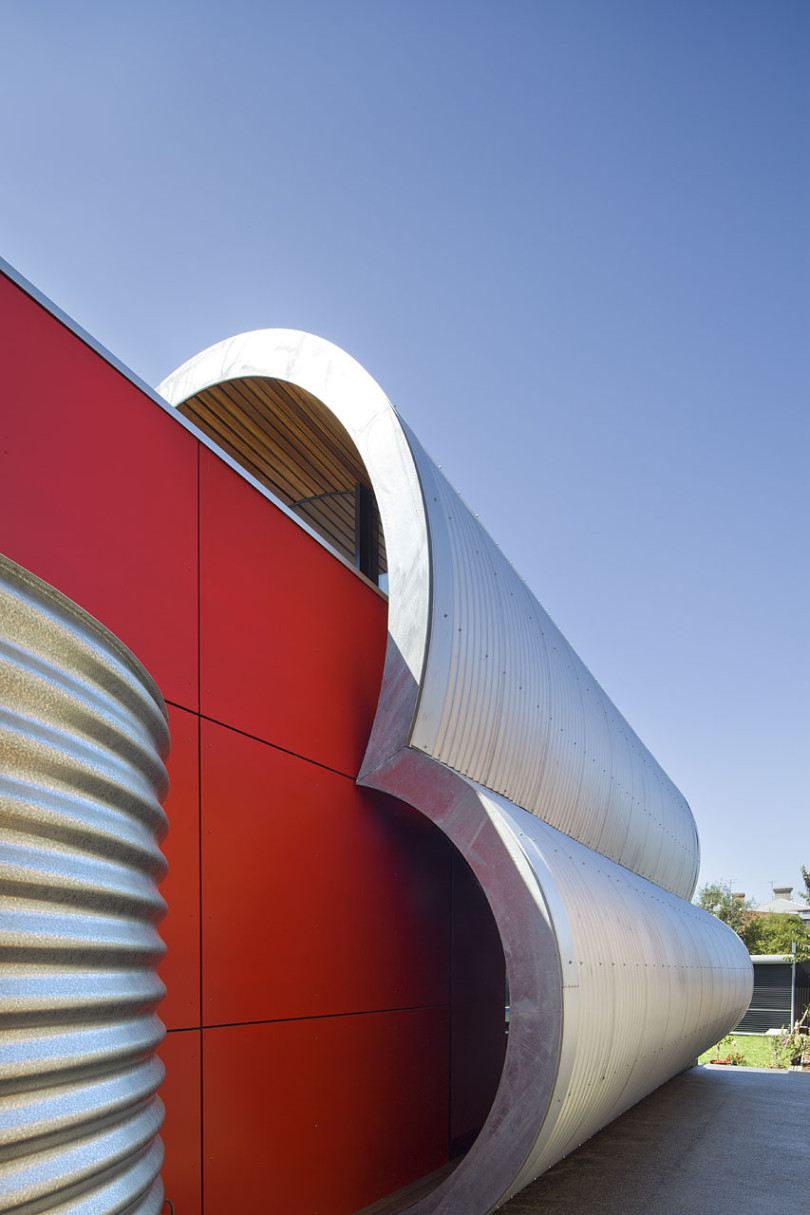 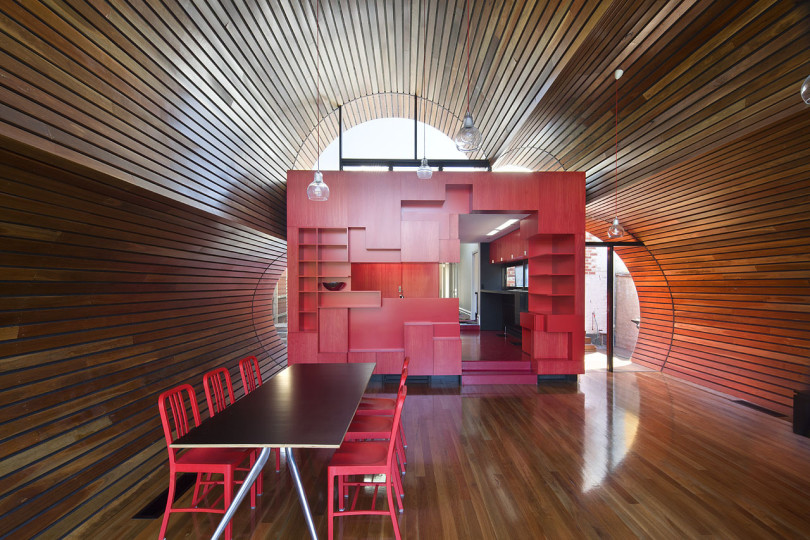 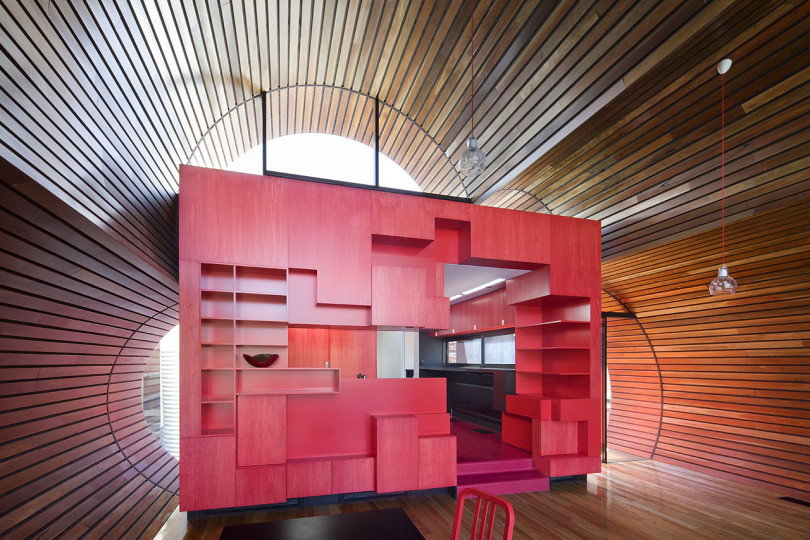 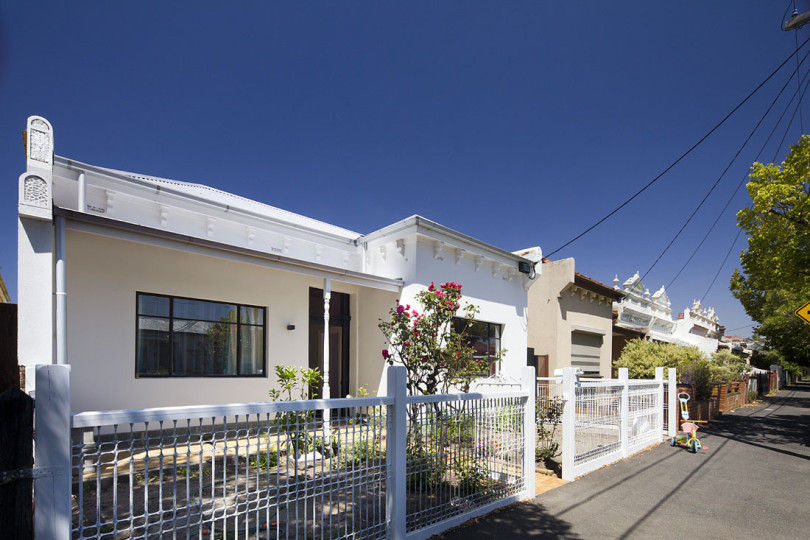 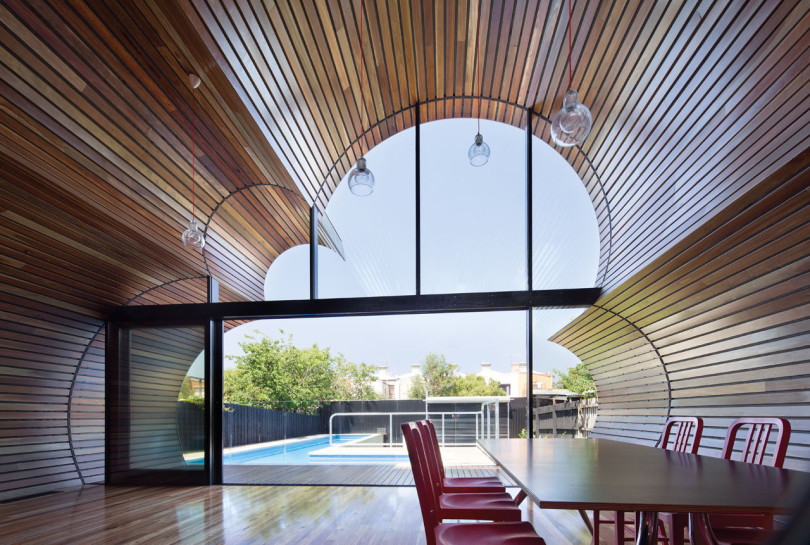 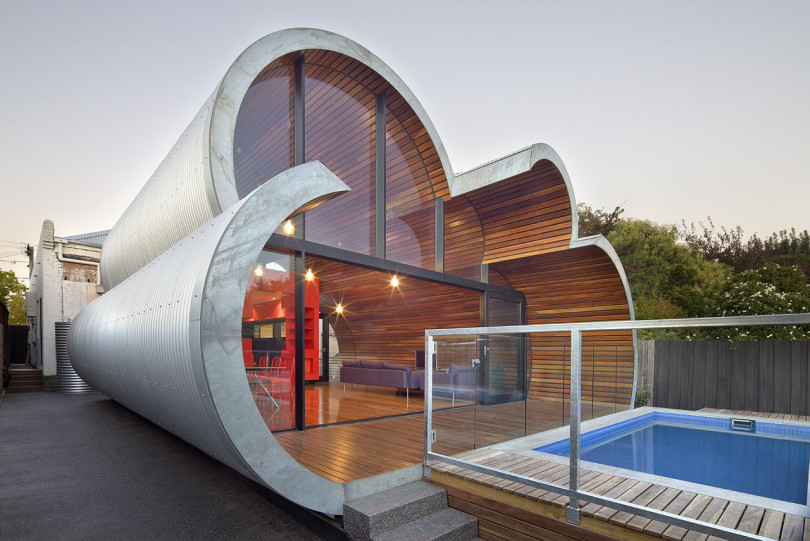 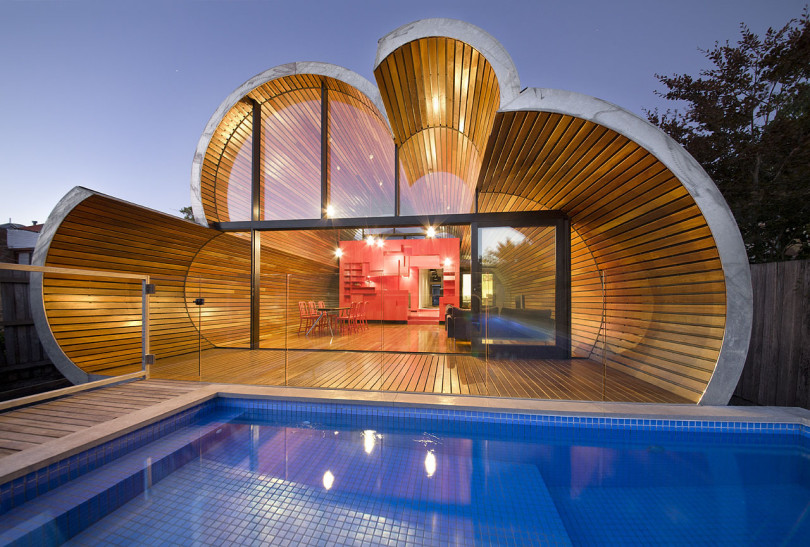 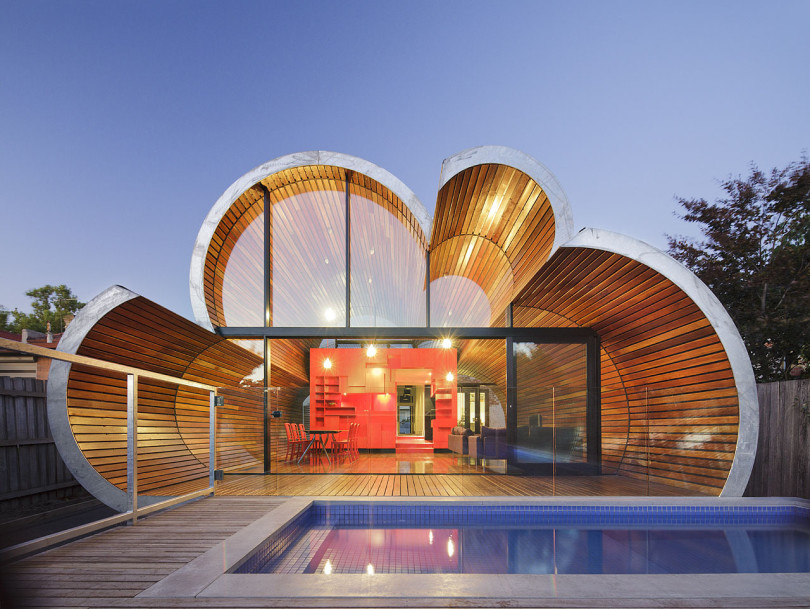 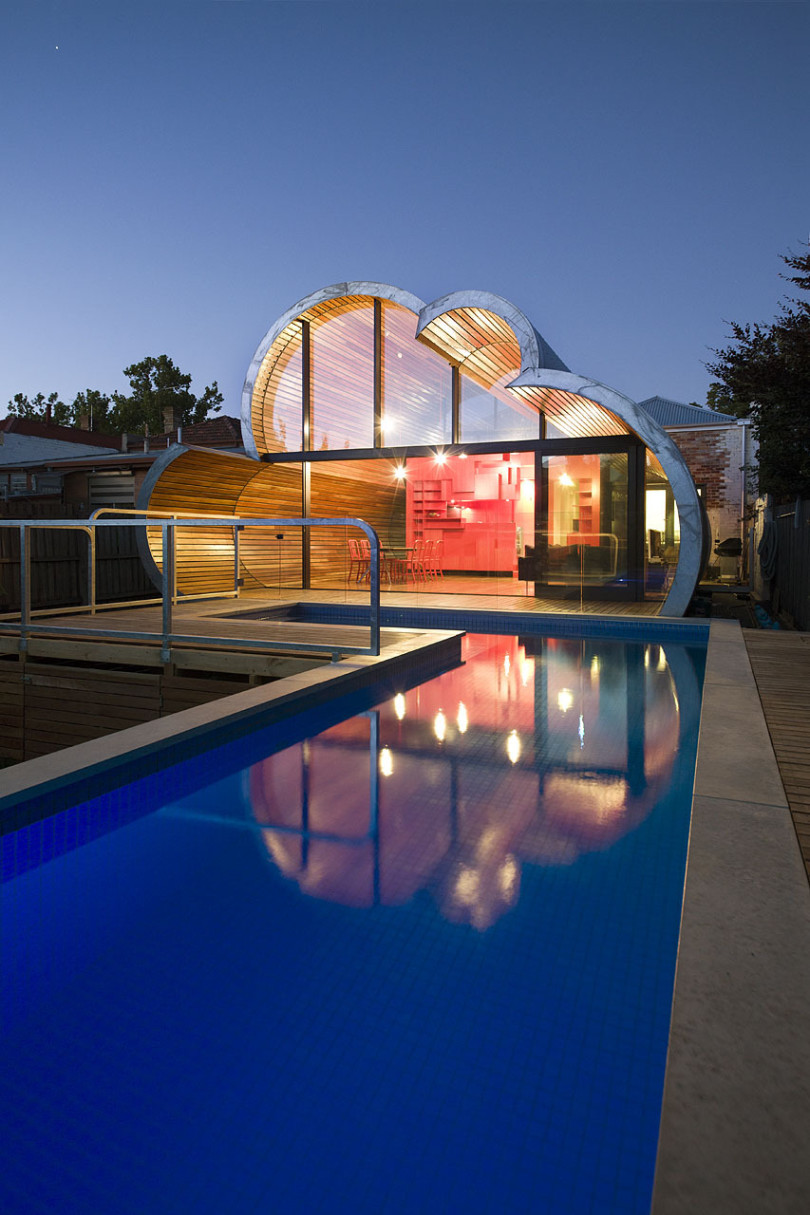 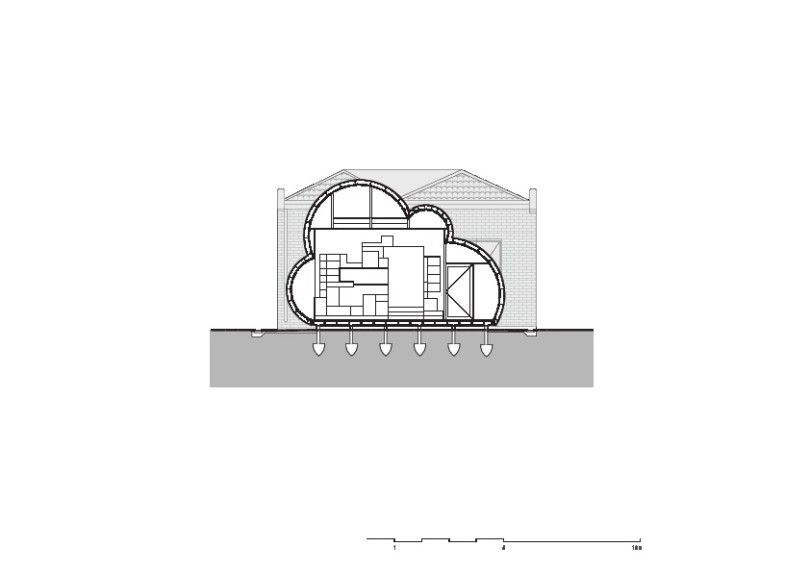 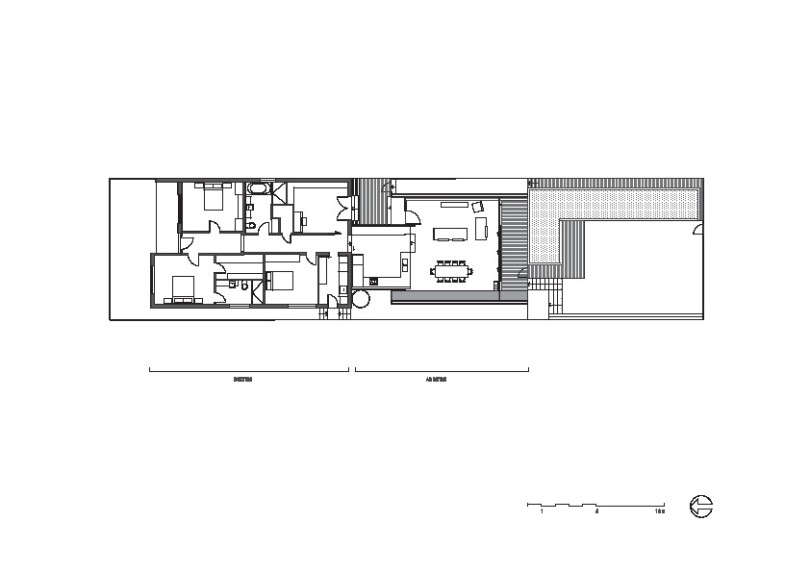 “The Cloud House is an addition and renovation to a double-fronted Edwardian house in Fitzroy North. Over the course of close to a century, this house has received several additions and modifications.
McBride Charles Ryan’s work for the house is designed in three parts. This allows for a sequence of distinct and unexpected episodes, with glimpses previewing oncoming spaces and experiences as you move through the home. The street facade has been left to demonstrate the clients respect for the evolution of the character of the area and the modest street alteration belies the extent of the comprehensive internal renovation work. The spaces within the original structure are largely white in colour, united by exotic floral hallway carpet. This journey through the space is followed by encountering a disintegrated red-coloured box. This is the kitchen, at the heart of the property, which acts as a bridge linking the major spaces. A cloud-shaped extrusion is the unexpected final space. Following the form of a child-like impression of a cloud it is a playful addition where family and friends can eat and have fun surrounded by the curved form.
The new living addition faces due south while allowing controlled north sun into the living area and providing effective cross ventilation. The form of the cloud conforms to setback regulations without appearing obviously determined by them. The extrusion creates a dramatic interior language where walls merge seamlessly with the floor and ceiling. The craftsmanship is remarkable throughout; it has a sense of care one typically associates with the work of a cooper or wheelwright. While the geometry is playful, the extrusion is essentially a contemporary barrel vault. It is our hope that this cloud has a silver lining.” 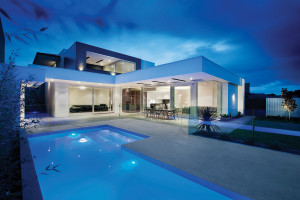 The Hawthorn Residence was designed by Canny. This elegant house[...] 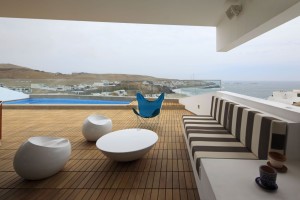 J4 Houses is a contemporary residence with views of the[...] 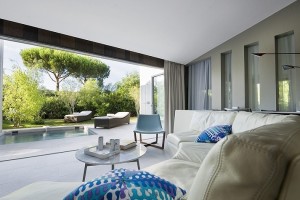 Nestled on the fabulous Golfe de Saint-Tropez, in France, the[...]