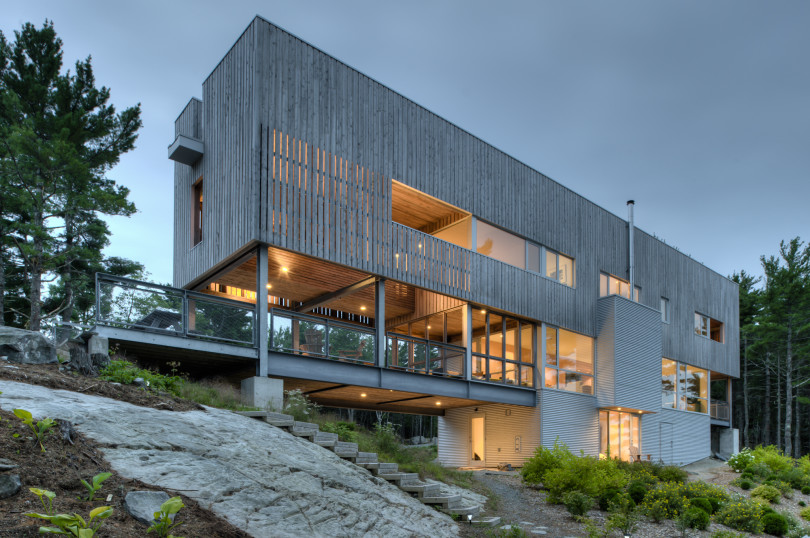 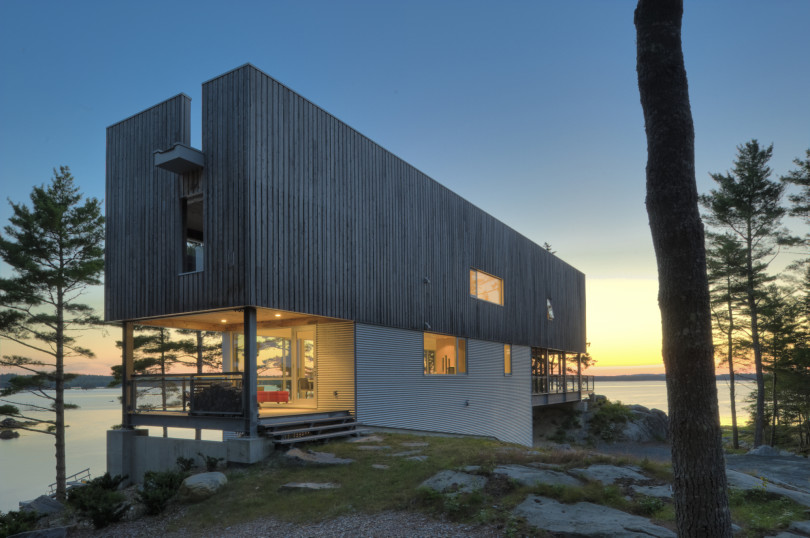 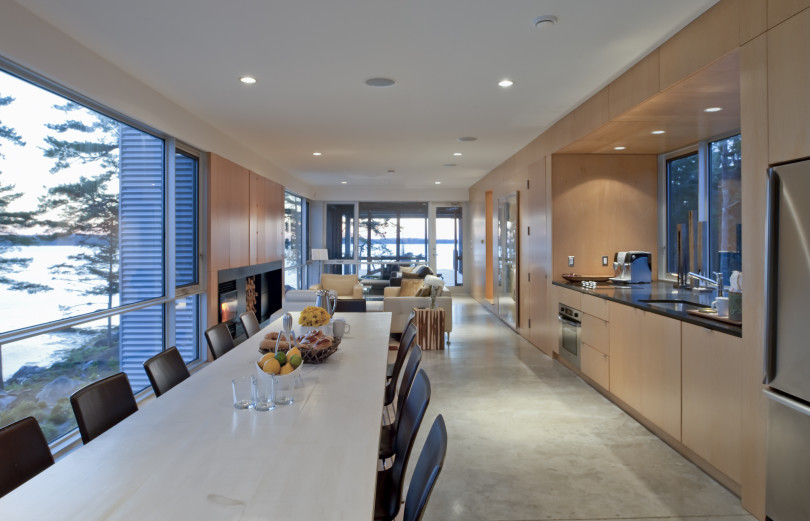 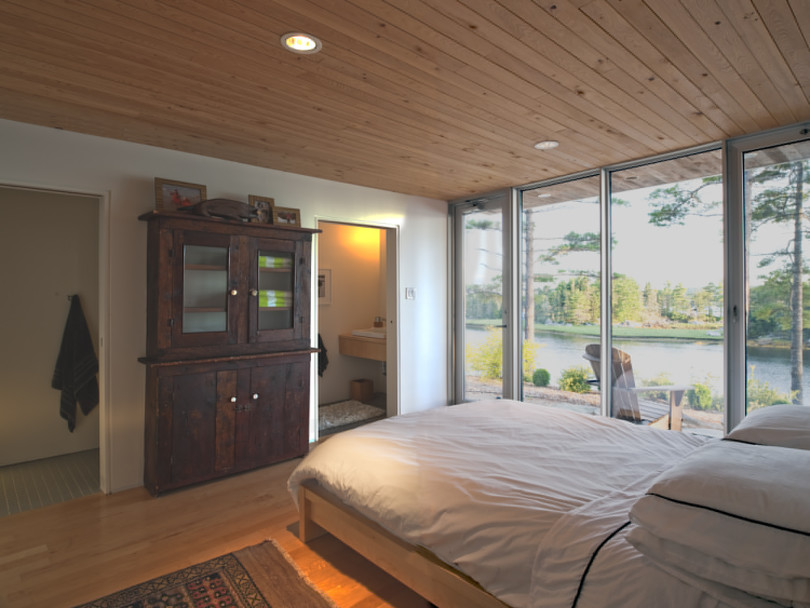 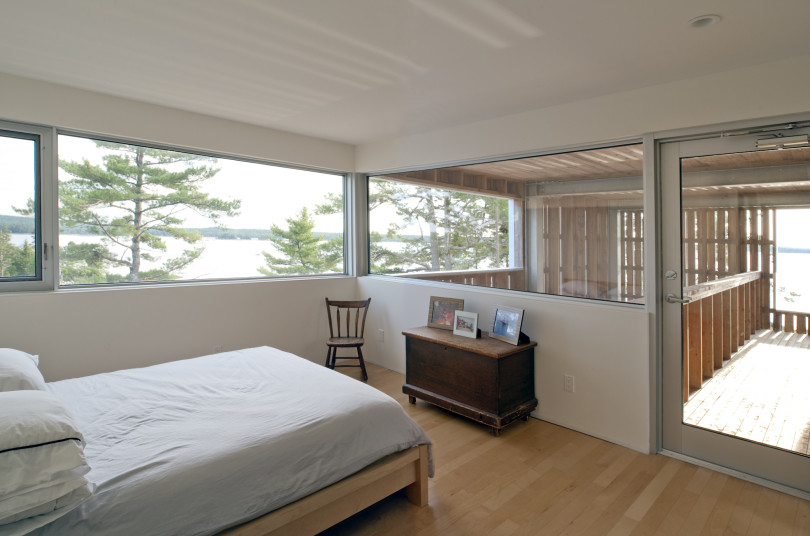 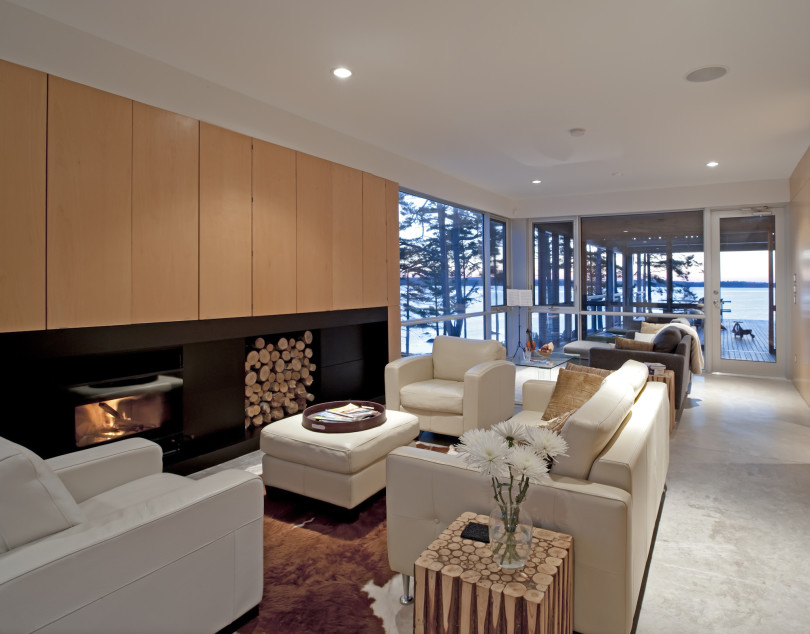 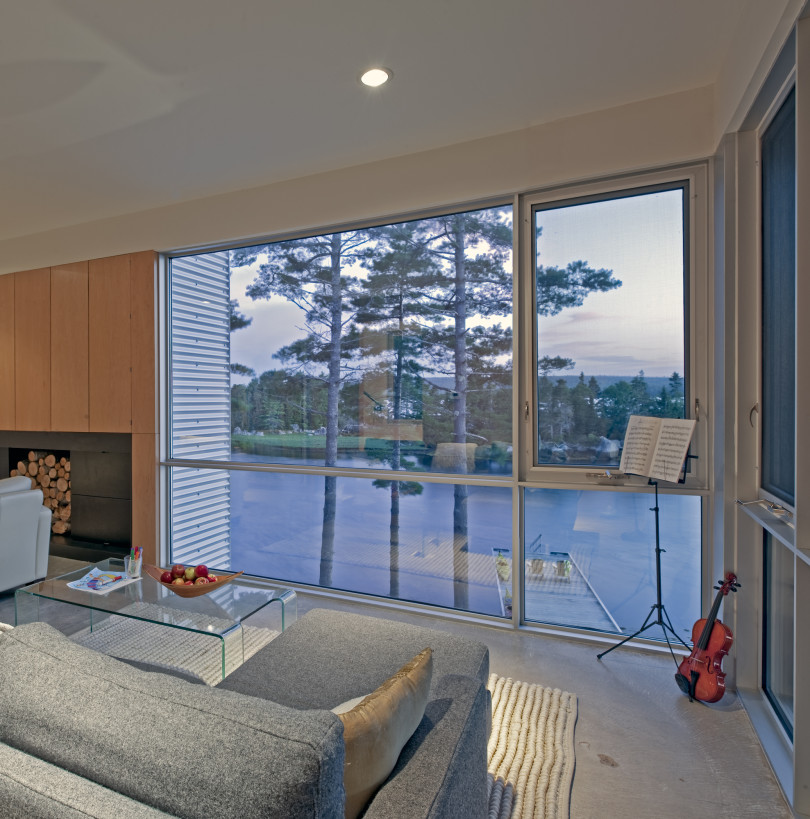 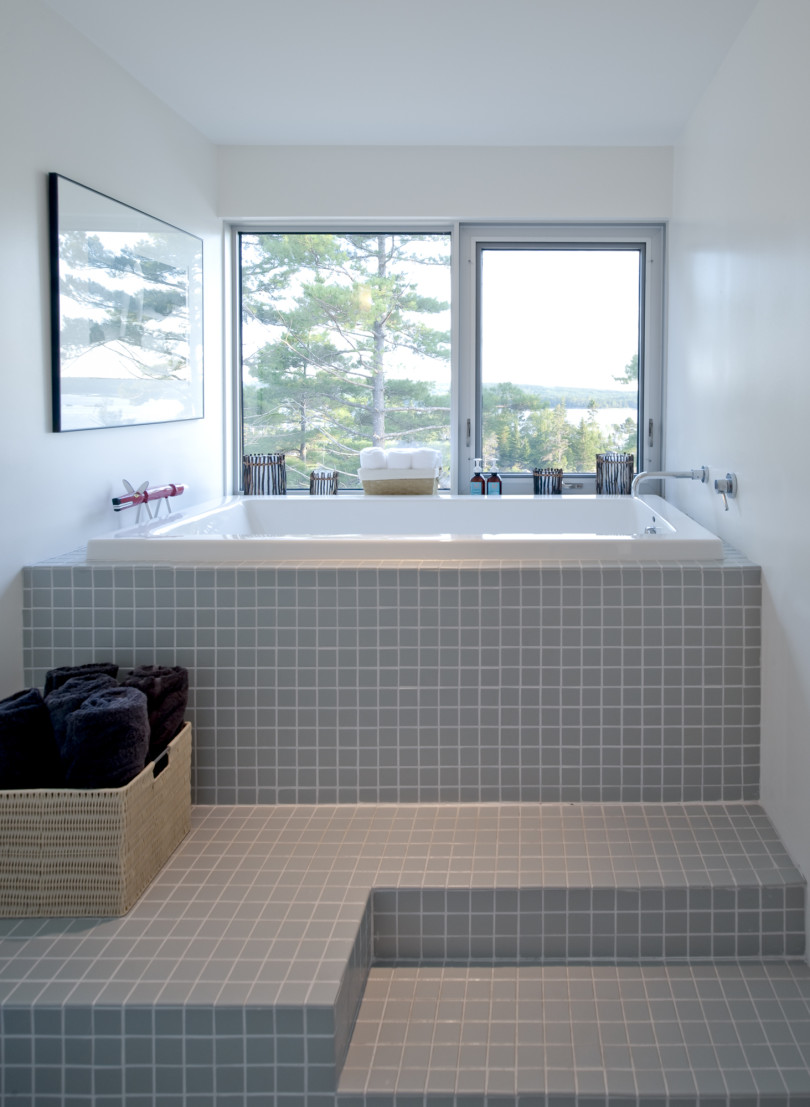 “The house bridges between two bedrock outcrops parallel to the sea, thereby framing the approach to the sea under its “belly”. One enters at either end from the two rocks. This is a floating lantern of wood-a pure man-made object calling attention to the undulating natural topography of the glaciated landscape. The primary form of the house is deconstructed to create a wide variety of indoor-outdoor conditions.
This is a four bedroom family retreat where outdoor living is promoted through the creation of a variety of levels of enclosure (outdoor decks, covered deck, covered balcony bridge, screened porch, interior).
A steel primary skeleton is revealed as the board-and-batten, monolithic, wood envelope delaminates. Two giant scuppers celebrate getting the rain off the roof. A geothermal hydronic heating system is a component of a passive solar approach. This is a robust, muscular building in a powerful landscape, which will weather well over time. It is, however, domesticated by a series of incisions which infect it to the specifics of the site, climate, and views.” 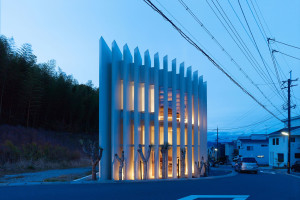 House in Muko by Fujiwarramuro Architects

The House in Muko is a contemporary home located in[...] 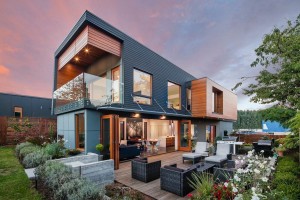 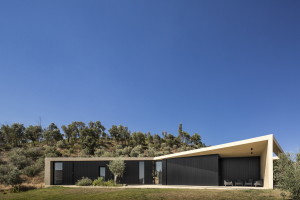 Tomar Hill House was designed by Contaminar Arquitectos as a[...]