Torsby III is a two storey private residence completed in June 2014 by Max Holst Arkitekt. This large single-family house is located just outside of Stockholm, in Sweden. 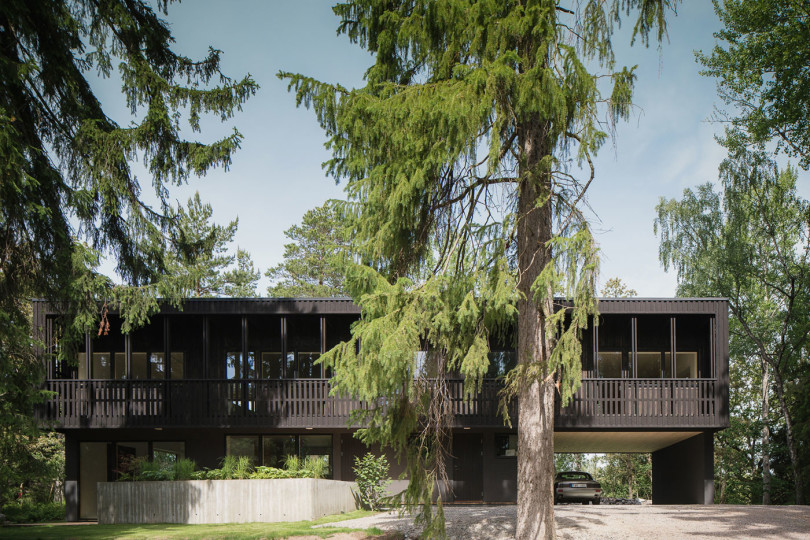 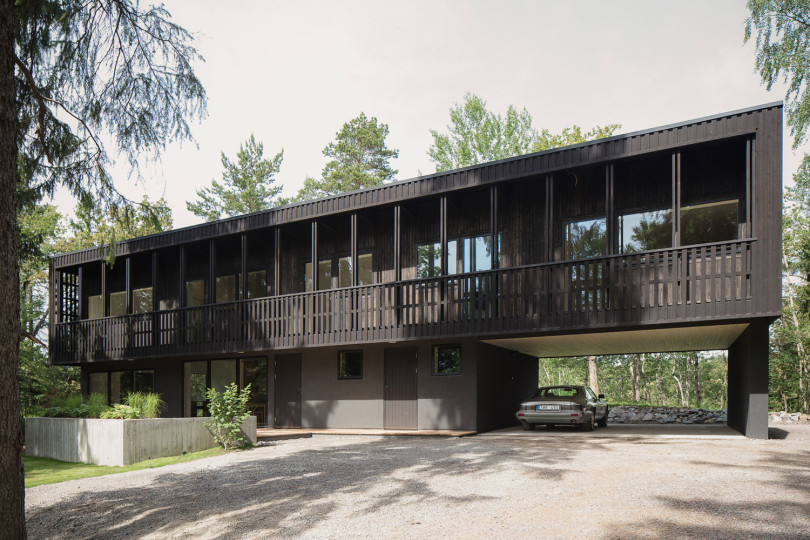 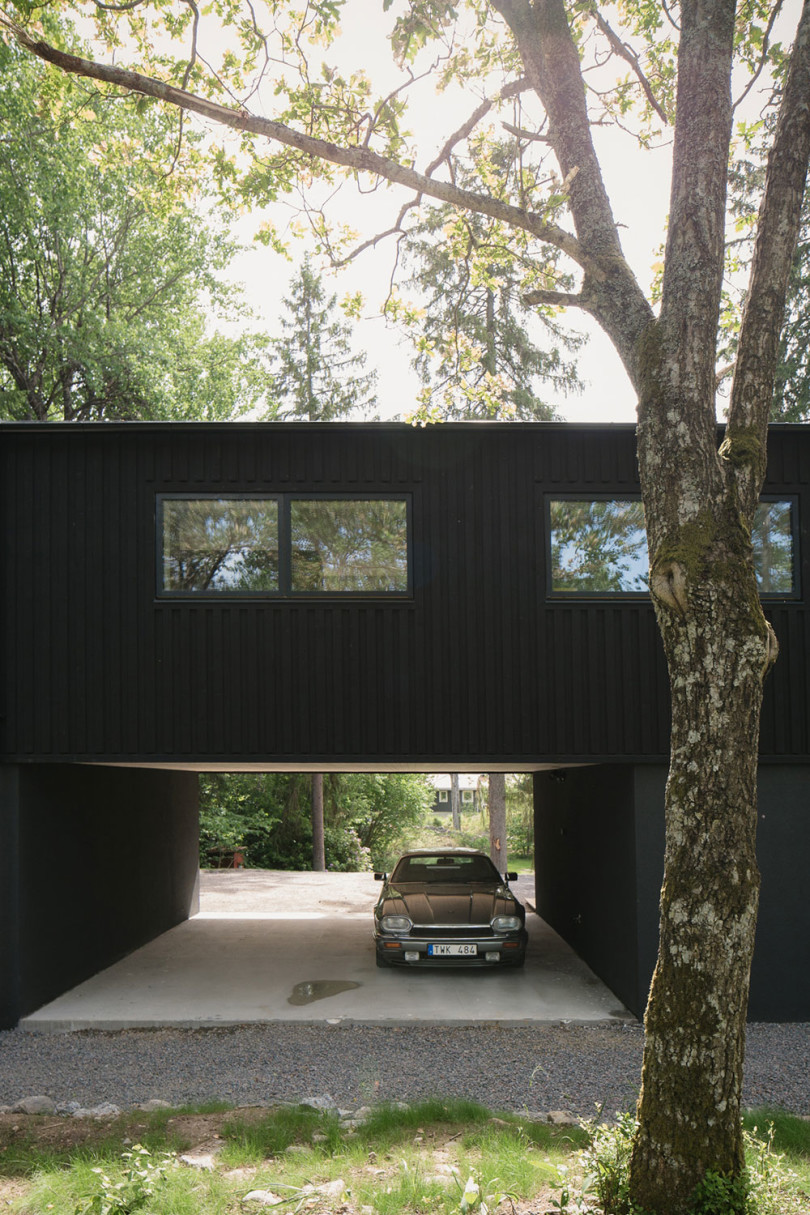 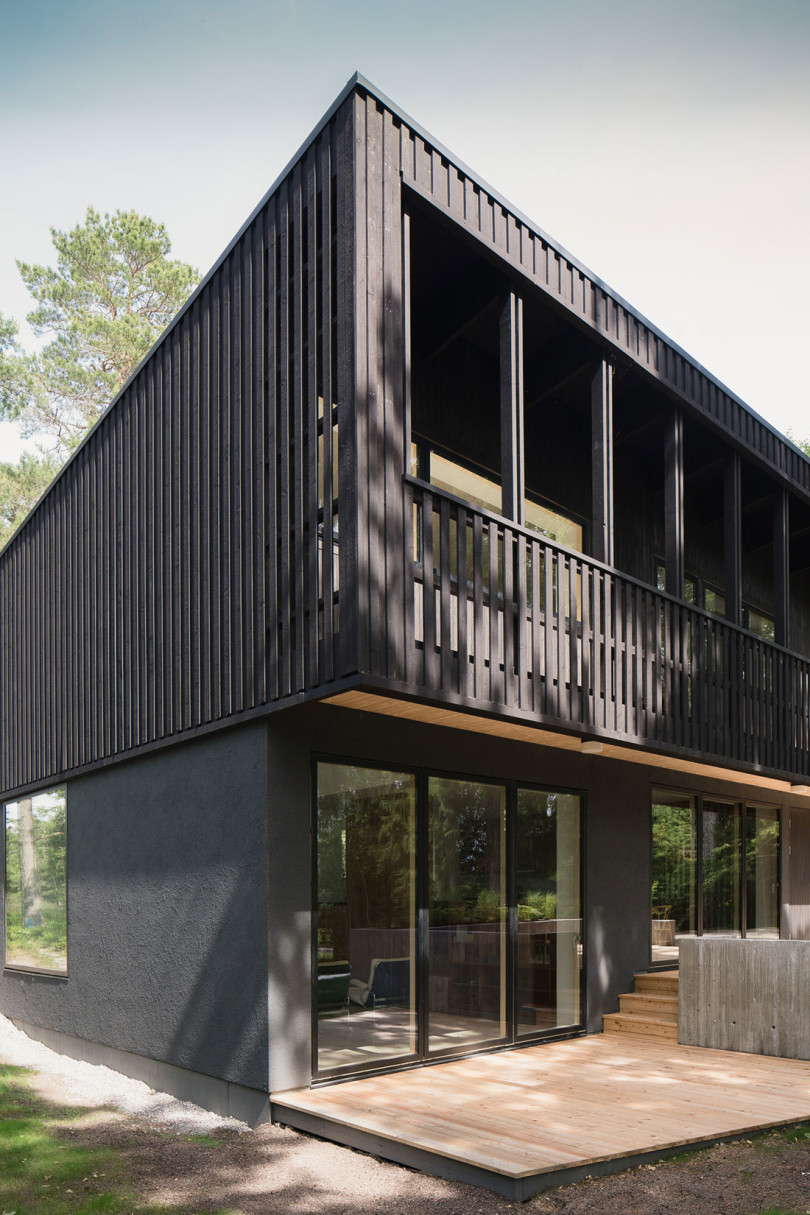 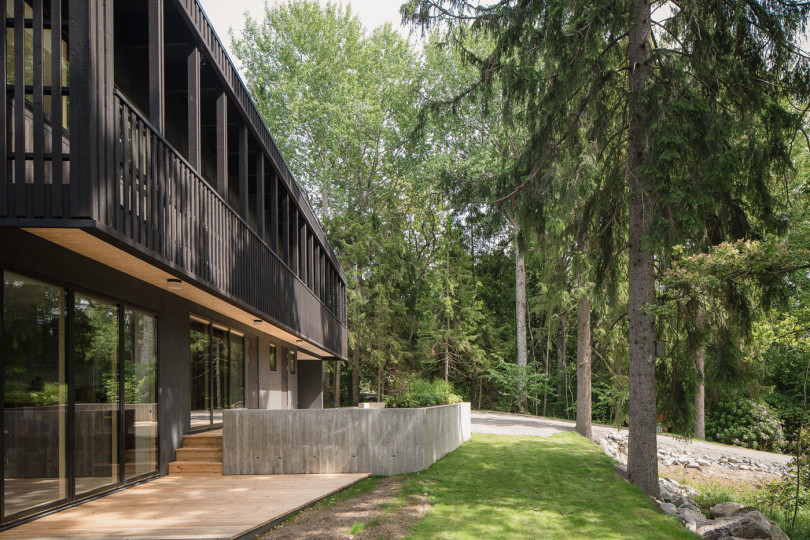 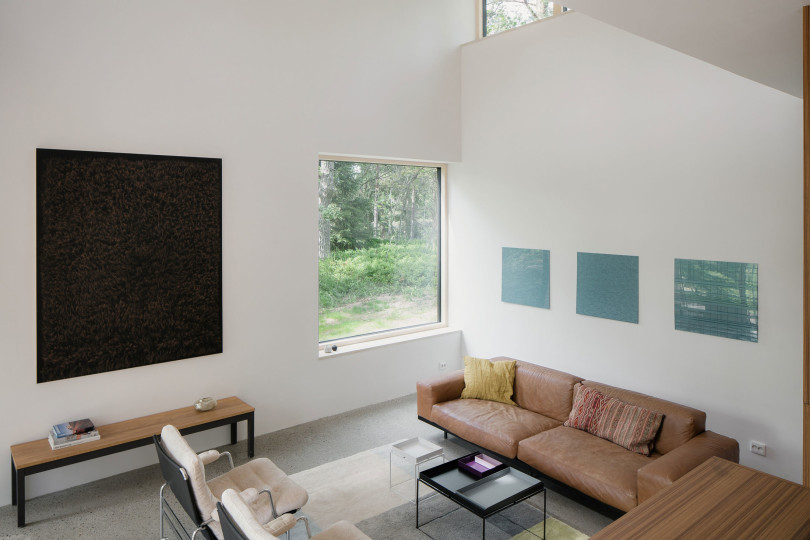 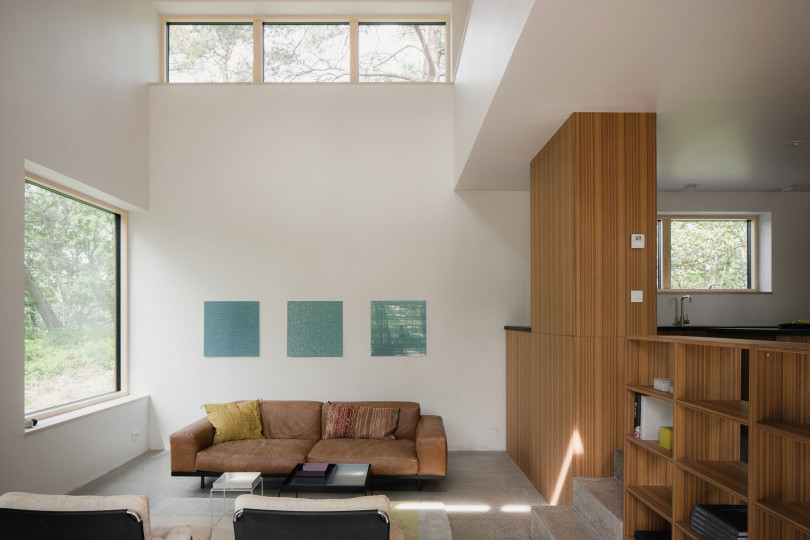 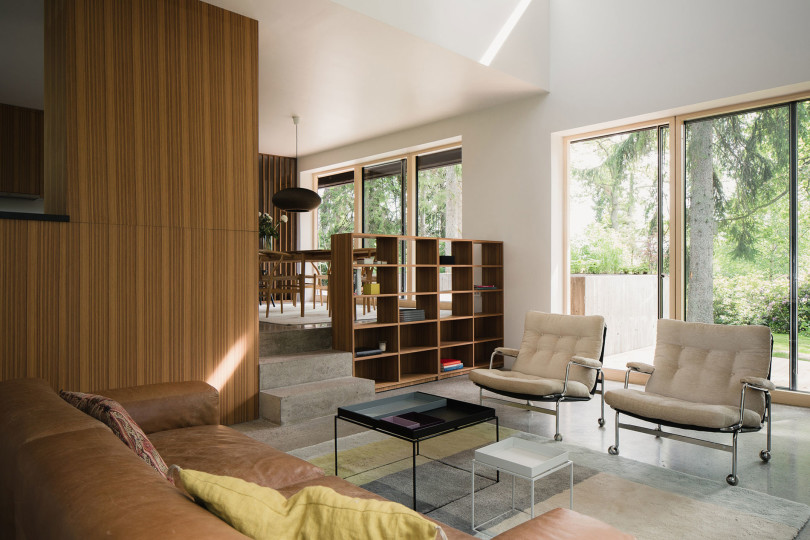 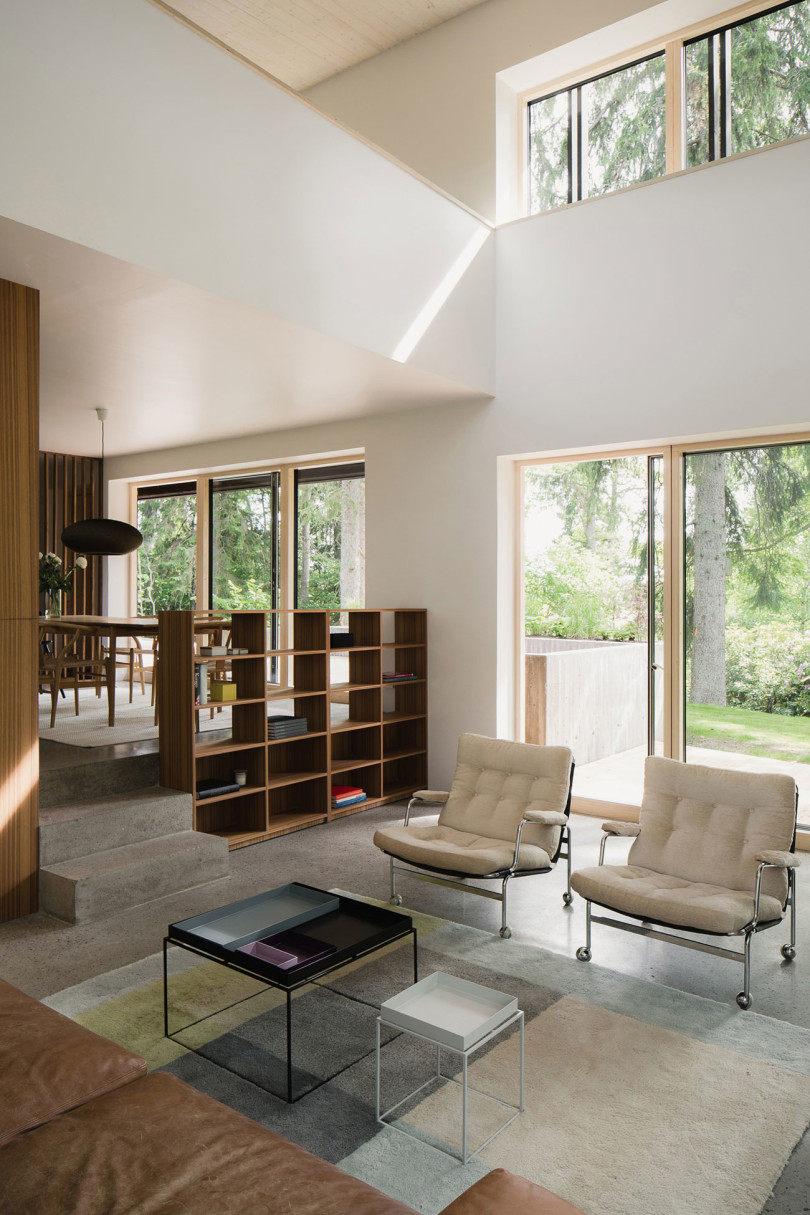 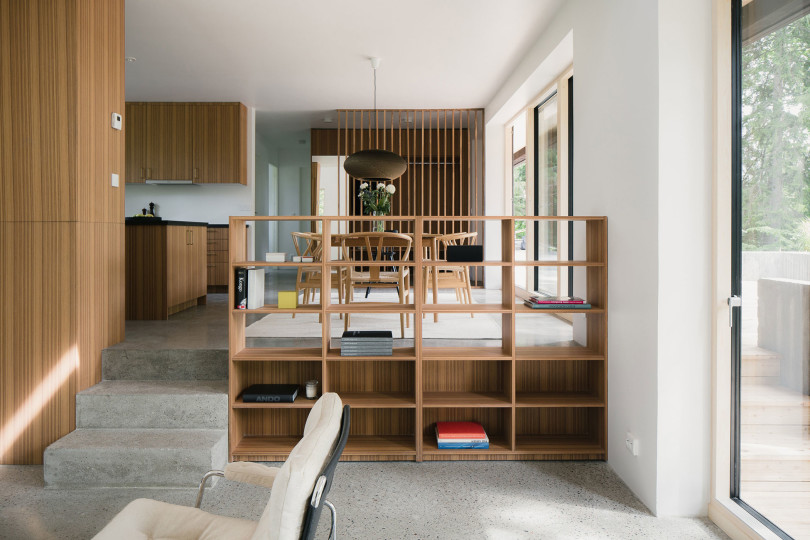 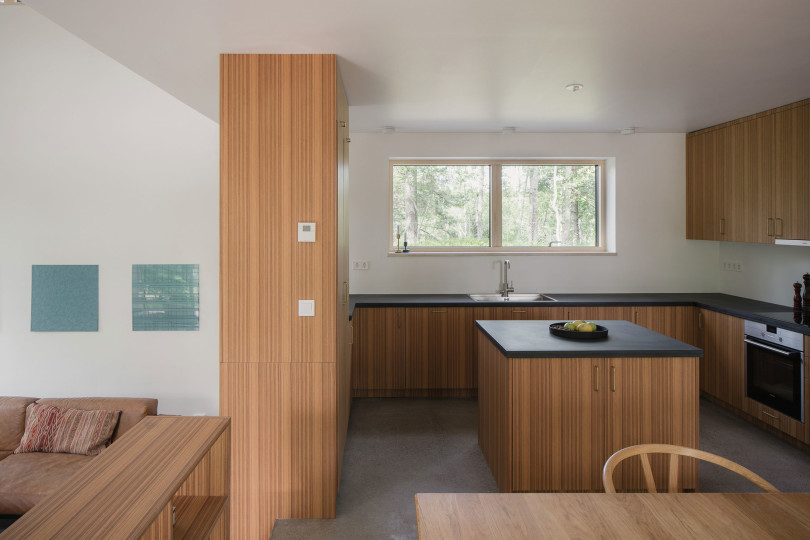 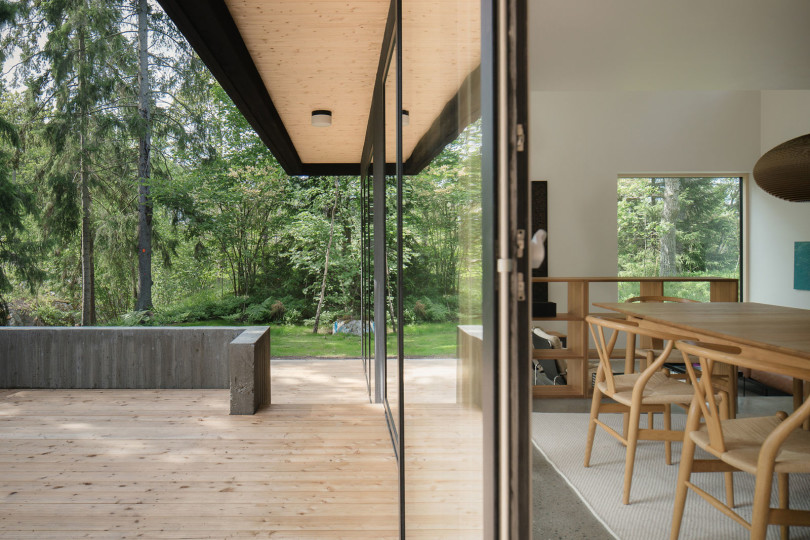 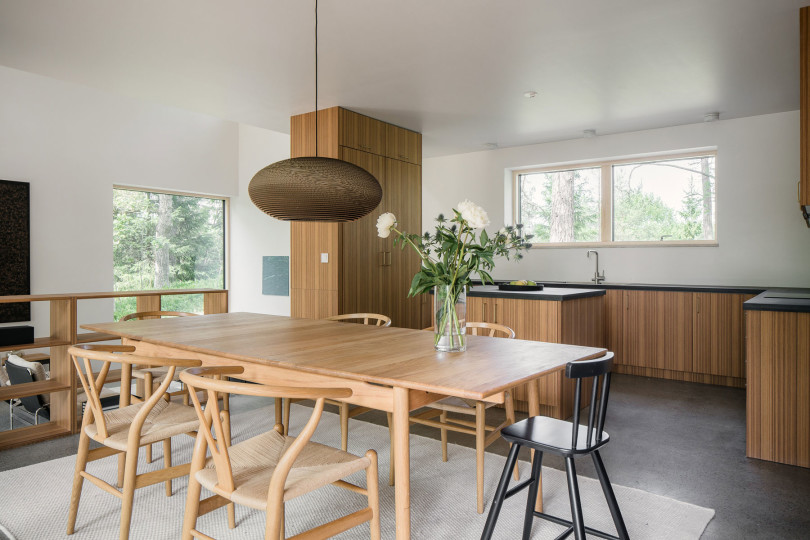 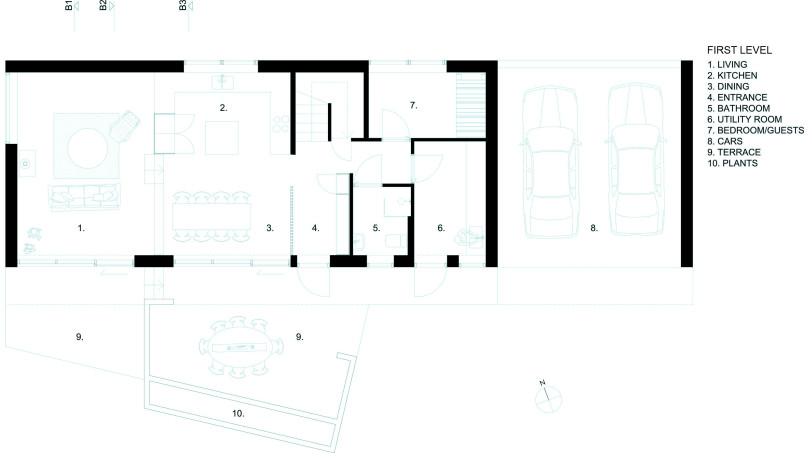 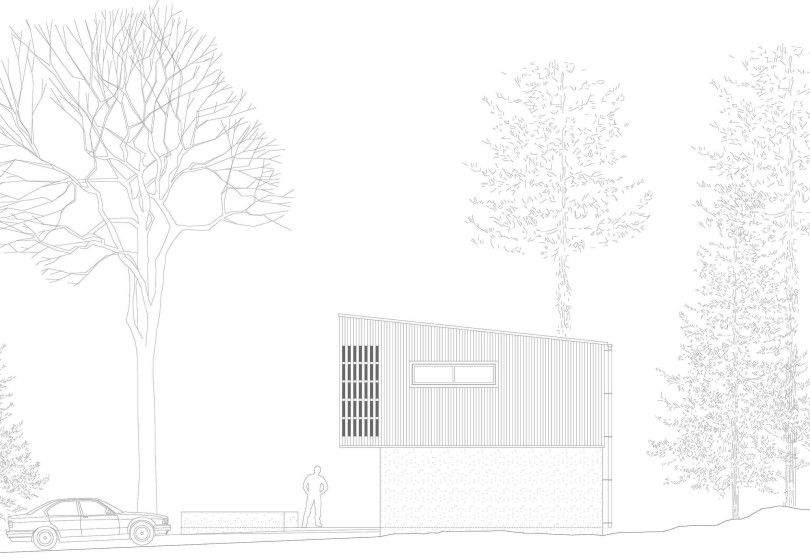 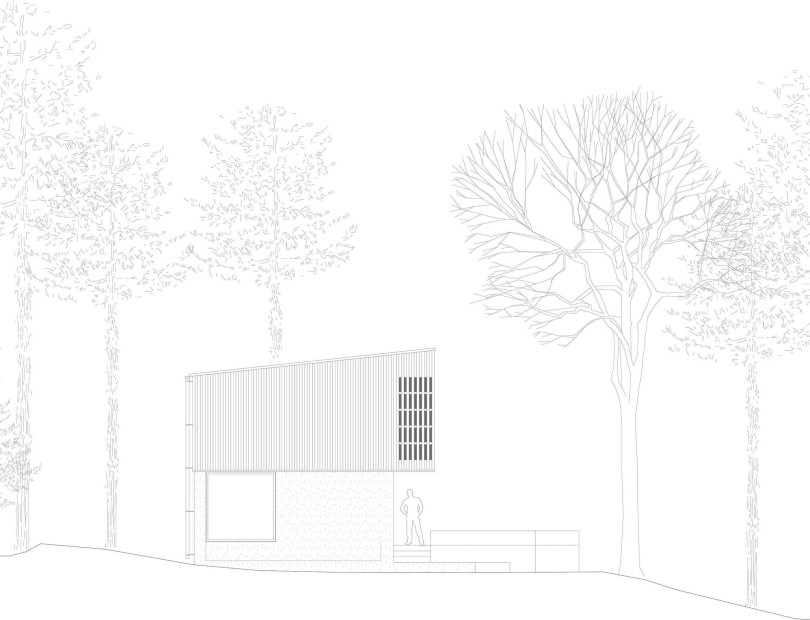 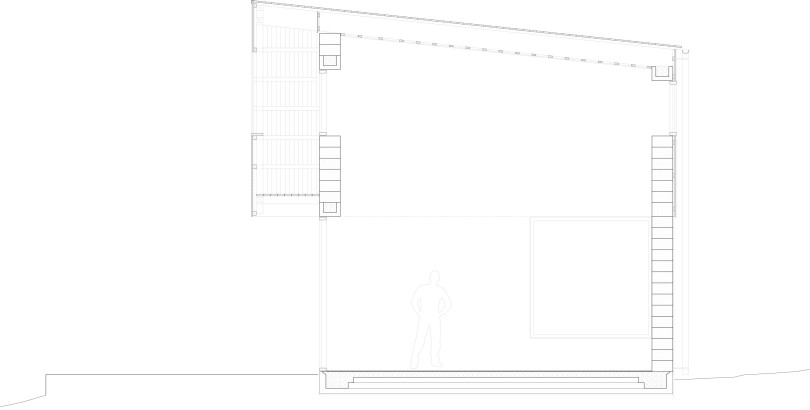 “The Torsby Project was realized in cooperation with Strömma Project AB, a real estate company whose goal is to develop properties with the ambition of creating interesting architecture that appeals to the people who will inhabit it. To achieve that goal much focus lays in adapting the architecture to the surrounding contexts, the spatial and material qualities of the houses as well as construction type.
This house is located in a region just outside of Stockholm originally planned for vacation houses. However, it is now rapidly developing into a housing area for people working in the city. As a consequence most plots are being divided but this site is untouched and has a beautiful mix of natural vegetation as well as remains of the earlier owner’s garden. Our challenge was to find a way to build a fairly large single-family house that highlights and enhances the existing qualities of the site.
The position of the house is in the northern part of the site where the ground conditions are best suited for construction. As the site slopes gently southwards this placement leaves a large area in front of the house facing south/west, at good exposure for natural light.
The strict geometry of the house was developed after having first worked on an organic, compact two story house, and then a more sprawling one story structure. The final design is a compromise between the first two ideas and is partly inspired by housing architecture from the seventies.
The house is built in aerated concrete which in first floor is clad in wood panel painted with black earth paint from Falu Rödfärg in Dalarna. To break down the volume a suspended balcony was built along the southern facade. The wooden structure connects the interior spaces of the house with the surrounding nature and enables the inhabitants to move freely between the rooms of the house while having a view of the property. The balcony also offers a sheltered area in front of the entrance and parts of the terrace.
The layout of the house is simple. The entrance level contains spaces for eating, socializing as well as daily chores such as cooking and doing the laundry. This level also houses the technical facilities. The top story consists of sleeping quarters and working areas. It also has room for the children to play. The two floors interact through the double height living room that is placed in one of the short ends of the house.” 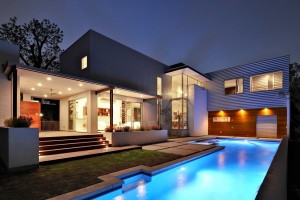 The Laurel Residence is located in Houston, Texas. This beautiful[...] 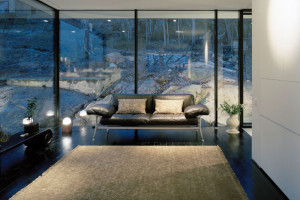 Casa Barone was designed by Widjedal Racki Bergerhoff. This modern[...]

House for mother in Sweden

House for mother is a project by Förstberg Arkitektur Och[...]