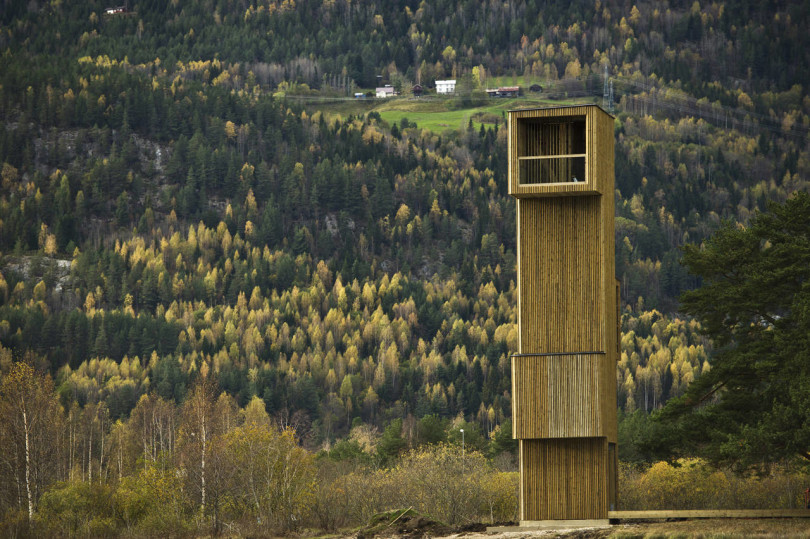 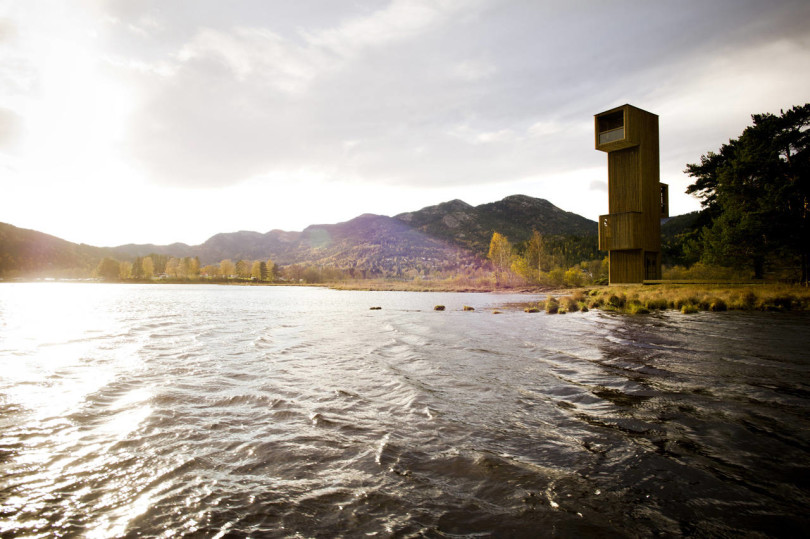 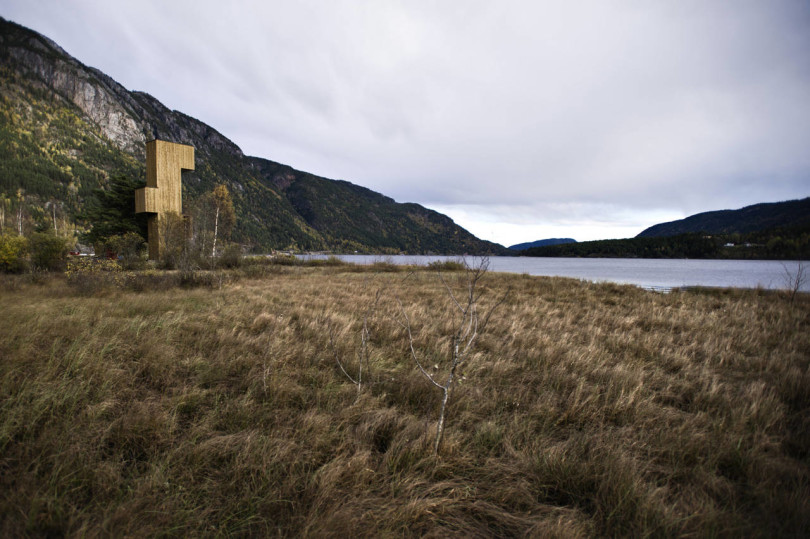 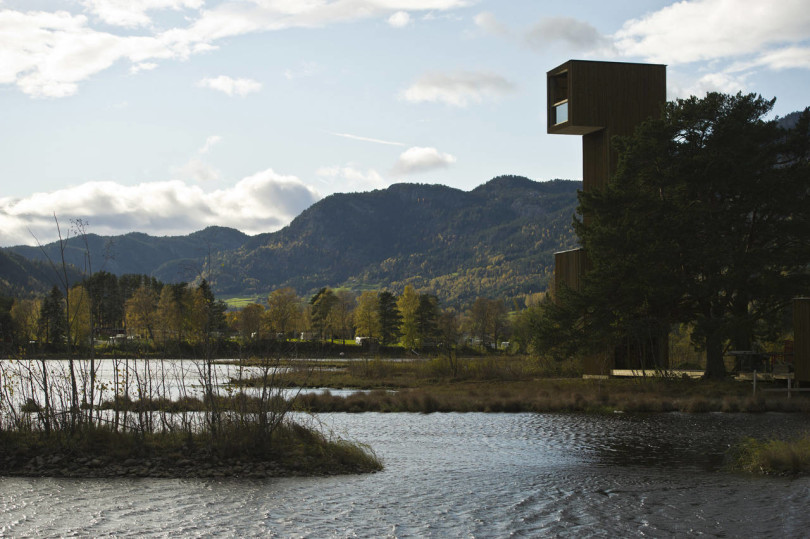 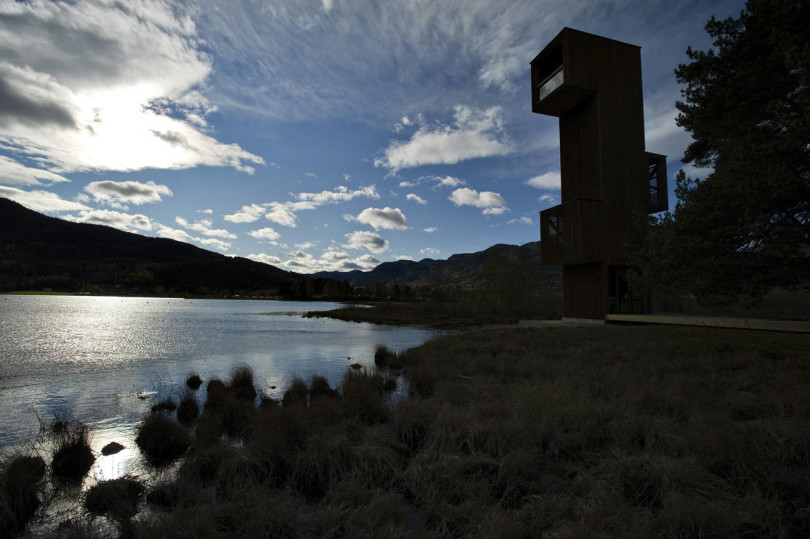 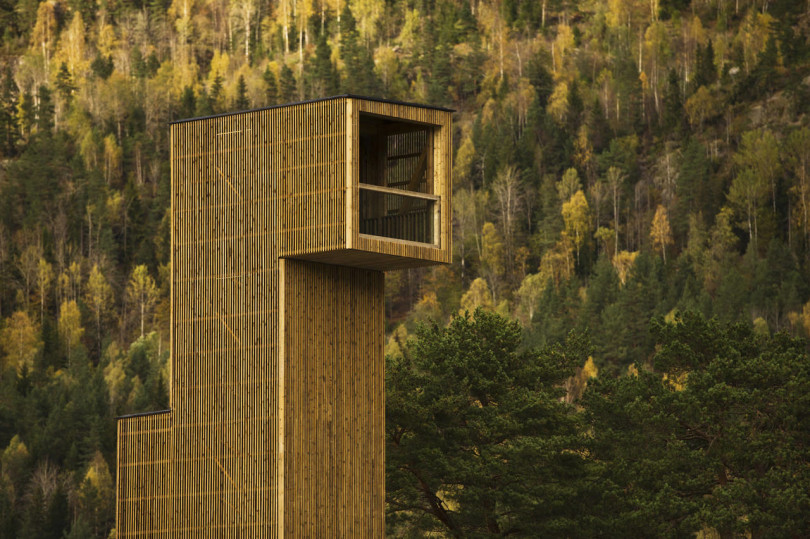 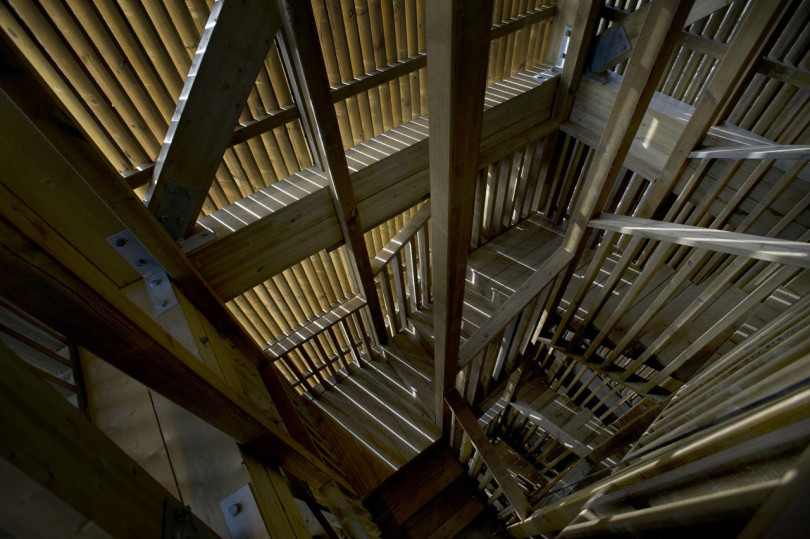 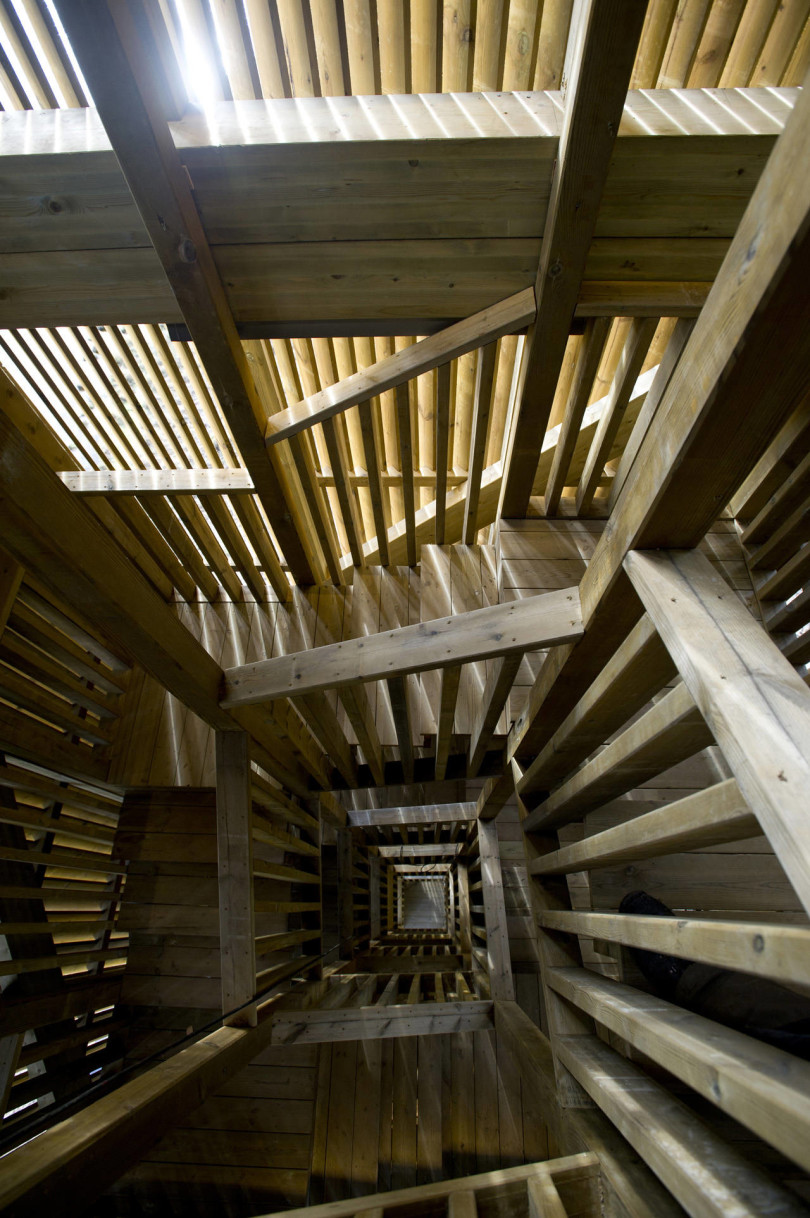 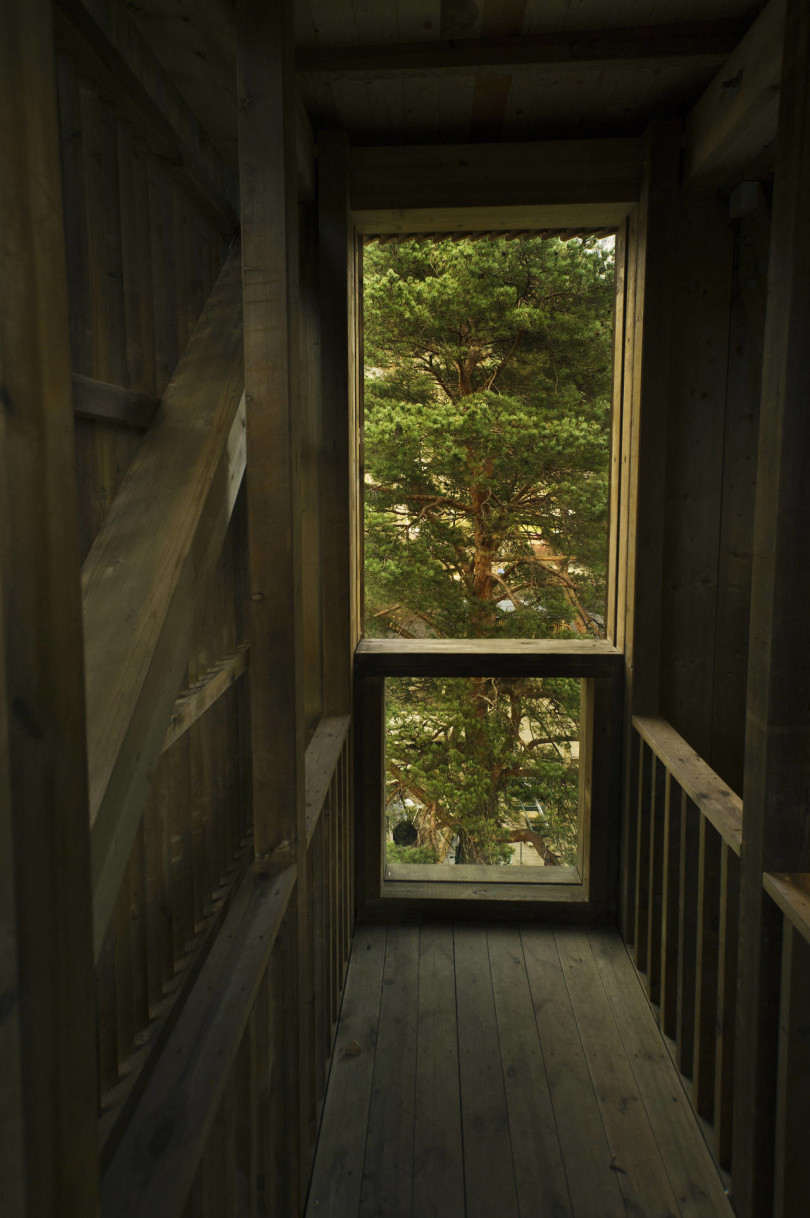 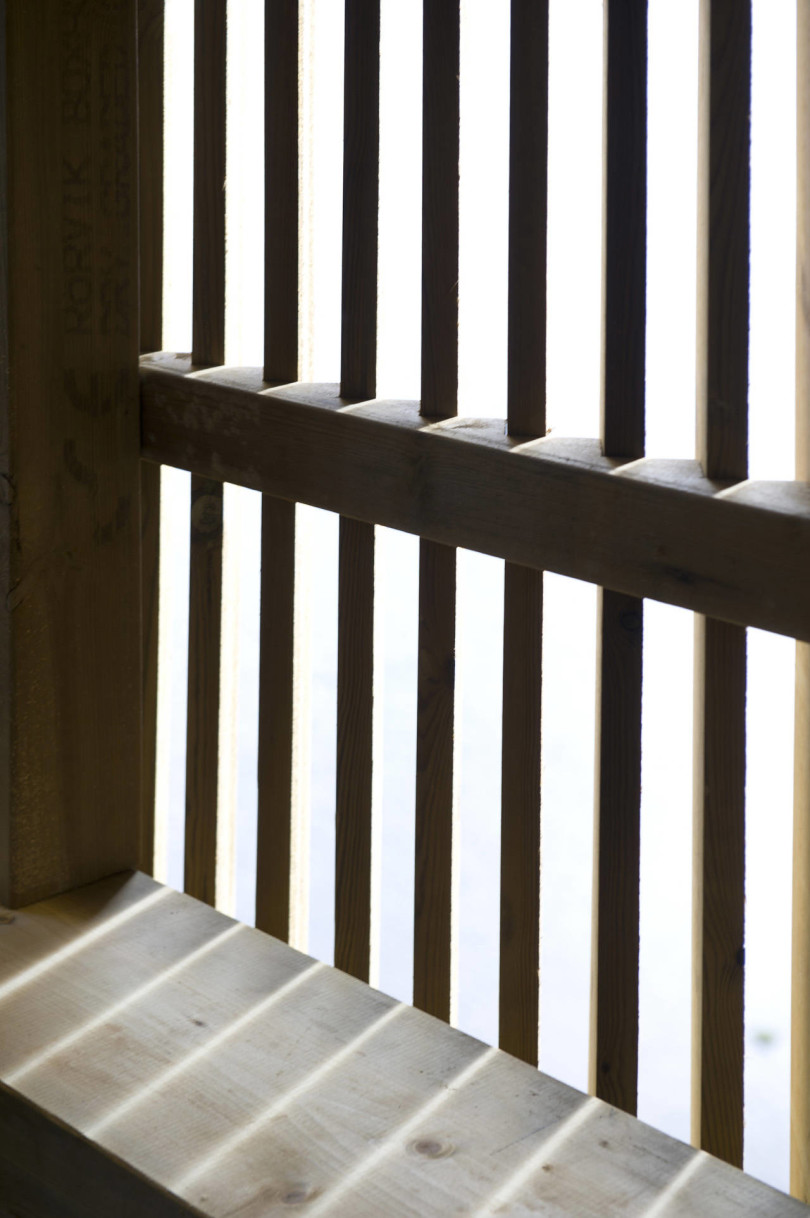 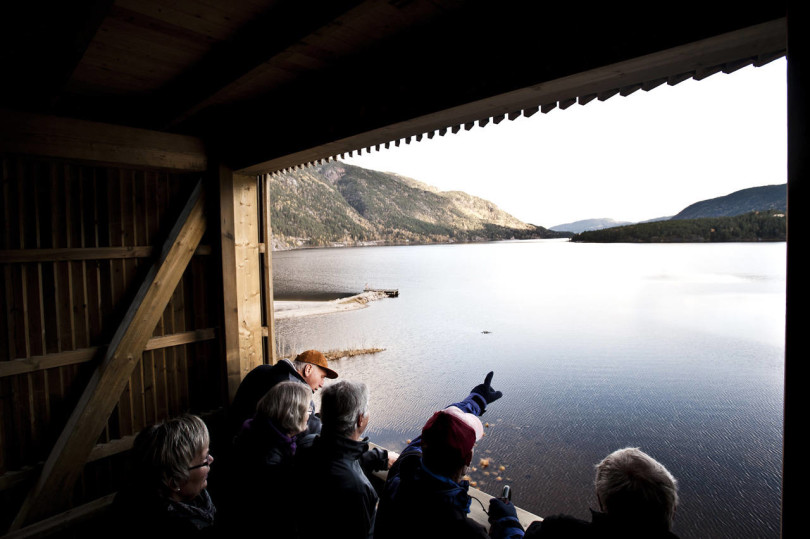 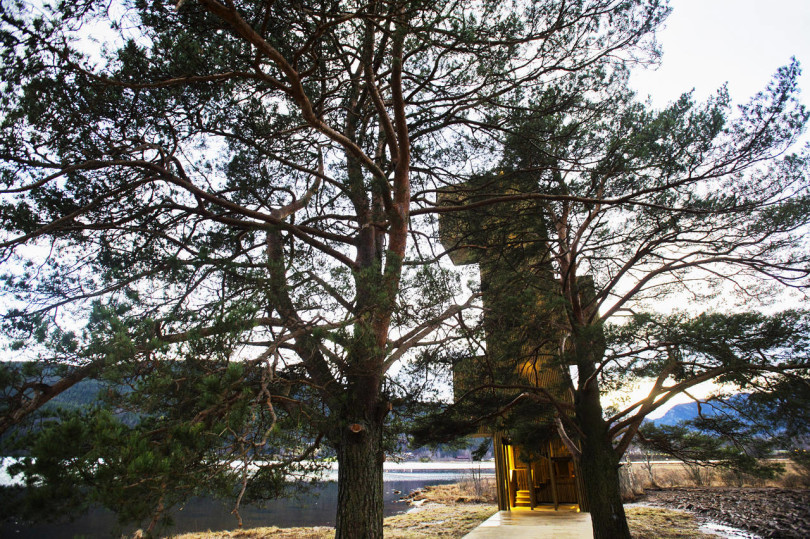 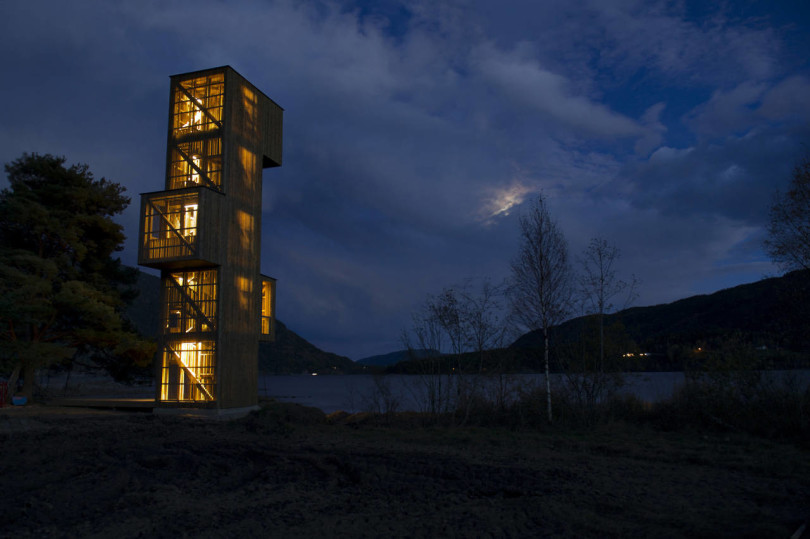 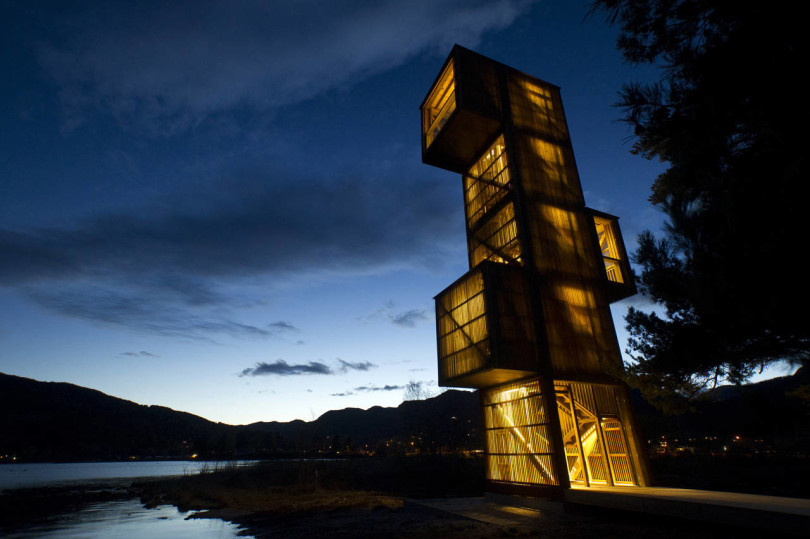 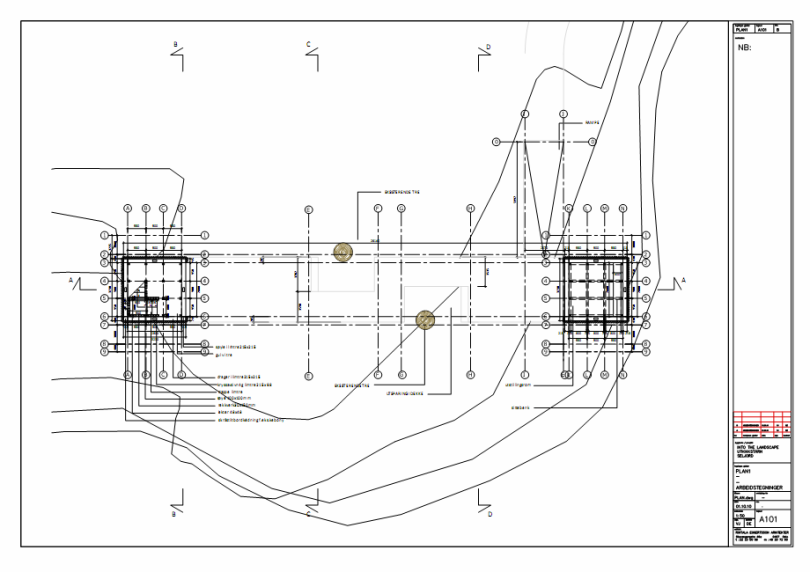 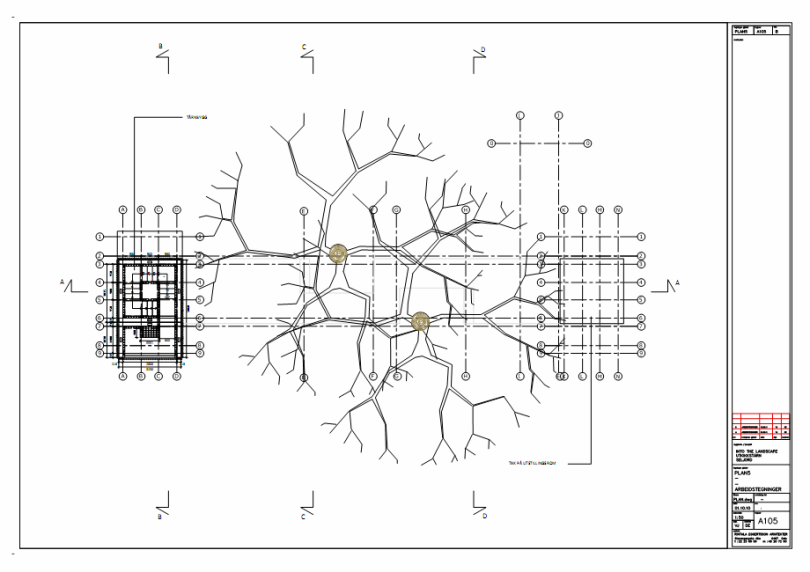 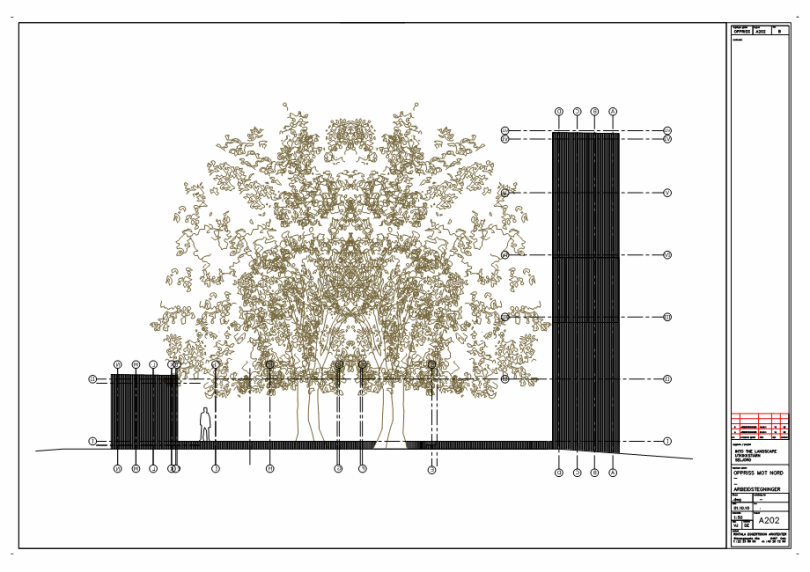 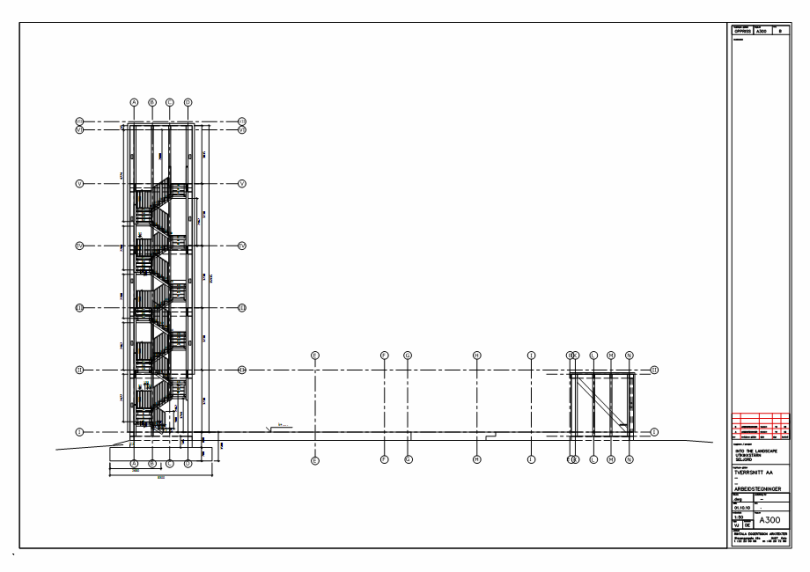 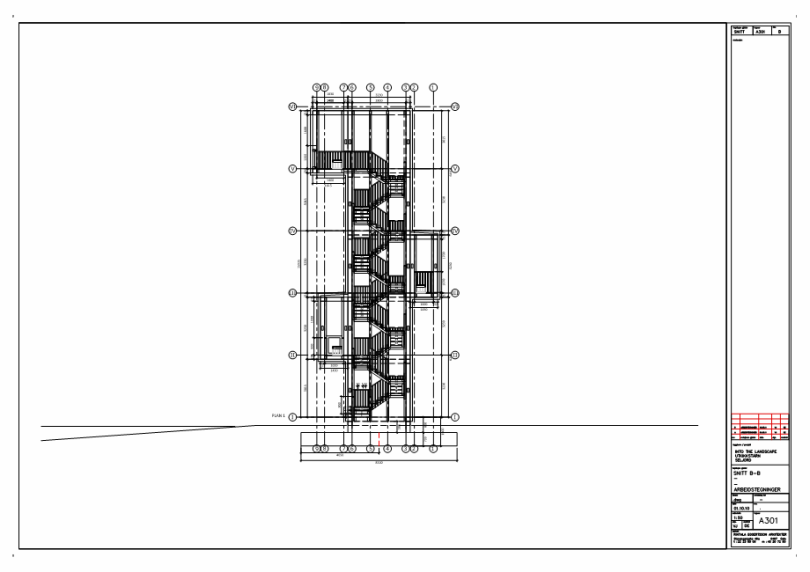 “The myth about a sea serpent in the lake of Seljord has become an integral part of how the local people of Telemark conceive its majestic landscape. Tales about mysterious phenomena in the lake have flourished for centuries and are a natural part of the daily life in the area.
In 2008, the municipality of Seljord decided to use this mythical feature as a point of departure for a development programme for the area. They commissioned Rintala Eggertsson Architects to design different lookout points around the lake to ease the access for local population and visitors to experience the lake at some important places. The assignment was divided into two parts; first to design three small installations in the mid- and southeast section of the lake and then to design a main viewpoint in the southwest end of the lake, close to the small town of Seljord.
The first part was organized as a building workshop with art- and architecture students and teachers from Nuova Accademia di Belle Arte and Politecnico in Milan and scenography students from the Norwegian Theatre Academy under our leadership. The whole workshop was thematically focused on the issue of anchoring man-made installations to characteristic features in the landscape without dominating them. The three installations is presented on our website under the title “Into the Landscape”.
In this second part we found ourselves dealing with anchoring again, not only because of the stunning beauty of the chosen site, but also due to the framework of the task which was all about mediating natural phenomena to a larger public. This time we were faced with a site with two pine trees with large canopies creating a natural place for rest and recreation.
This became the landscape feature on which it felt natural to anchor. As the room programme listed a viewing platform and a small shelter for exhibitions, we decided to divide it in two and place the two functions on each side of the trees, with a connecting deck in-between. The viewing platform was then given the form of a tower with a main space at the top overlooking the lake and two smaller spaces on the way to the top, one facing a nearby bird nesting area and the other one facing the crown of the two big pine trees.
With this organization one was able to establish a final destination by the lake with a distance from the town and the parking area which gave the visitor an experience of the landscape before arrival. A preparation for the visitor makes the meeting with the waterfront less abrupt; it gives the visitors a broader perception of the surroundings and allows for a travel onwards into a more personal landscape and into the myths around the serpent of the Seljord lake. The viewpoint becomes thus not the final destination, just a resting point between the landscapes of the known and the unknown.” The Twisted Cabin was designed by JVA and was completed[...] The Red House is a modern two storey residence completed[...] 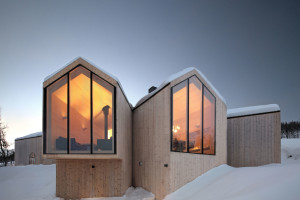 A mountain lodge that serves as a holiday home for[...]