Villa Anemolia is a traditional building renovated in 2013 by mplusm architects. This 1,290 square feet modern villa is located in Santorini, Greece. 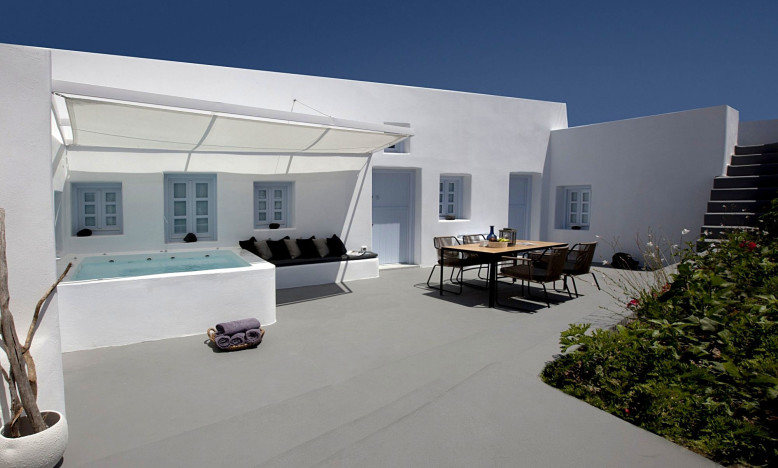 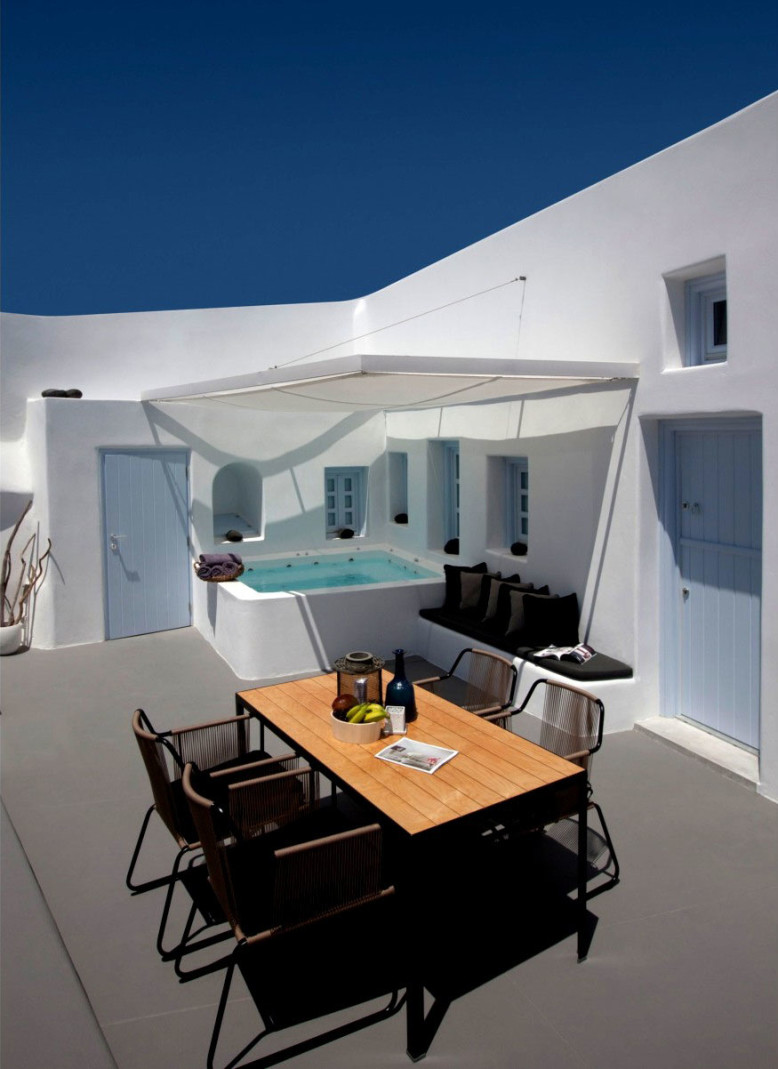 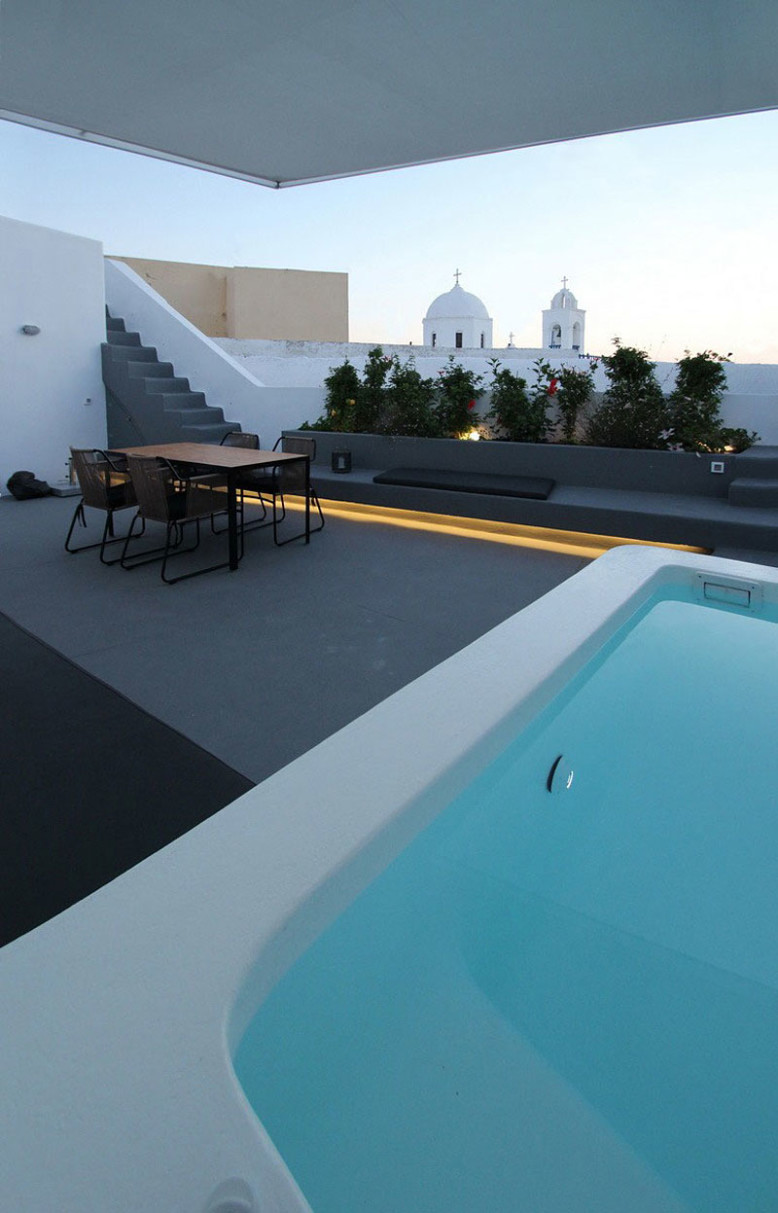 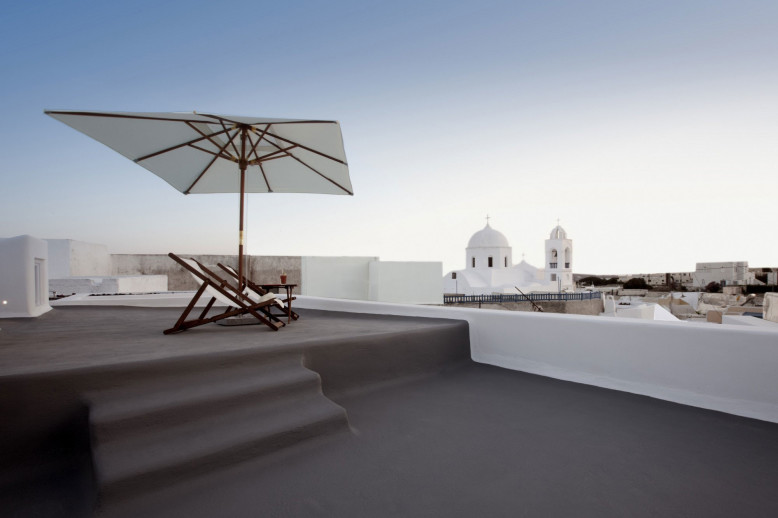 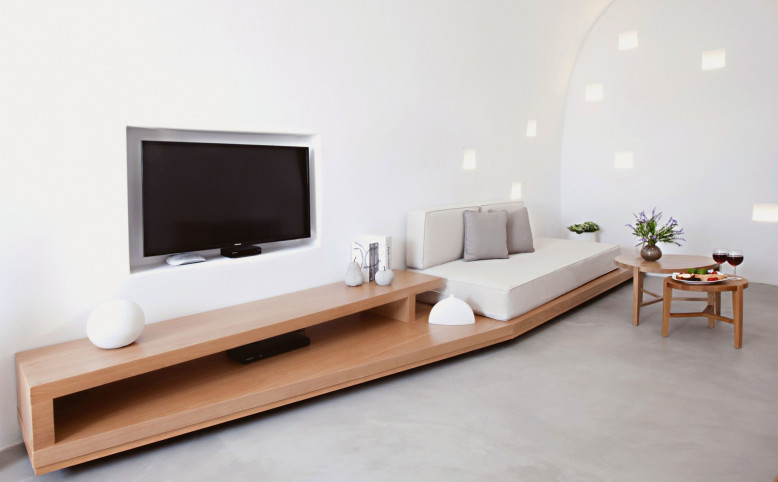 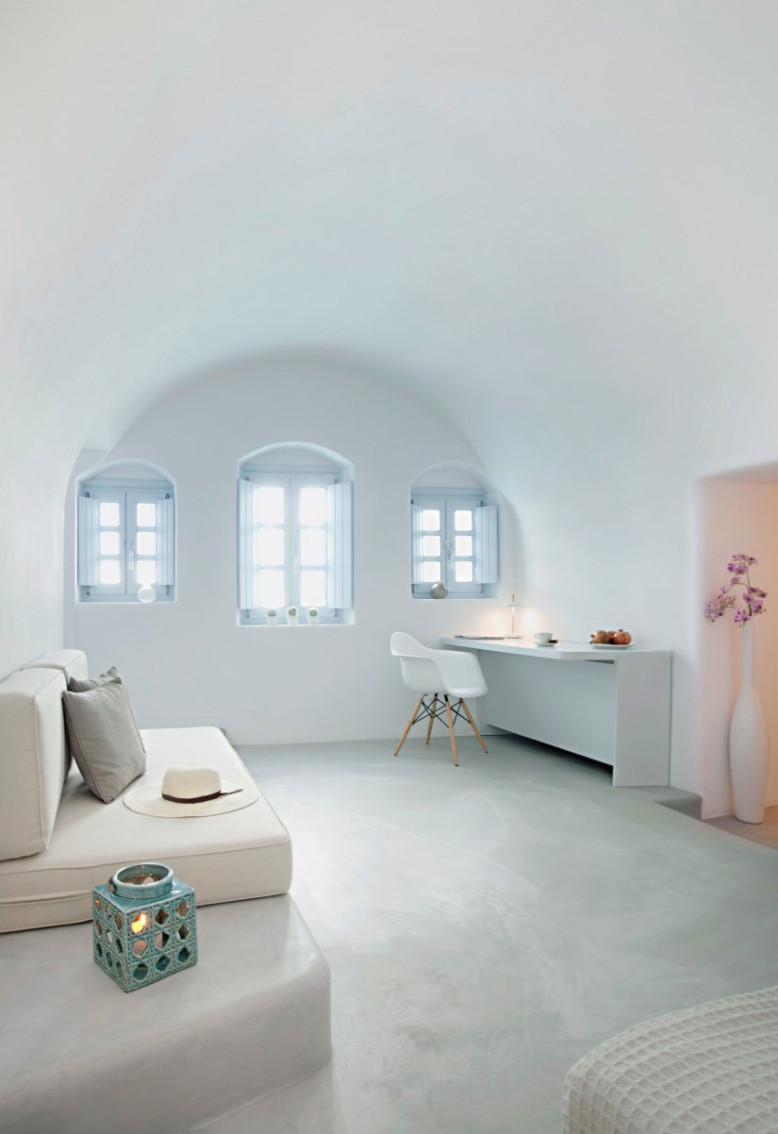 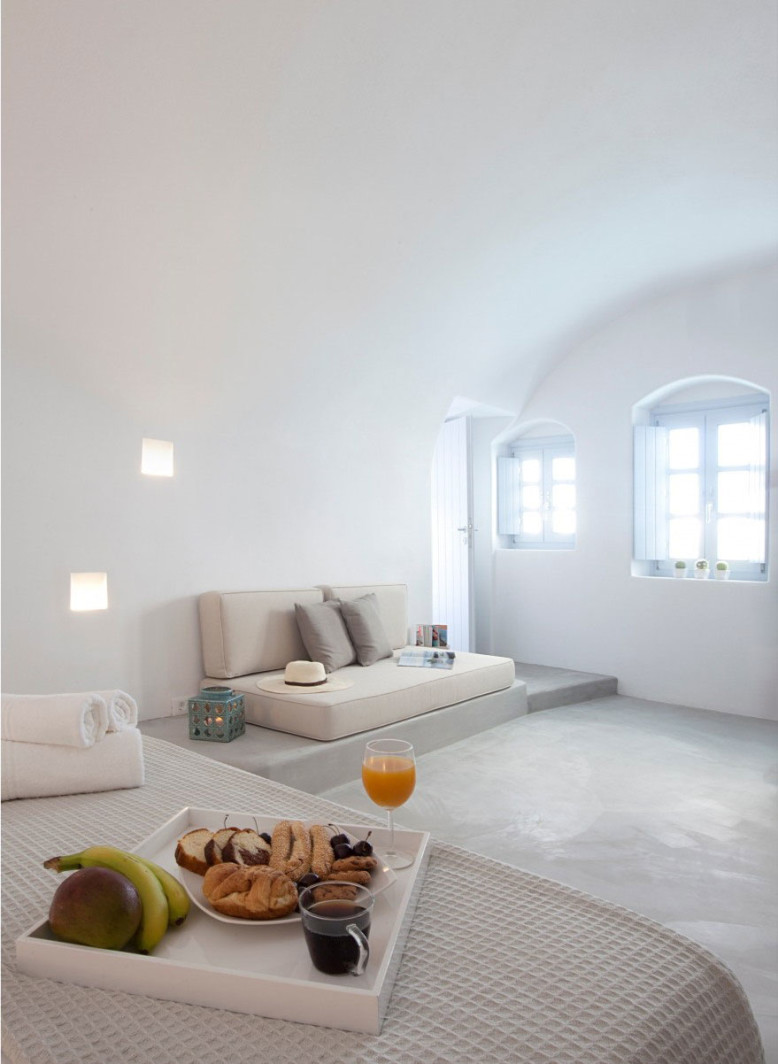 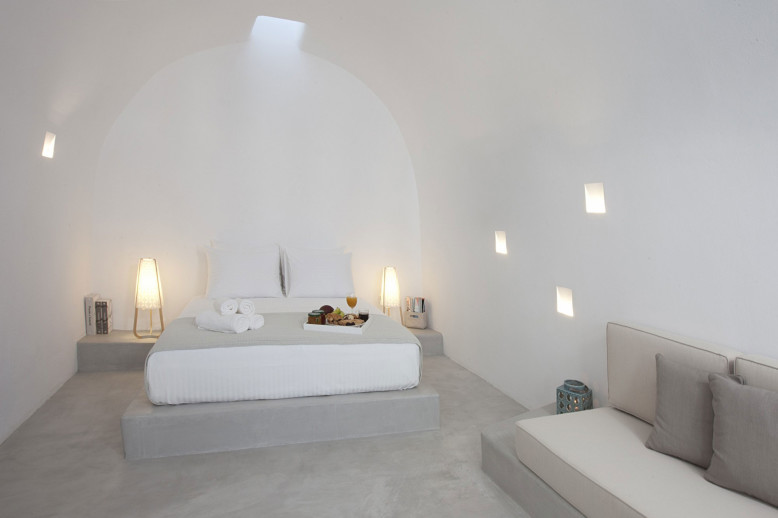 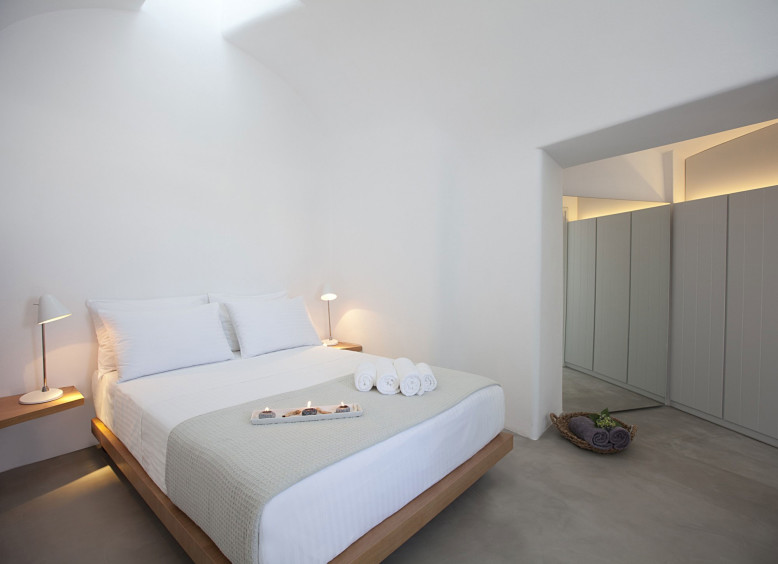 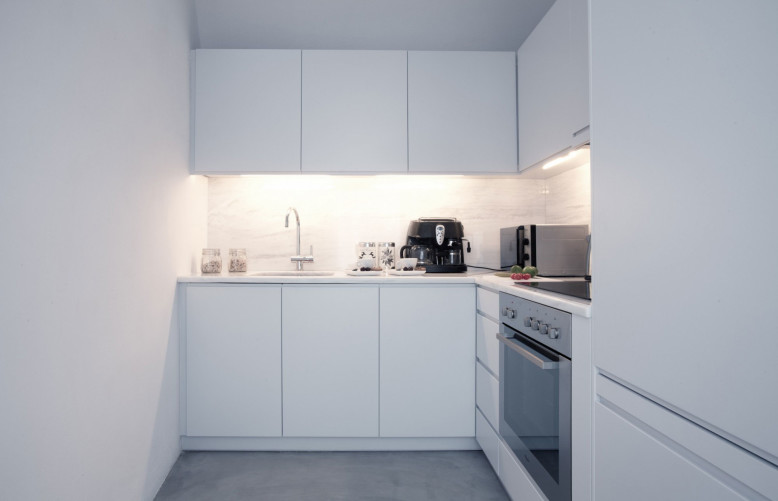 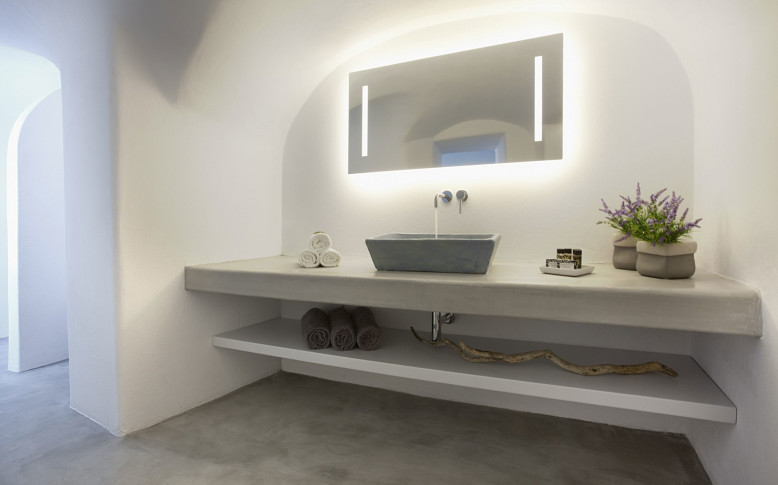 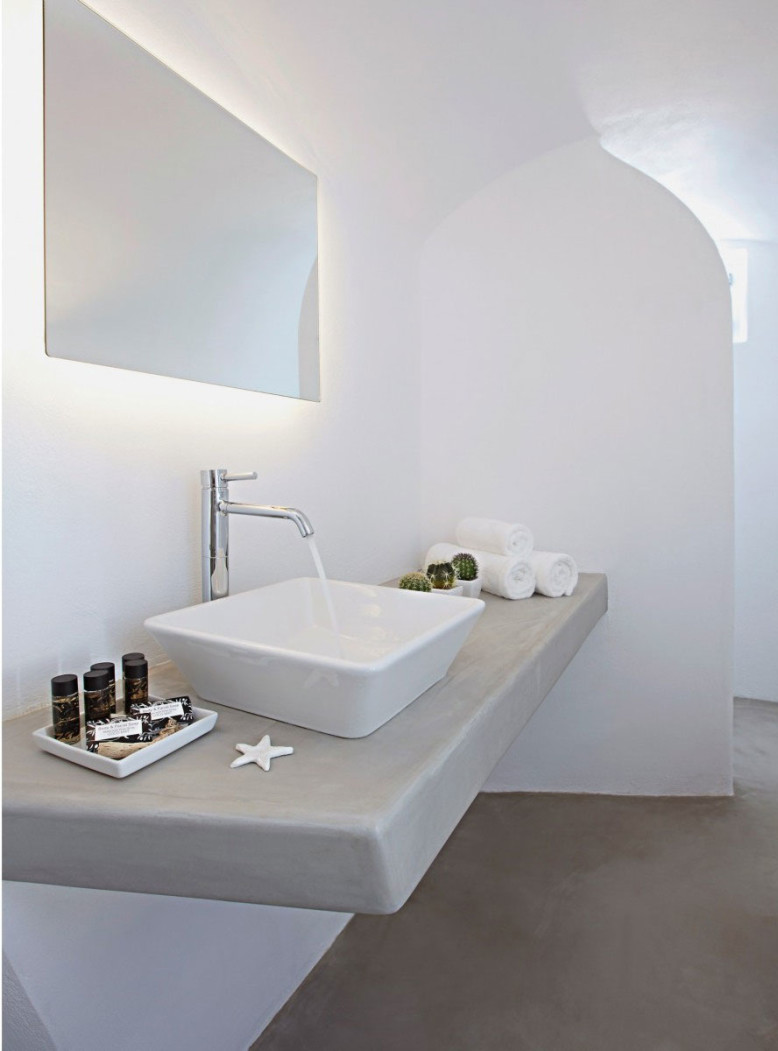 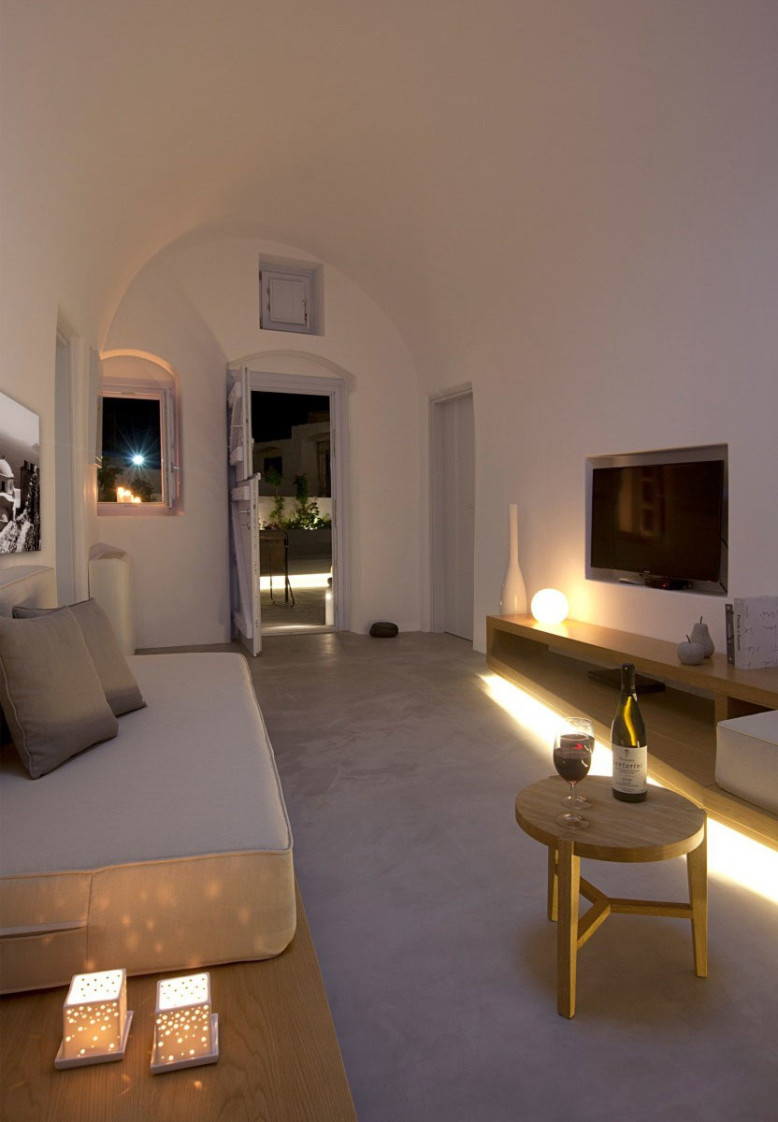 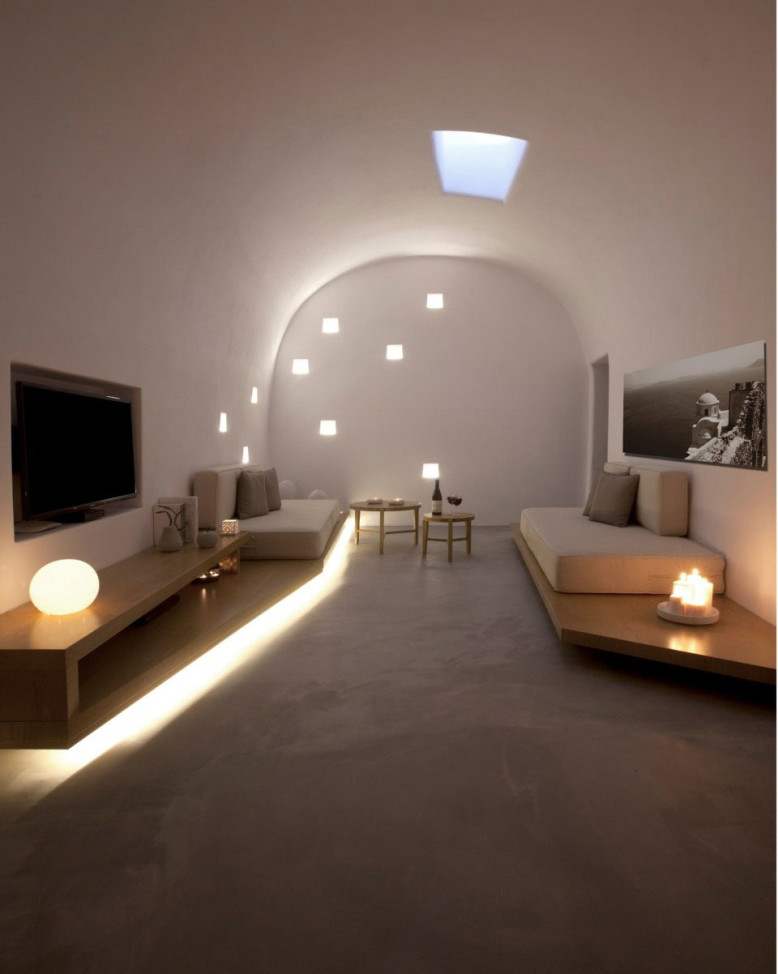 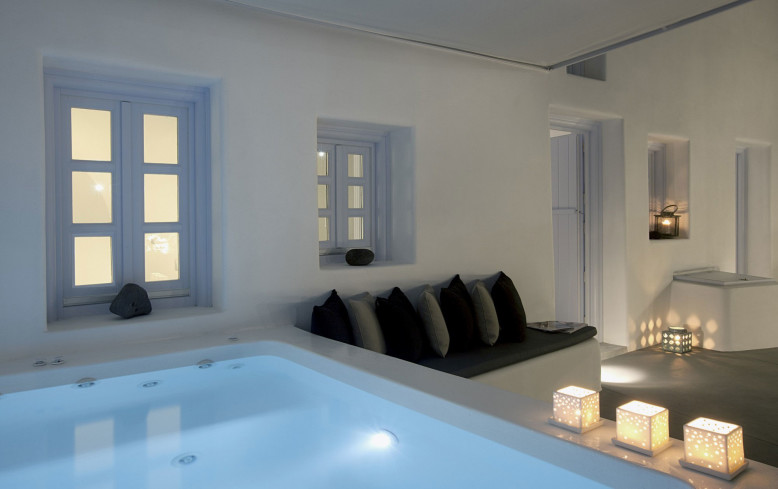 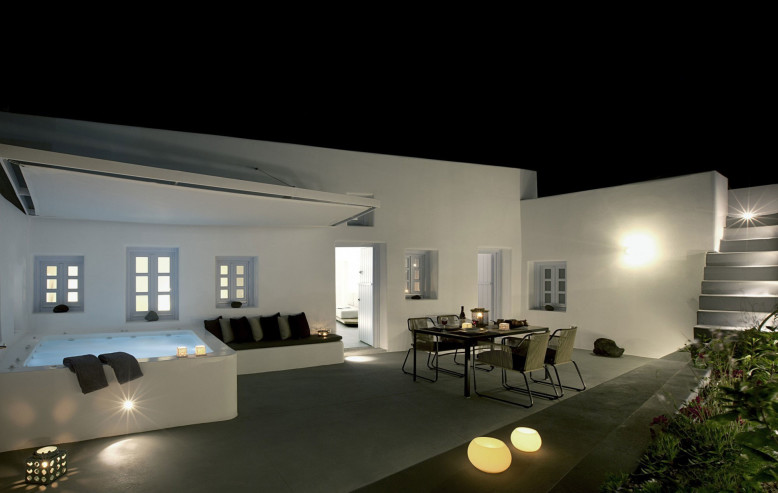 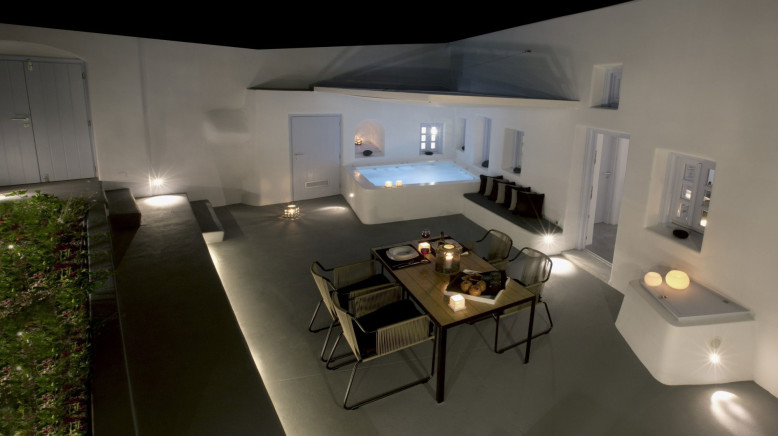 “Santorini” an situated on a breathtaking rock cliff, which welcomes you leaving you with the thought about the myth that this is part of the lost island of Atlantis and now reality.
The island of lava, sunsets, Aegean architecture and the extraordinary natural beauty of the volcano, deep-blue sea beaches and traditional community.
‘’Villa Anemolia’’ is located in the centre of the island in the midst of the traditional community of Megalochori which to this date still maintains their tradition without being influenced by modern times.
When arriving to Megalochori you will see the narrow streets, marble churches with the traditional architectural bells, traditional housing and the residence of captains , their endless vineyards which change your mood and take you to another period and time.
‘’Villa Anemolia’’ keeps the traditional setting of the 1900’s, which was renovated in 2013 by architects MPLUSM and civil engineer Tziotis Georgios and combining traditional Thira architecture to a minimal, refining what is still actually there, smart looking yet luxurious. It awaits your visit offering you an ideal accommodation in a traditional home, with special moments of rest, peace, serenity and of course lets not forget luxury.
’Villa Anemolia’’ is a traditional renovated building of 120 square metres (1,290 square feet) which can accommodate 2-6 guests with minimum three-night stay.
The villa has two independent bedrooms each with its own private bathroom. The premises is so spacious that two more guests can be accommodated on the sofabeds in the living room which is also very roomy.
The kitchen has all its appliances for your conveniences, also a fully furnished garden. We have a heated Jacuzzi, roof garden for private relaxation with a view of the community.” 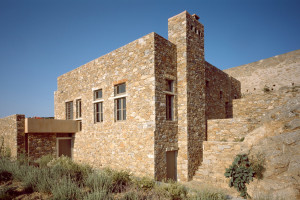 Syros House is a contemporary residence completed in March 2011[...] 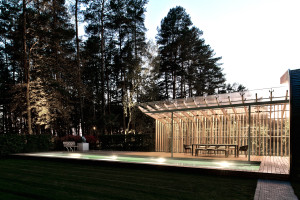 Villa G is a contemporary home designed by Audrius Ambrasas[...] 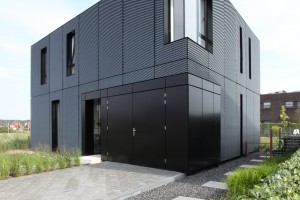 Villa DVT is a black aluminium box which hides a[...]